A royal replica created as the crowning glory of a Midlands jeweller’s career goes on auction in Lichfield TODAY. The astonishing facsimile of the King George IV State Diadem, officially named The Diamond Diadem, was crafted by Richard Witek in 2012, the Queen’s diamond jubilee year.

The priceless real diadem was commissioned especially for the king’s coronation in 1821 and continues to be worn by queens and queen consorts during coronation processions and state openings of Parliament and features in paintings, stamps and currency.

Mr Witek, 77, from Walsall, decided to make the regal reproduction a decade ago as a retirement project “just to see if I could do it” and worked from an image sourced online. 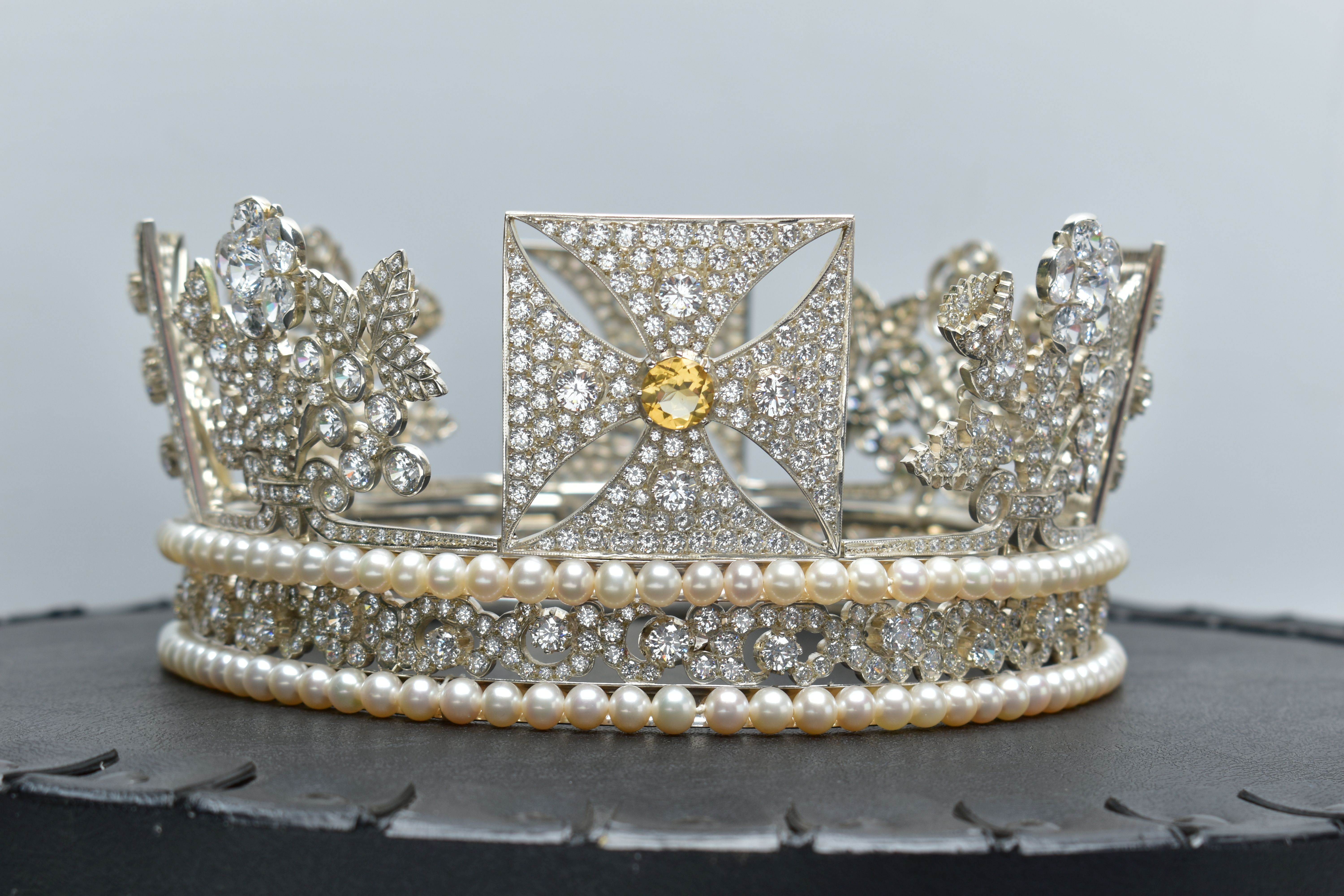 It goes under the hammer, today, with Richard Winterton Auctioneers at The Lichfield Auction Centre, Wood End Lane, Fradley Park, on Tuesday, July 26.

The catalogue can be viewed online now at https://bid.richardwinterton.co.uk/auctions/8245/srric10306.

Designed as a bandeau with two rows of freshwater cultured pearls below a series of four Maltese crosses, the replica is set throughout with cubic zirconia standing in for diamonds, with the principal cross featuring a yellow citrine. 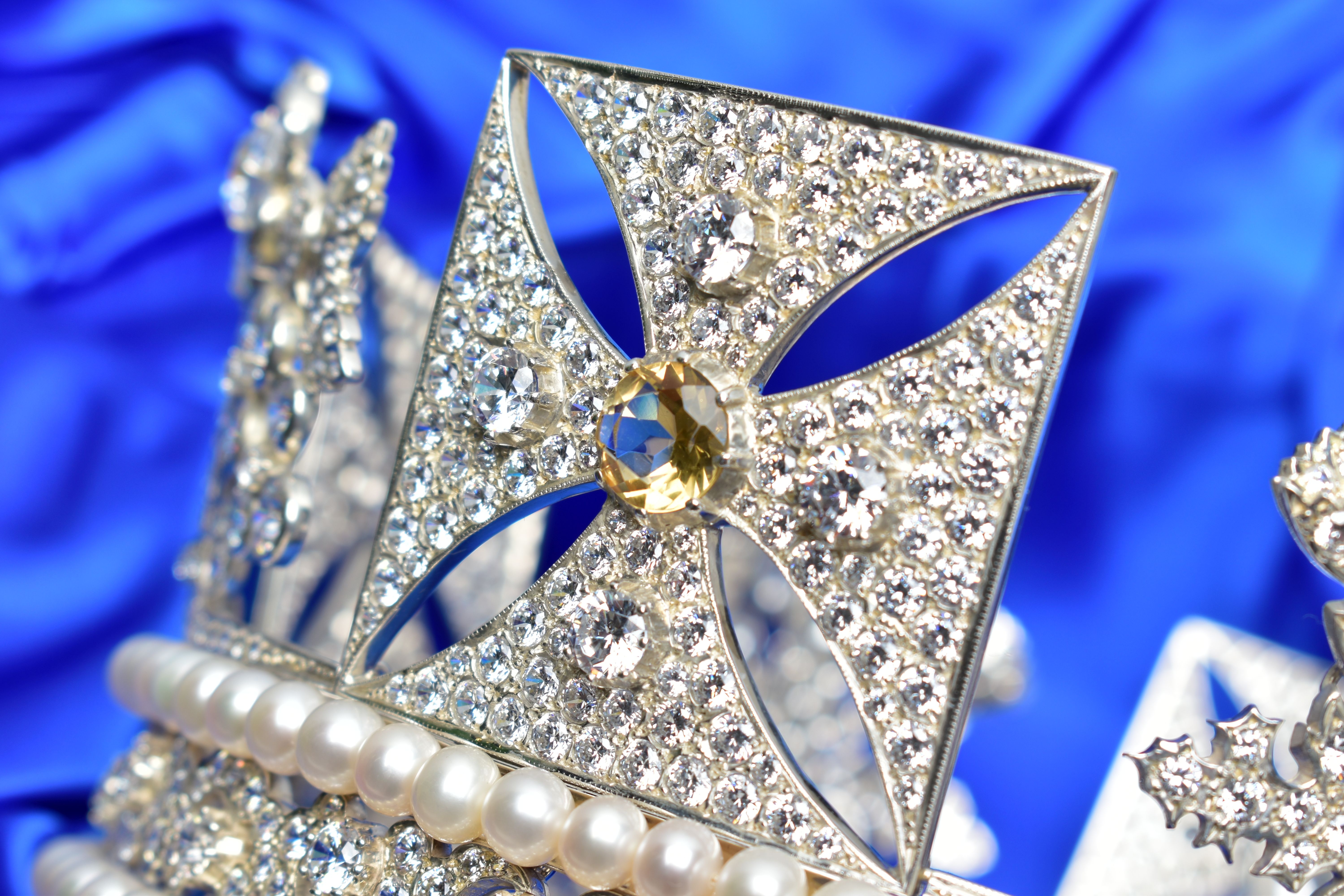 The replica is set throughout with cubic zirconia standing in for diamonds, with the principal cross featuring a yellow citrine.

It comes with a fitted round hard storage case and may be disassembled into nine pieces.

Mr. Witek modestly describes the replica as ’97 per cent accurate’.

“Hopefully someone out there will appreciate it for the work which has gone into it.”

“I did enjoy doing it – it’s a personal achievement representing the culmination of a lifetime in the jewellery trade.”

“I chose the diadem partly because of the 2012 jubilee and because I always wanted to make at least one piece which was not to be worn but admired for posterity.”

“Hopefully this gives a good impression of what the real one is like.”

“The crown was never meant to be worn but rather to go on show as a presentation piece,” said Mr Witek

Mr Witek started his career with a six-year apprenticeship at H Samuel in 1960 and later worked out of Birmingham’s Jewellery Quarter, specialising in handmade jewellery. He also spent 17 years teaching the trade at the School of Jewellery.

It is a stunning replica

These days the grandfather-of-two still keeps his hand in – by making one-off charms for his granddaughter.

Richard Winterton Auctioneers offers a range of free valuations and auction advice at locations across Lichfield, Sutton Coldfield and Tamworth.