The multi award-winning Birmingham Comedy Festival returns this month with more than 80 performances over 10 mirth-filled days from Friday, October 7 to Sunday, October 16. With stand-upcomedy, improv, theatre, podcasts, magic, and more on offer, they’re plenty to get excited about.

Now in its 21st year, the annual extravaganza shines a light on Birmingham’s vibrant-and often unsung-comedy scene, with a line-up that combines big-name acts with the best the Midlands has to offer.

Festival founder and director Dave Freak says this year’s festival has been a year in the making.

“We confirm the dates over a year in advance but most of the graft is in the spring, six months or so before the festival starts,” he explains. “There’s big shows-including appearances from BGT’s Axel Blake and Henning Wehn, plus West End musical Sister Act-but also loads of great acts you may not know,like Helen Bauer, Troy Hawke, and some of the very best acts from the West Midlands.

After two years of being hampered by Covid restrictions, 2022’s festival is back to full strength.

“The live, in-the-room festival didn’t happen in 2020, which was a shame,” says Dave. “But we kept the flag flying with some online activities which included streamed performances, a sketch show, and podcasts. It was a lovely thing, and featured contributions from Barbara Nice, Toyah, The Nightingales, Josh Pugh, Foka Wolf and Tat Vision, Clinton Baptiste, James Cook, Jumprov, and more. Black Country musician Dan Whitehouse also composed a new soundtrack to a Charlie Chaplin film. 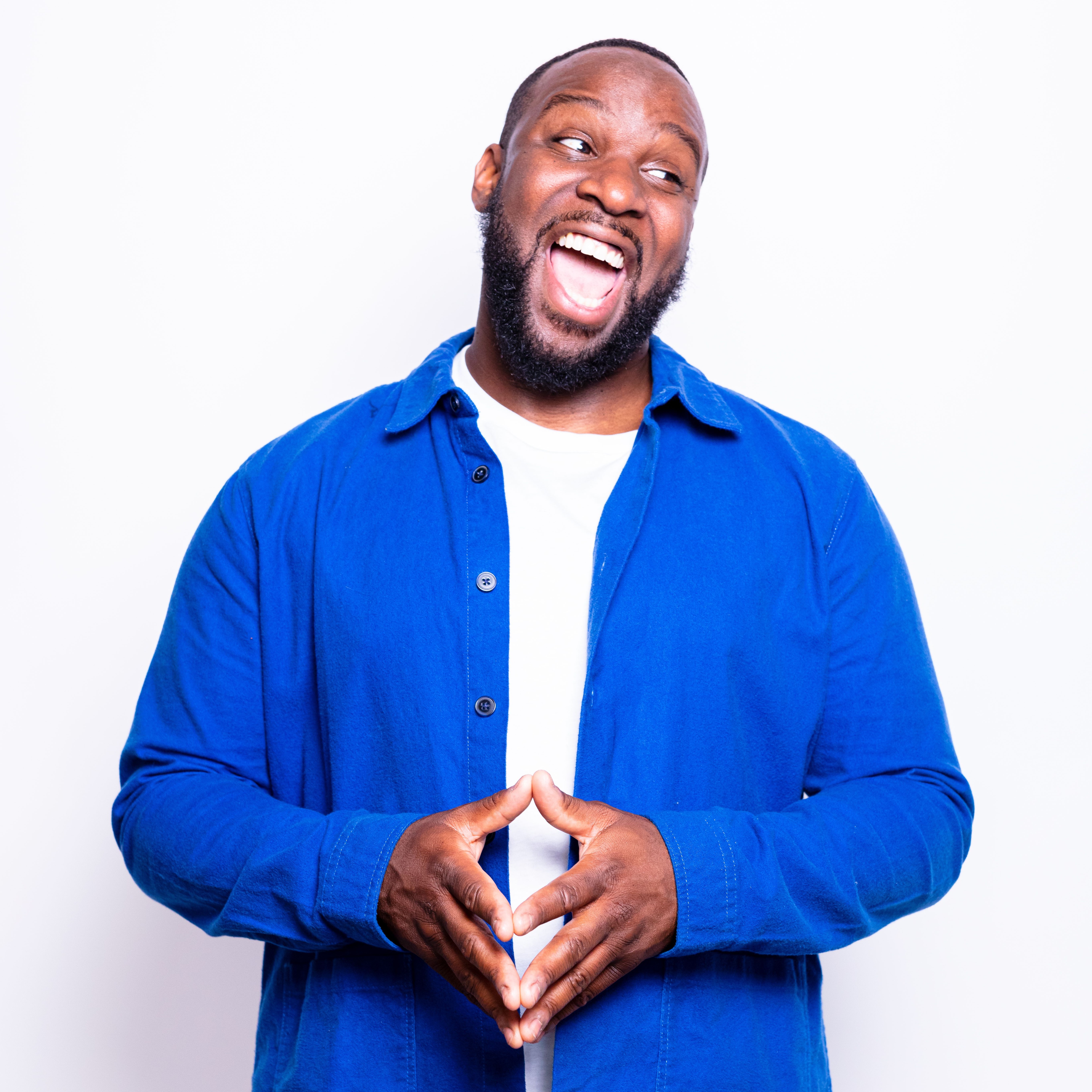 “We had planned a mini-festival in the spring of 2021 to mark our official 20th anniversary as our very first festival took place in the spring of 2001. But we had to cancel it due to Covid lockdowns. However, we were very much back live in October 2021 with an amazing festival: Russell Brand, Tailenders, Chris Ramsey, Jenny Eclair, Max Fosh, Mark Steel… and the response from audiences was amazing.

The festival launches with the Birmingham Comedy Festival Breaking Talent Award 2022 at The Glee Club on October 7, which sees five of the best new and emerging comics from the West Midlands take to the stage. This year’s nominees are Richard Dadd, Tal Davies, Jules O’Brian, Lovell Smith and Hannah Weetman. 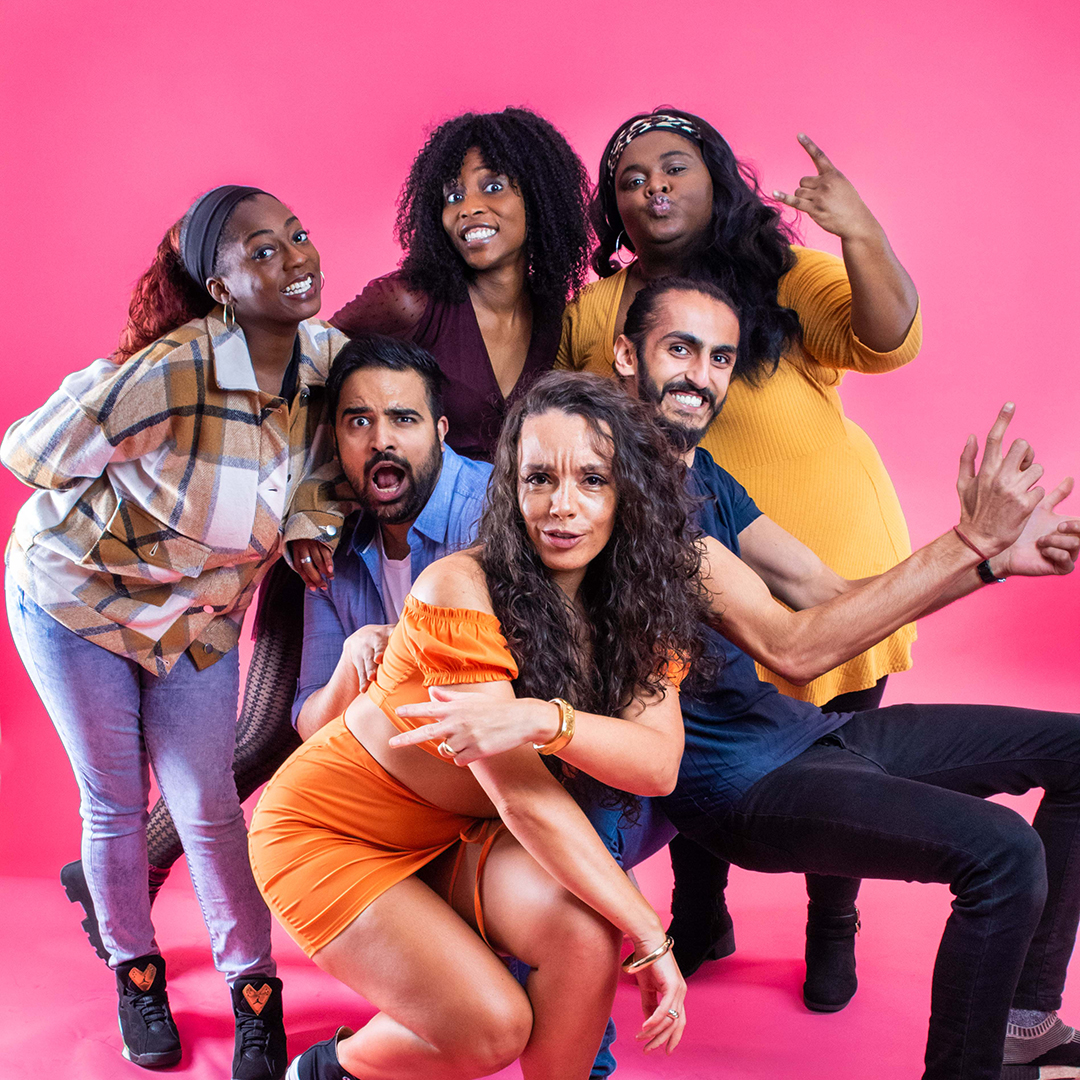 Brum improv group Jumprov! come to the Hippodrome on October 8

“It’s a great night,” says Dave. “Previous winners and participants include Celya AB, Josh Pugh, Gary Powndland, Lindsey Santoro, and Danny Clives. Some of them have gone on to gig with people like Joe Lycett, Guz Khan and The Guilty Feminist, pick up national comedy award nods, and make their way onto TV.

“We have a panel of comedy professionals who keep an eye on what’s happening over the last 12 months, and they make recommendations. We then invite some of those acts to participate in the Breaking Talent Award, so it’s not something anyone can enter. The Award is also only open to acts from Birmingham and the West Midlands, and was set up with the sole intention of helping comedians from the region gain exposure, to help give them a step-up. The West Midlands comedy scene is very strong. Come and see our Breaking Talent Award and find out for yourself. You’ll be impressed.”

With a mixed bag of acts, the festival caters to a huge variety of audience tastes.

“There’s so many different types of comedy,” says Dave. “If you like musical comedies, then Sister Act is for you; if you prefer slapstick, then you shouldn’t miss our Laurel and Hardy screenings; if you prefer your comedy with a social/political leaning, try Tom Mayhew; or if you like improvisation, then there’s Austentatious, the improvised Jane Austen novel featuring some of the UK’s best improvisers, plus Brum’s own Jumprov, Mary Flanigan and more.

“Check out the line up and take a punt-there’s lots of free stuff too, including our two Free Half-Dayers, featuring 18 acts across successive Sundays on October 9 and 16 at The Victoria and Cherry Reds, in the city centre. You can see as many shows as you like.”

The festival has been running for 21 years, starting life as a way to bring Birmingham’s comedy scene together.

“There were loads of small unconnected comedy nights and clubs around the city that had some pretty big names on, but unless you lived nearby, you probably didn’t know about them,” says Dave. “A festival seemed like a good way to show the city what was going on. It was a show of strength, if you will.

“Getting it off the ground was a feat, as was winning several What’s On Readers’ Awards for Best Arts Festival, as there’s so much competition now,” says Dave

“Launching the Breaking Talent Award in 2014 was so nice. Bringing radio’s The Goon Show and apreviously lost Tony Hancock script to the stage were both great-especially selling out The British Library in London with The Lost Hancocks.

“But the fact that the festival is totally unfunded and volunteer-led, and is still going, and still attracting attention-around 17,000 attended the 2021 festival-is pretty remarkable too.”