An award-winning Pakistani author has chosen to publish her latest book in Staffordshire. Jenny Amphlett found out why a county in the middle of a country 4,000 miles away was so appealing.

Bushra Naqi, who lives in the historic city of Lahore in the Punjab, was awarded the prestigious Patrus Bokhari Prize by the Government of Pakistan in honour of her literary contribution to the country.

Her latest book, Through The Cracks, has been published by North Staffordshire Press and was released simultaneously in the UK and Pakistan.

Written in English rather than Urdu, it is a collection of short stories that give an insight into Pakistani culture and look at both traditional and unconventional relationships.

The 69-year-old says that living in what she calls a traditionally conservative society encouraged her to ‘become a reactionary’ and challenge a ‘stagnant and static’ way of life.

The book, which Bushra says is partly autobiographical, gives snapshots into the lives of everyone from committed spinsters to women fleeing abusive relationships and from immigrants struggling to fit into their new country to people engaged in clandestine love affairs. 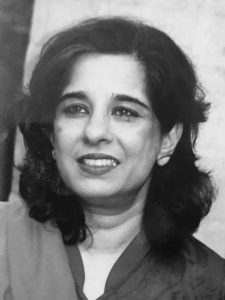 “There’s no state censorship in Pakistan,” she said. “People do write whatever they want to in my country. I wanted to publish in the UK because I thought there would be a market for my work there too.

“I found North Staffordshire Press on the internet and have found them very good to deal with, via emails and video calls.”

Bushra chose the book’s title, Through The Cracks, as each of her stories gives an insight into a different person’s life.

“We never really see people in their wholeness, we don’t get the whole picture, there’s always something concealed. I’m looking behind that,” she said.

Bushra studied creative writing at New York University after being introduced to classic English literature at a very young age by her father, who had studied at Cambridge University.

“My father told us a lot about life in England,” said Bushra. “I was reading the English classics at a very young age – Dickens, Shakespeare, Jane Austen, the Brontes. It helped me to develop a love for literature and reading.

“I started writing poetry when I was 19 and had my work published. I then found the medium of short stories more effective to articulate my observations about human nature.

“My stories are partly autobiographical – I had all of these stories inside of me somewhere.” 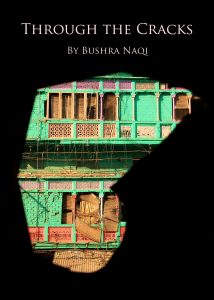 Through The Cracks by Bushra Naqi

award winner book books midlands people staffordshire
Share. Twitter Facebook Pinterest LinkedIn Tumblr Email
Previous ArticleMeet the team behind the Midlands theatre company determined the show will go on
Next Article From Strictly stars to elite athletes: the Birmingham specialists keeping them injury-free – and how they can help you