Lichfield’s very own superhero, Sebbie Hall has raised an astonishing £45,000 for charities by his selfless acts of kindness. Keyleigh Freeman spoke to Sebbie and his mother, Ashley Hall, to find out more

Nineteen-year-old Sebbie Hall lives with an extremely rare chromosome abnormality. But far from letting this get in his way, he uses it to inspire others. From his parents being told Sebbie would not be able to walk or talk, he has defied all odds by using his gentle and kind nature to help others.

The Sebbie Hall Kindness Foundation, launched this year, provides communication, art and sports opportunities and equipment to young people, and organisations that work with young people who are isolated due to disability, disadvantaged and or people with mental health issues. He inspires young people everyday with his saying: “Stay Safe, Be Kind, Leave No one Behind, Kindness is my Superpower“. 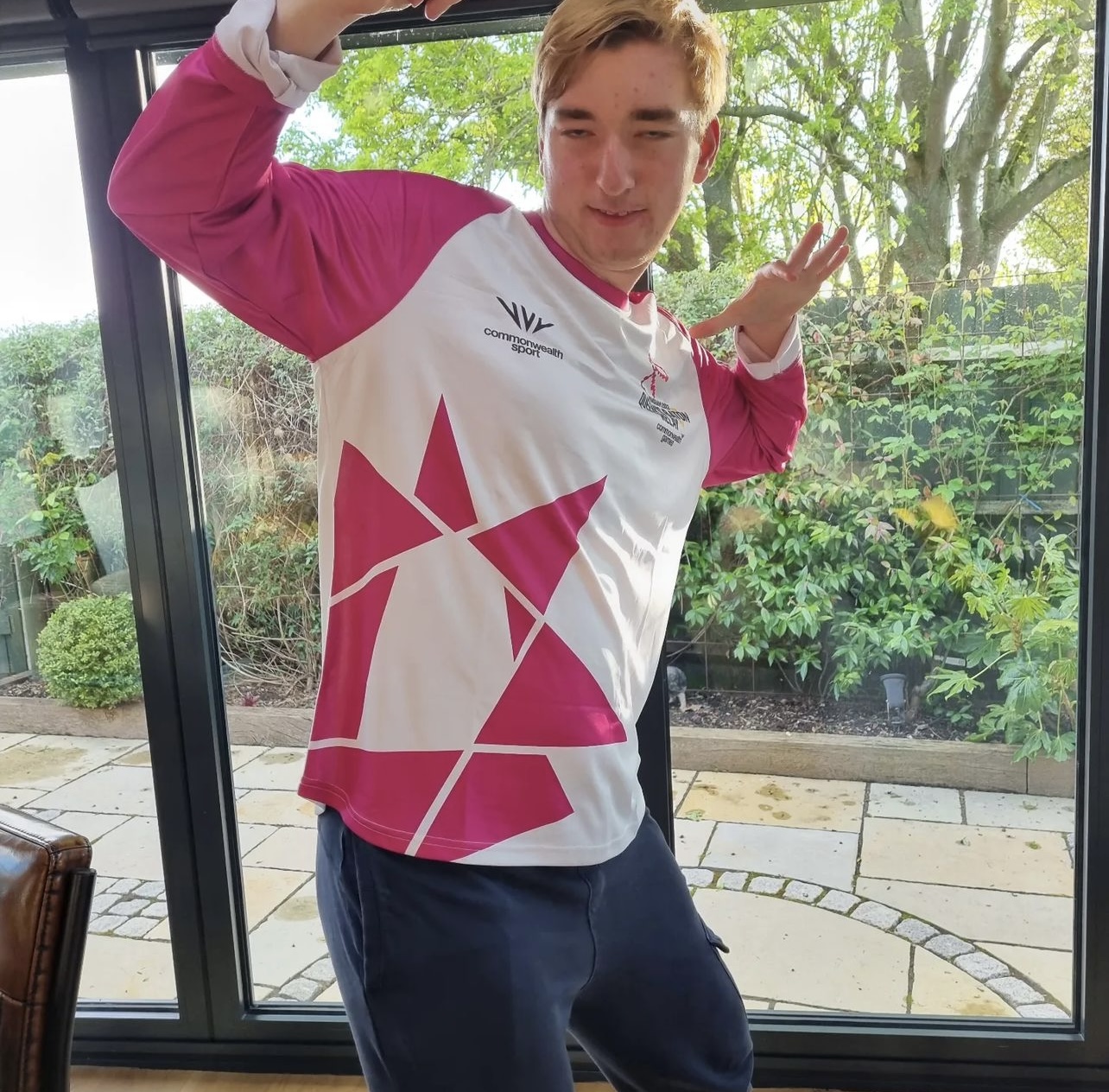 Sebbie realised by watching the news that people began to suffer mentally from isolation when the schools closed in March 2020 due to the national lockdown. However, instead of allowing the doom and gloom to take over he used online education platforms, exercise, and social online groups to alleviate the loneliness.

He learned, however, through his own isolation that some of his peers could not get access to online platforms such as Zoom to see or communicate with him due to disability and/or disadvantage. So he decided to turn his year into a positive one by raising money to help other isolated young people.

The 19-year-old has raised money in many different ways. In April last year Sebbie thoughtfully set out to make 100 ladies smile in one day by giving strangers a rose; the roses were kindly donated by The Co-Op.

Sebbie’s biggest act of kindness was when he sent 52 ‘Sebbie bears’ all the way to Scotland to be donated to Ukrainian orphans. The bears were stuffed with heartfelt messages, lots of kindness and lots of love. As well as the bears, Sebbie was able to send a generous donation of £1,350. Sebbie also celebrated the Ukrainian Orthadox Easter celebrations with children from Dnipro.

At the 2022 National Diversity Awards, Sebbie won the positive role model award, which was announced by Katie Price and her son, Sebbie’s new friend Harvey Price. Upon winning the award there was a montage of emotional messages, including a heartfelt ‘thank you’ message from Ant and Dec. To see the full video of Sebbie winning his award, click here. 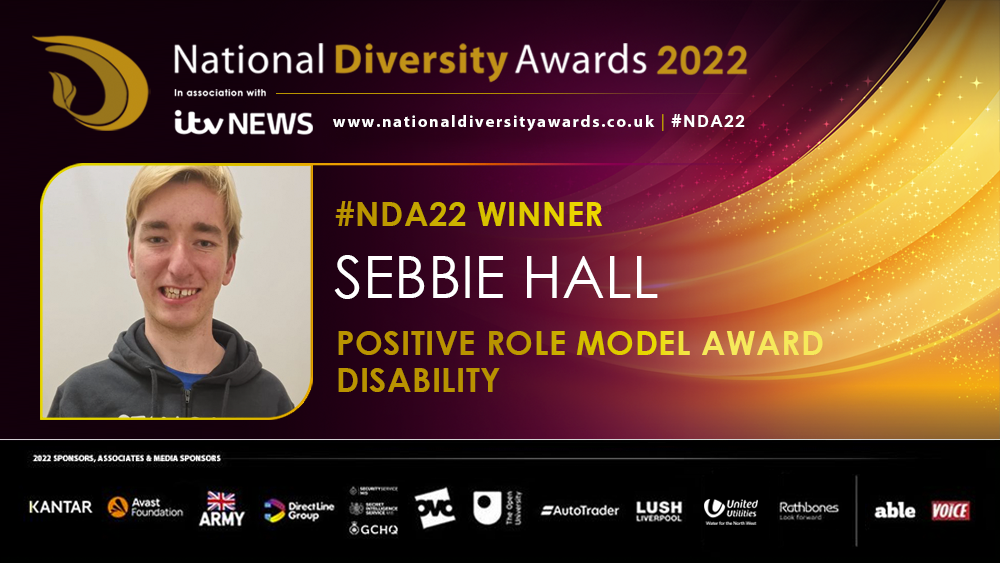 We asked Sebbie all about his journey in kindness, this is what he said:

You won the positive role model award at the NDA show, How did you feel in the moment?

“Very proud……I am so happy to have the award…it’s awesome.”

What has been your favourite, most memorable money raising moment so far?

How does it feel to know you have made such a difference to disadvantaged young people?

“They are all happy…..they have nice thoughts…..I feel so proud and I am a bit famous now too!”

“A big Christmas Act of Kindness with my new friend Harvey Price. The new goal is to get kindness to take over the world. I am trying to raise money to help disabled children in care at Christmas.” 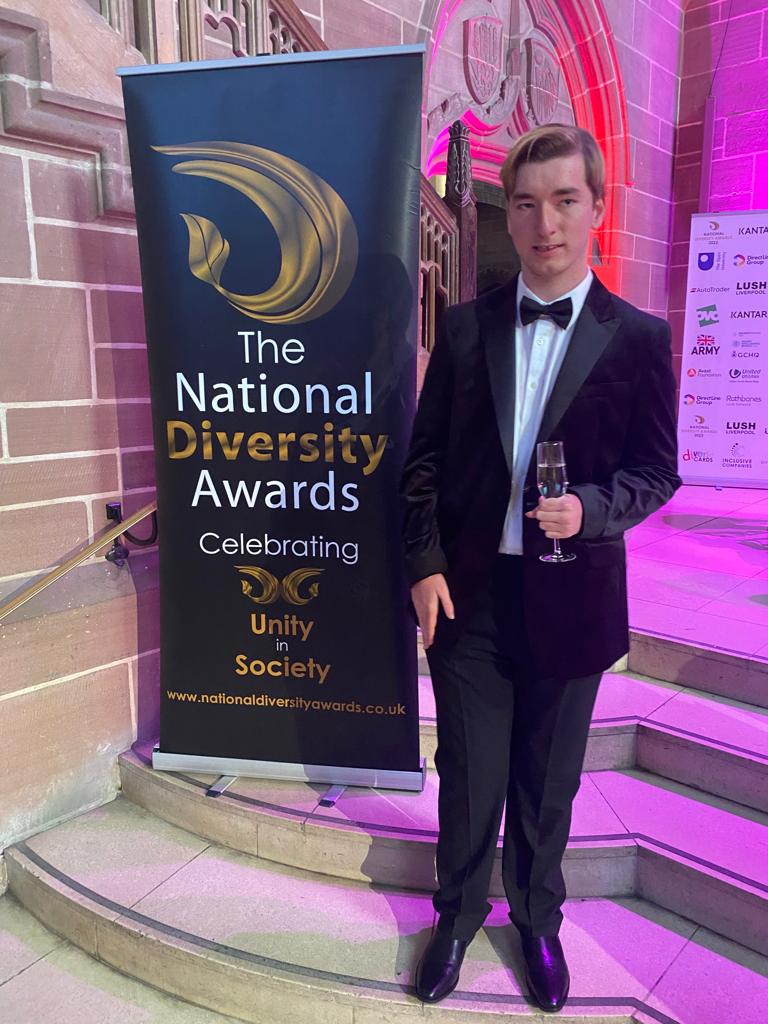 Sebbie’s Mum, Ashley Hall, is always seen by her son’s side with a proud, beaming smile. We spoke to Ashley about Sebbie’s journey so far:

What has been your proudest moment?

“When Sebbie attended the Royal Carol Service and sat so well opposite William and Kate. Although Sebbie can’t read he pretended to read the hymn sheet. I was so so proud.”

How did Sebbie approach you with his initial idea?

“He said he wanted to help his friends who were lonely and needed to raise money for them.”

“Sebbie cannot read or write, he struggles with everyday self-care and has weak muscle tone. Sebbie even struggles to turn in a light switch if his fingers are tired. This is why his achievements are just incredible. He doesn’t give up, he is determined to be his best self and he teaches me new ways of approaching the world every day. I am constantly inspired by him.”

What has been YOUR favourite moment so far?

“Seeing everyone smile when he makes them feel happy and then watching him become so proud afterwards.”

With Sebbie’s continued success and constant determination, we are excited to follow along on his journey to supporting even more young people. 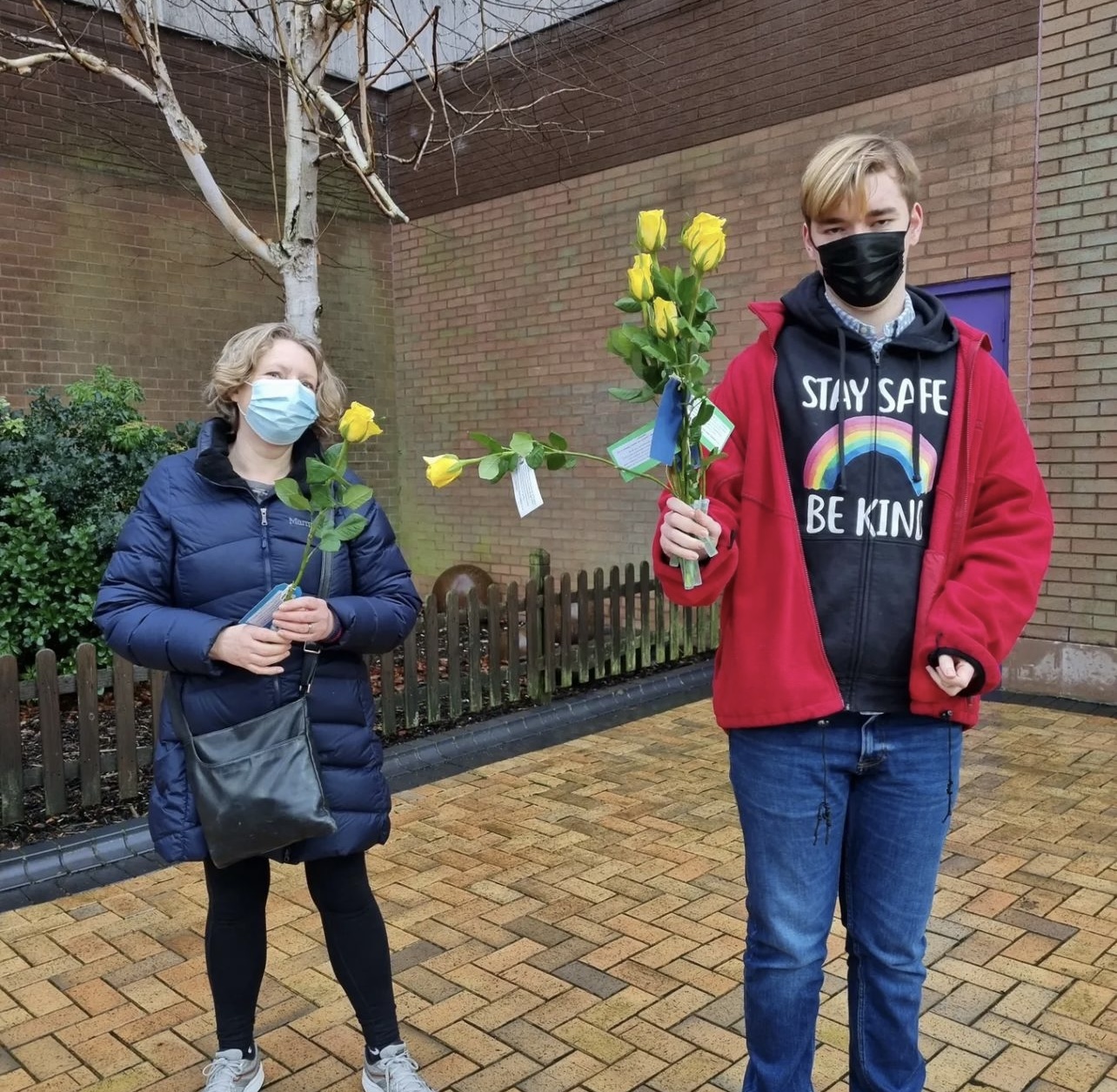