Toy collectors will be hoping to exterminate rivalling bids at a Richard Winterton Auctioneers sale this week.

The auction on Wednesday, August 17, features an array of vintage toys and collectables – including a mid-size replica of a Dalek. 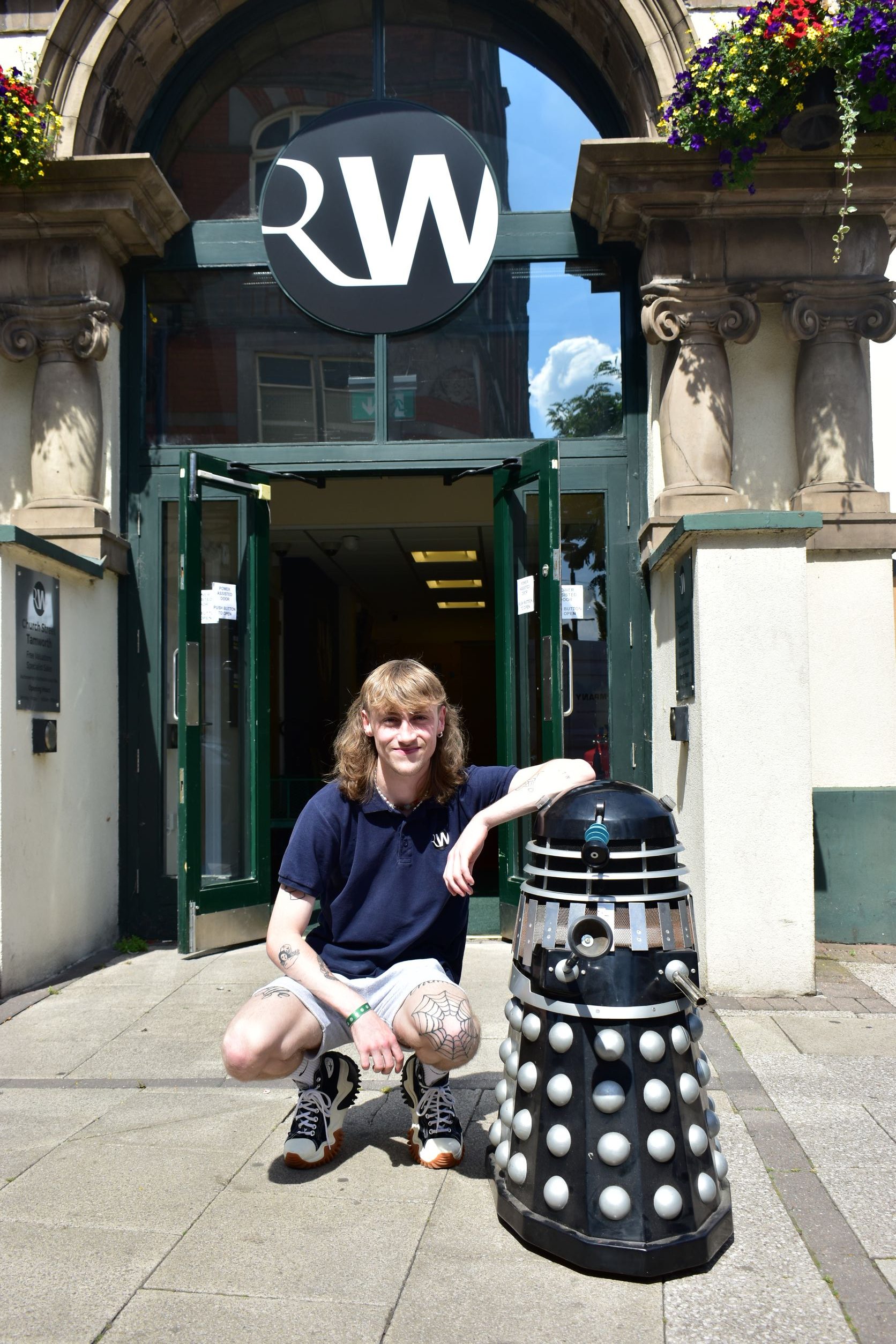 A Dalek patrols the saleroom in Church Street as the firm sets up for viewing.

The Doctor Who archnemesis joins other pop culture icons such as Star Wars figures and vehicles dating back to the 1970s and a huge selection of vintage Barbie and Sindy dolls.

Other 1960s toys include a Johnny Seven ‘One Man Army’ toy rifle plus collectable dicast models including a Dinky Joe 90 vehicle and the all-time classic James Bond Corgi, the Aston Martin DB5 released to tie in with Goldfinger. 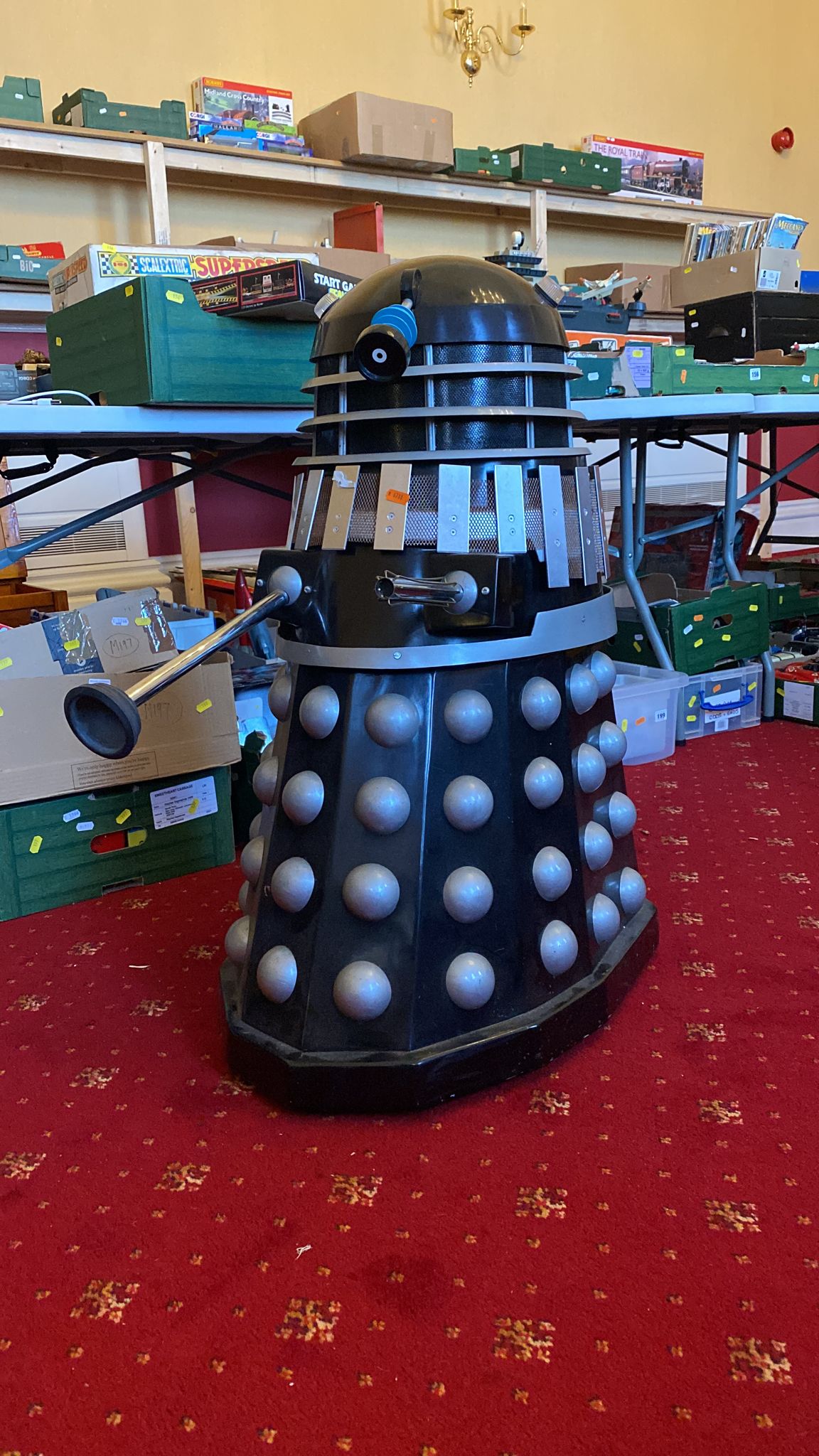 “The market for vintage toys is very popular, bringing together lifelong collectors and enthusiasts with people seeking to reacquaint themselves with toys they enjoyed as children,” said auctioneer Richard Winterton. 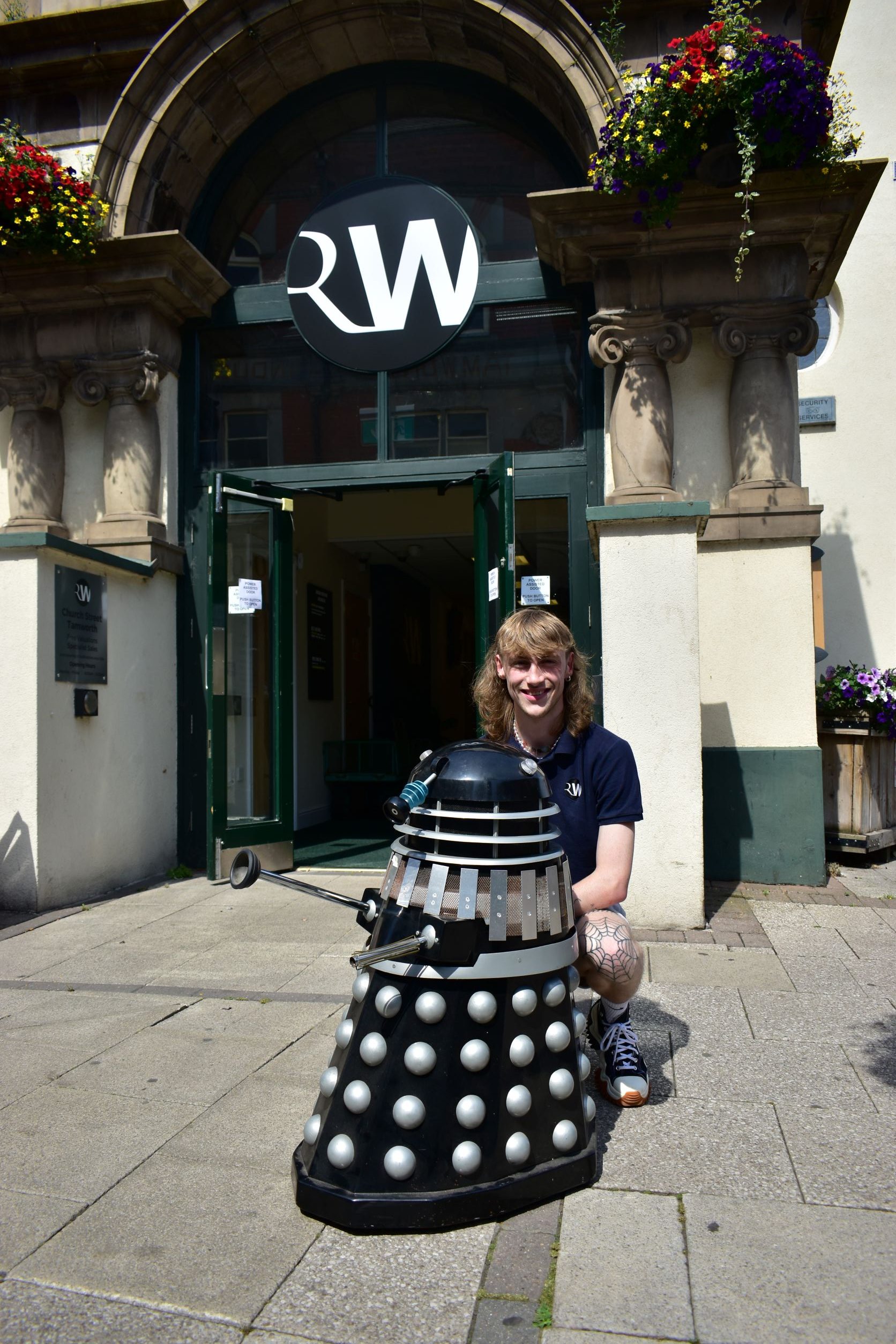 “We’re looking forward to welcoming bidders in the room as well as others from across the galaxy via the internet!”

The sale at the Tamworth Auction Rooms starts at 9.30am. 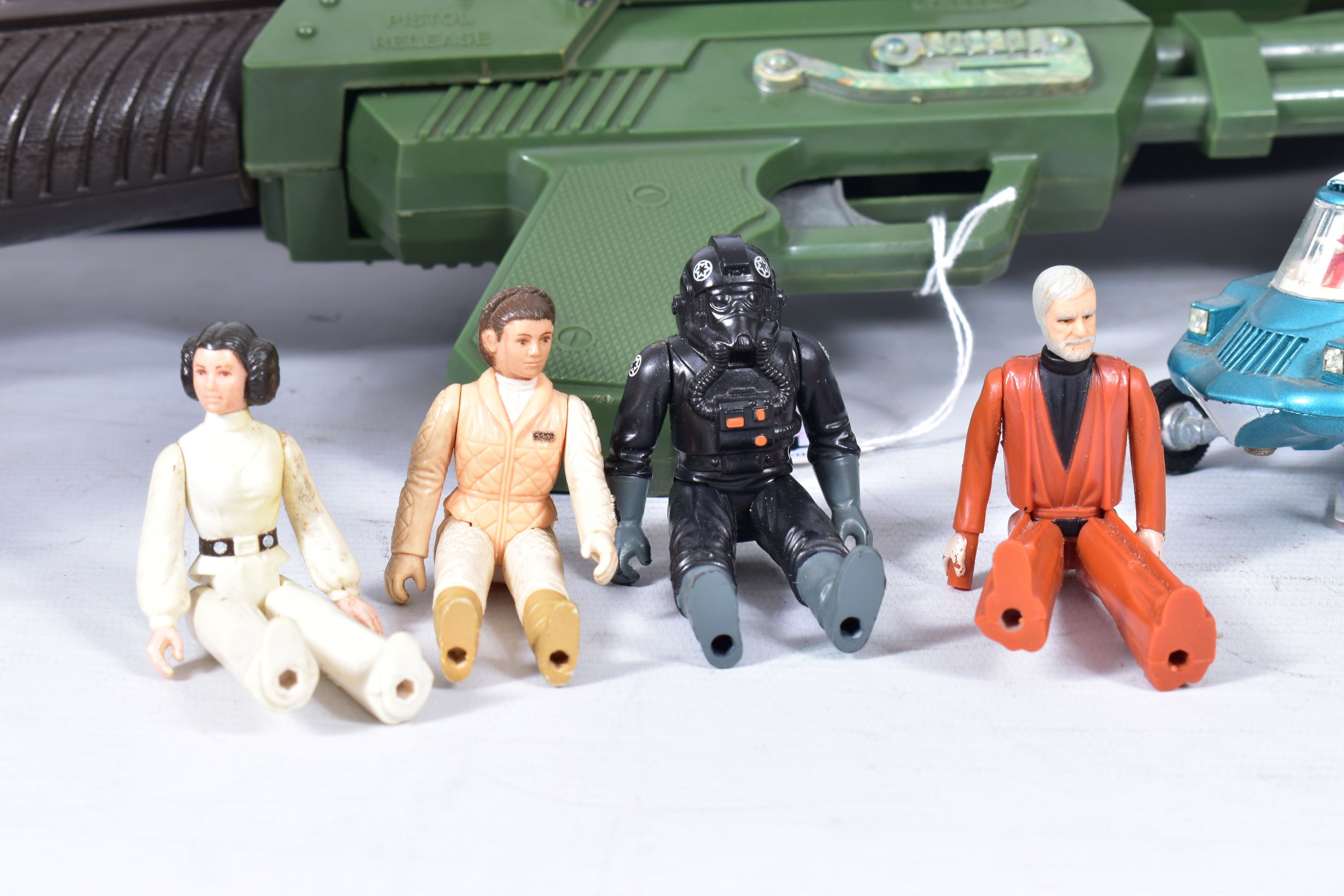 Princess Leia and Obi-Wan Kenobi are among the Star Wars figures in the sale.

Viewing takes place at the Church Street premises by appointment from 10am-4pm on Tuesday, August 16, and the catalogue will be available online at www.richardwinterton.co.uk/auction-dates. 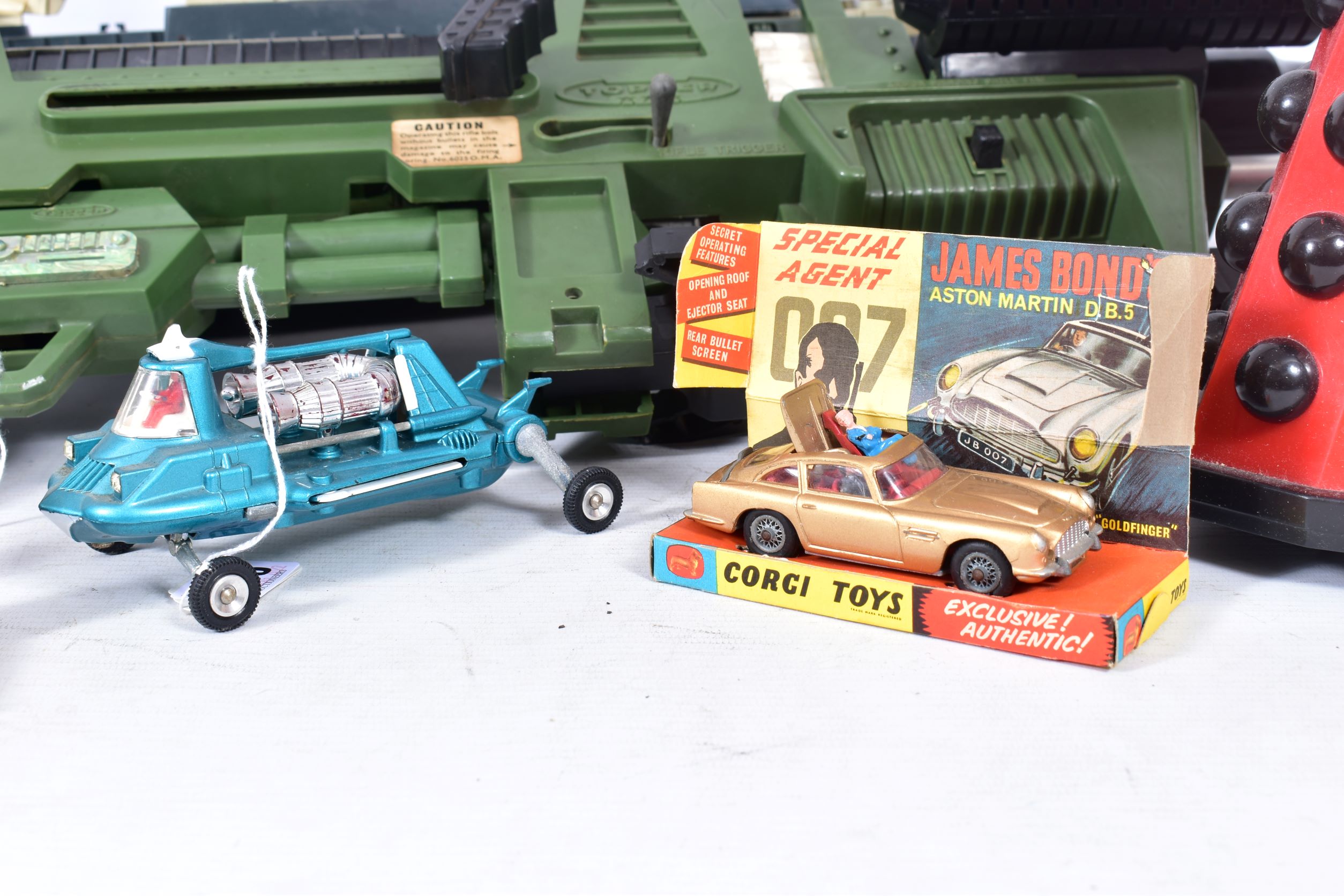 A Dinky Joe 90 vehicle and a James Bond Aston Martin DB5 released by Corgi to tie in with Goldfinger.

To book viewing or to arrange a free valuation of toys or railwayana, call 01827 217746 or email tamworth@richardwinterton.co.uk.