He’s one of the best professional chefs in the country, and that’s official. Jenny Amphlett met MasterChef: The Professionals winner Alex Webb when he visited Lichfield to cook for the people of the Midlands

Alex Webb was crowned champion of MasterChef:The Professionals 2020 little more than a month ago – yet he’s still found time to travel to the Midlands to cook his TV recipes for you to enjoy at home.

The 25-year-old, who is usually the head chef of a restaurant in Essex, joined forces with Lichfield-based Sauce Supper Club to guest create their Dine at Home boxes for one week only.

He spent the week working in the Sauce Supper Club kitchen to recreate some of the dishes that helped secure him the coveted Masterchef title.

His 115 boxes each included everything needed for a fine dining experience at home for two people. One even went to the home of MasterChef: The Professionals judge Marcus Wareing.

The food was all prepared and cooked by Alex personally and simply needed to be heated and plated, following instructions prepared by Alex and shared in a YouTube video.

He said: “I think everyone is struggling in one way or another at the moment. At the end of a tough week people can look forward to having a Dine at Home box at the weekend. It’s like eating out, and a great way for people to give themselves a treat.”

Alex is currently furloughed from his role as the head chef of a restaurant in Great Dunmow, Essex, so is spending his time cooking for people’s own fine dining at home experiences – including creating the dine at home boxes for Sauce Supper Club.

It involved spending a week in Lichfield, a city he’d never previously visited.

“The closest I’d ever been was Birmingham, to watch the football. It was lovely to walk through Lichfield itself and to see all the cobbled streets and the old buildings. 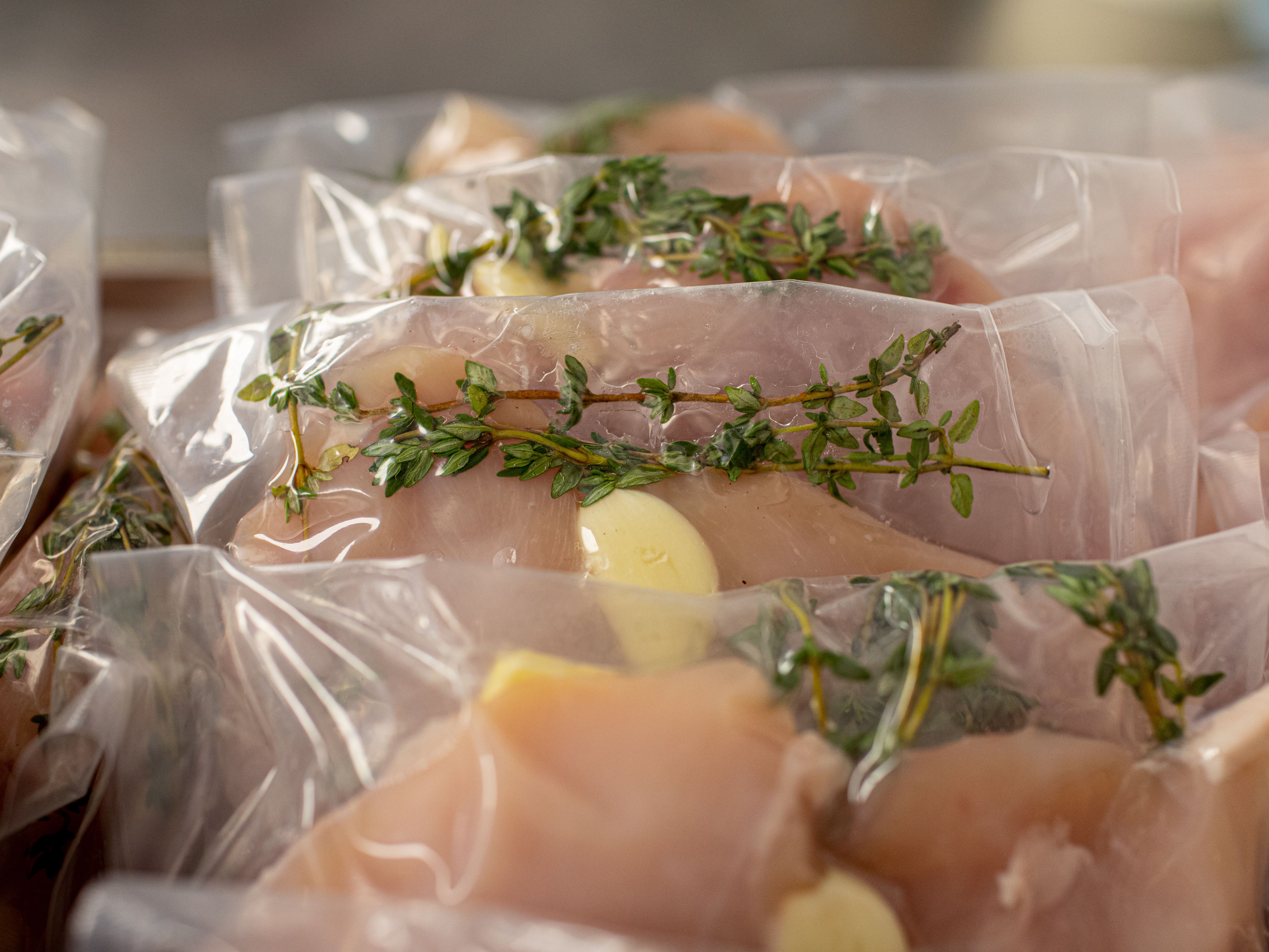 “The people I’ve encountered have all been incredibly friendly, including John and Beth at Sauce Supper Club.

“The dine at home boxes sold out pretty quickly – within a day. It was lovely that so many people wanted to try my cooking.

“Although everyone eats the food in their own home it can be a shared experience if they post photographs on social media for other people enjoying the food to see.”

He adapted some of the recipes that helped him on the way to being crowned MasterChef champion, but multiplied the quantities of ingredients required many times over.

“I followed my soda bread recipe and multiplied it by 34,” he said. “And I made 21 kilos of vanilla parfait using 600 eggs. 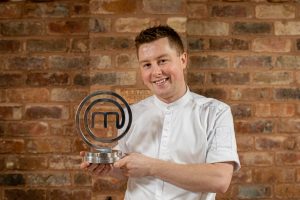 Alex Webb with his MasterChef trophy. Photography by Becky Tranter.

“I was creating enough food for 230 people – which is an awful lot of people even in more normal times. John and Beth were great at helping me with any extra ingredients I needed.

“The most time consuming part of creating the dine at home boxes was putting everything into individual tubs and pots rather than straight onto a plate as we would usually. That takes some getting used to.”

In more normal times Alex is the head chef of the same restaurant he started work in at the age of 15, when he was employed as a part-time pot washer.

He has worked in Michelin-starred restaurants in London along the way, including The Connaught and Roux, before returning to his hometown as a head chef in 2018.

To find out more about Dine at Home visit www.saucesupperclub.co.uk