Lee DeSanges, award-winning chef and owner of Baked in Brick, is opening his first Bakehouse in his hometown of Sutton Coldfield. Katy Edgington finds out more

A former ironmongers shop in Sutton Coldfield has undergone a major transformation this spring. The building will be given a new lease of life by Bakehouse, a brand new three-floor bakery, café and eatery from the Baked in Brick team, which is set to open by early June.

A stone’s throw from town

“I’ve always wanted to open a place in Sutton Coldfield,” Lee says. “It is where I’m from, so I’ve got lots of family and friends nearby, and the business is quite well known in Sutton Coldfield because everybody recognises it’s run by somebody from the area. There’s a lot of buzz.

“It’s also quite fortunate that the premises is in front of a primary school, to the left of a secondary school, with lots of residential housing around it, and the actual town centre only a stone’s throw away.

“I love baking bread, and I really geek out on things like sourdough. So to move into that in a shop is really cool. I just think there’s something so wholesome about a bakery – selling bread and cakes and croissants – it’s really nice.” 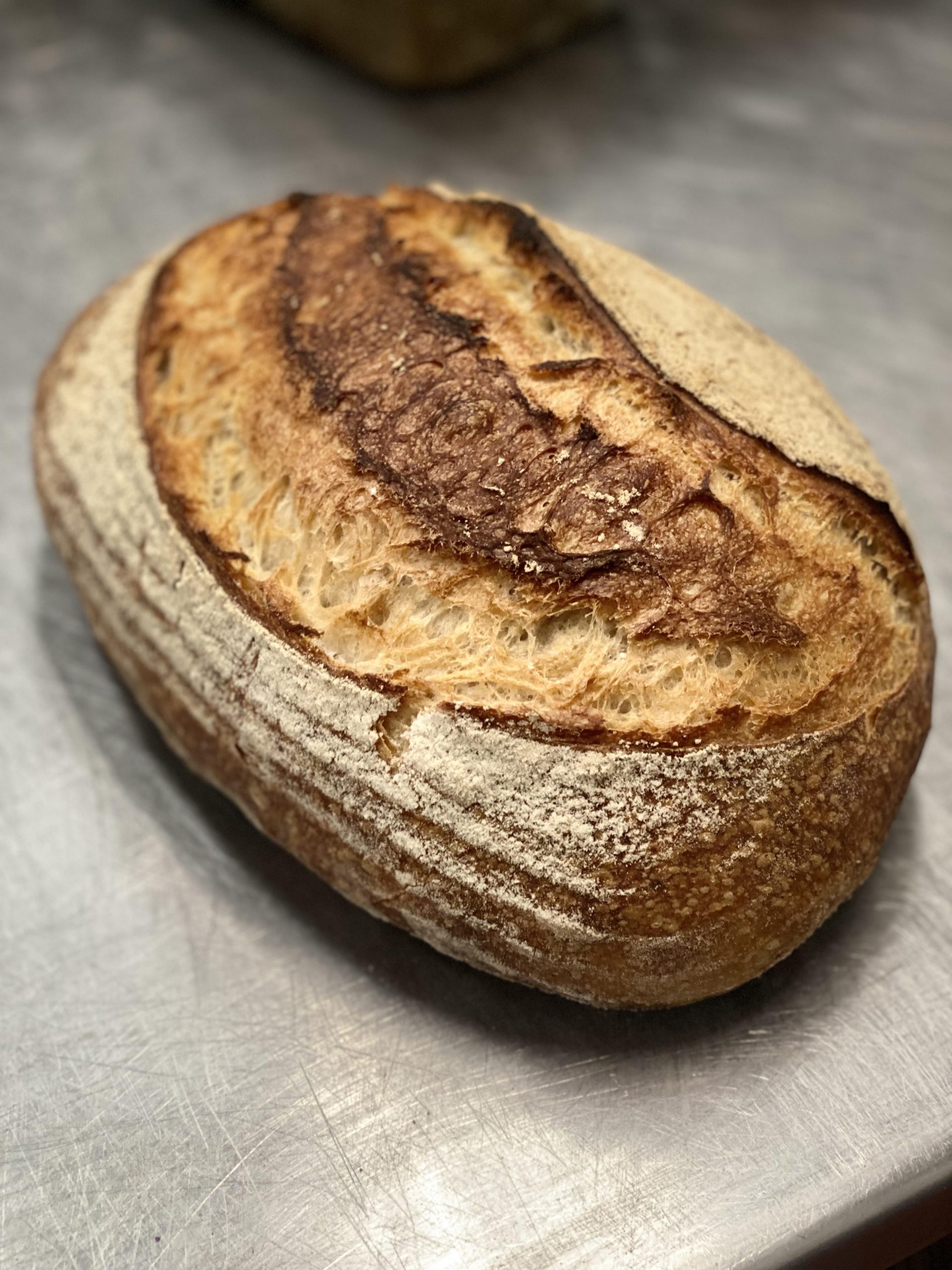 Sourdough is one of Lee’s loves

The Baked in Brick story starts back in 2015, when classically trained chef Lee converted a classic Mini into an unlikely street food business. He installed a hand-built pizza oven on the back and a BBQ under the bonnet in a novel way to apply his love of cooking over fire.

Baked in Brick was an overnight success, achieving recognition in 2016 as ‘Best Street Food Trader’ at the British Street Food Awards with a menu that included pizzas and chicken tikka wraps. In 2017, Lee travelled to Berlin in his newly converted VW LT28 to compete in the European Street Food Awards. There he won ‘Best Main Course’ for his beef shin ragu and wild mushroom calzone with Colston Bassett blue stilton dip – plus the top accolade of ‘Best Street Food in Europe’.

From seeds sown in the pandemic

Then, in 2019, Lee made the transition from street food, events and festivals into bricks and mortar. He opened his first Baked in Brick restaurant within the iconic Custard Factory in Digbeth.

“Setting up a restaurant is very different to operating a street food business, from hiring front of house staff and chefs to running the business in a more streamlined way,” he notes. “In street food it’s very much a case of you turning up, selling your street food, paying your pitch fee and going home.

“If you don’t sell very much, you don’t have all the overheads like electricity bills, rates and everything else that comes with a restaurant. Third venue in, we’ve got a much more structured business. We’re ready and really excited to open the next venue.”

Lee explains that although he’s always been keen to have a bakery, the seeds of the Baked in Brick Bakehouse concept came about because of the pandemic. During lockdown he was doing street food popups in car parks just to keep the business going. With burger buns practically impossible to get hold of elsewhere, he was baking all of his own buns – and requests to buy them were flooding in.

“We had all the bakery equipment at our industrial unit in Erdington where we do the wholesale baking, so we’d open up the shutters on a Saturday, post about it on social media, and people from the local community would come along to buy their bread and cakes,” Lee explains. “We got such a good response to that, that’s why we decided to go for it and open a shop.”

All of Bakehouse’s bread and cakes will be made off-site at Baked in Brick’s wholesale bakery, which is just five minutes away. One of Lee’s personal favourites is their double chocolate brownie – cooked for just the right length of time to stay perfectly gooey.

The on-site kitchen will be where the brunch, lunch and evening menus are prepared. It sits on the ground floor of the three-floor venue, where the team will sell baked goods and there are 12 covers as well as customer toilets. On the first floor, you will find two good-sized lounge rooms with plenty of comfortable seating, while the second floor space will be available to hire for hosting business meetings, interviews or launches. 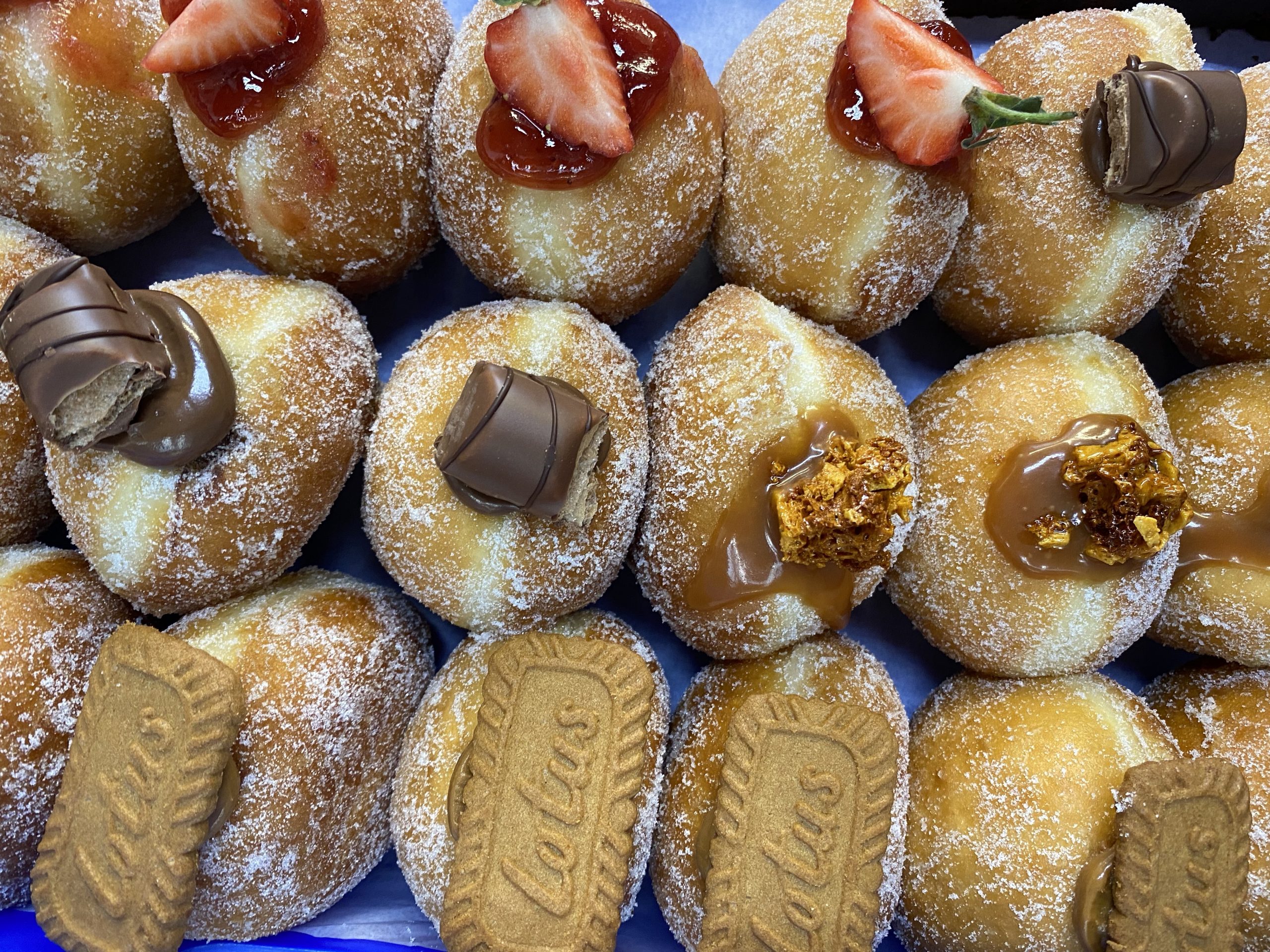 Bread, cakes and patisserie will all be available at Bakehouse

Bakehouse by Baked in Brick also has a drinks licence, so the venue will be open on Thursday, Friday and Saturday evenings. The staple food offerings will consist of things like charcuterie and cheese boards, and Lee also plans to have some cicchetti available. Originating in Venice, these are popular Italian bar snacks or small plates, similar to tapas, that will be pre-made on the counter ready for you to pick a selection.

You can expect occasional pop-ups as well, from paella nights, burger nights and pizza nights, to three-course meals for special dates like Valentine’s Day. The plan is to keep the evening offering interesting by constantly changing and evolving.

So, what’s next for the Baked in Brick brand? Can we expect more Bakehouses around the West Midlands?

“I would love to open more Bakehouses because I think people love good bread, good food and good coffee,” says Lee. “If the right site came up, I’d open another Baked in Brick pizzeria street food restaurant. I’m lucky in the sense that we get offered a lot of different opportunities. It’s finding the balance of making sure we don’t overdo it, but that we do take up the right opportunities.”

Meanwhile at Bakehouse, where you’ll be able to pick up staples like butter and milk alongside your bread, cakes and patisserie, Lee is hoping locals will embrace his vision: “I see it as a friendly, independent, neighbourhood bakery and coffee shop, and I’m hoping that’s how the community will see it too.”

Bakehouse by Baked in Brick will be open Monday to Wednesday from 8am-4pm, Thursday to Saturday from 8am to 10:30pm, and Sundays from 9am to 4pm.

To see menus and subscribe to stay up to date, visit www.bakedinbrick.co.uk