The yuletide season will be kicked off in style at the end of this month as Christmas lights get switched on around the Midlands. Here we round up some of the best local events, with entertainment for all the family.

Tamworth Borough Council is delighted to be able to spread the Christmas spirit with residents and visitors through the annual lights switch-on event on Sunday, November 27.

The fun kicks off at 2pm with food and drink stalls, fairground rides, walkabout characters and face painting.

Entertainment will centre around a stage set in St Editha’s Square, with a variety of live performances from 3pm, including RockSchool, D-Day Juniors, Bryan Brindley and the Tamworth Pantomime Company. Plus, don’t miss an extra special visit from the main man Santa making an appearance with the Tamworth Rotary Club prior to the main event of the light switch-on at 5pm. 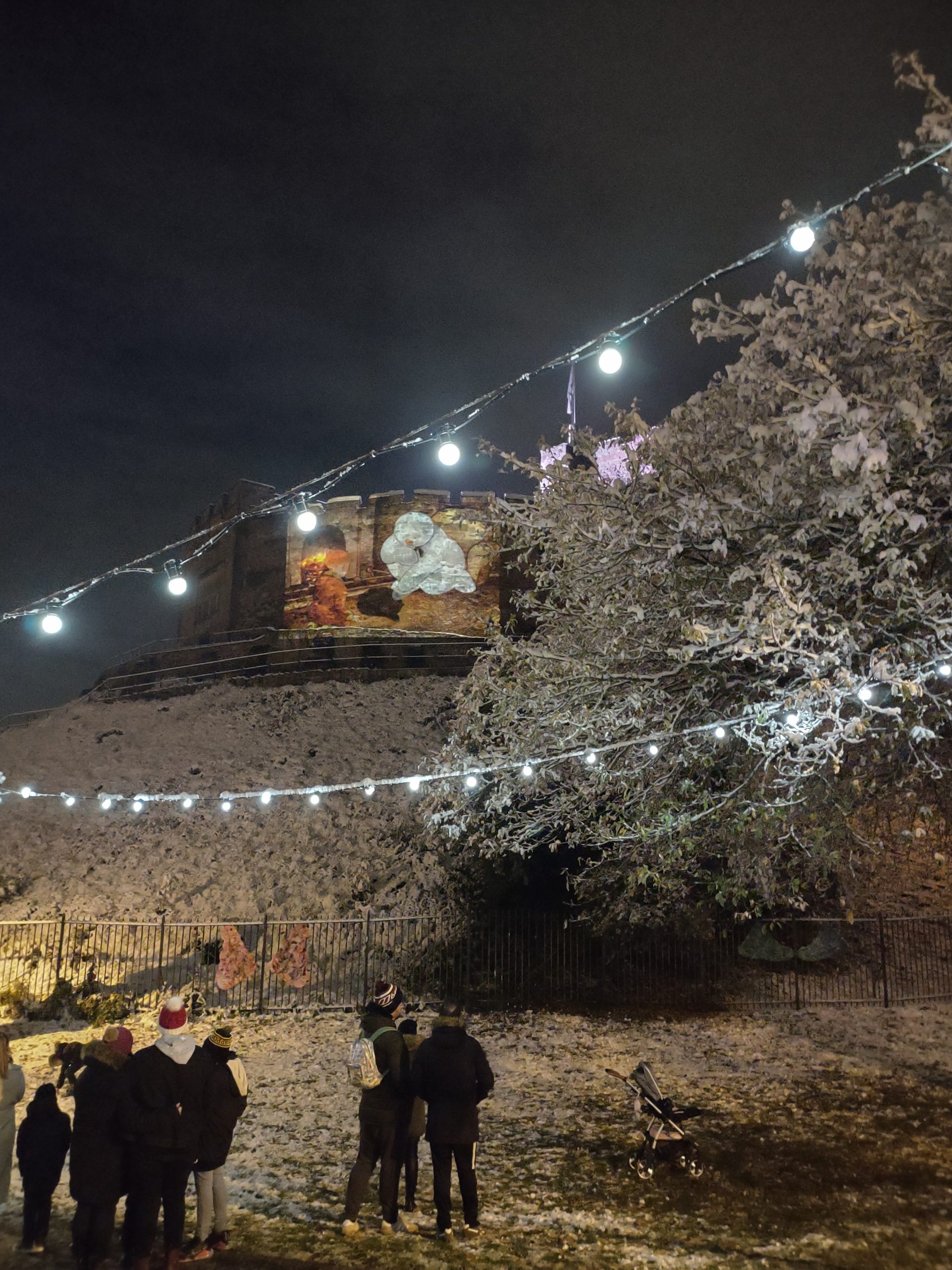 The Snowman Projection at Tamworth Castle will run from 5.30pm – 5.55pm.

Following the huge success of last year, Tamworth Castle will be lit up again with an animated short 20–30-minute showing of the festive film The Snowman, projected on the outside of the castle at 5.30pm.

The film tells the story of a young boy who builds a snowman which comes to life and takes him to the North Pole to meet Santa Claus. No Christmas is complete without hearing the classic ‘Walking in the Air’ soundtrack – so join in and sing along.

NUE have delivered online art workshops at schools on the run up to the event with over 300 children participating. Some of the artwork will be included in the showreel along with works from professional artists.

Vic Brown, founder of NUE said: “After the huge success of last year’s Tamworth Castle Christmas projection, we are excited to be screening a brand new showreel at the Christmas Light Switch-On event.

“This year we have invited a diverse range of groups to participate in the project including the fantastic BFAB performing arts group.

“Amington Band have provided some of the backing music for the project that will showcase local talent of all ages and abilities. It will be a truly impressive screening projection on the iconic walls of our great castle monument.”

Timetable for the day: 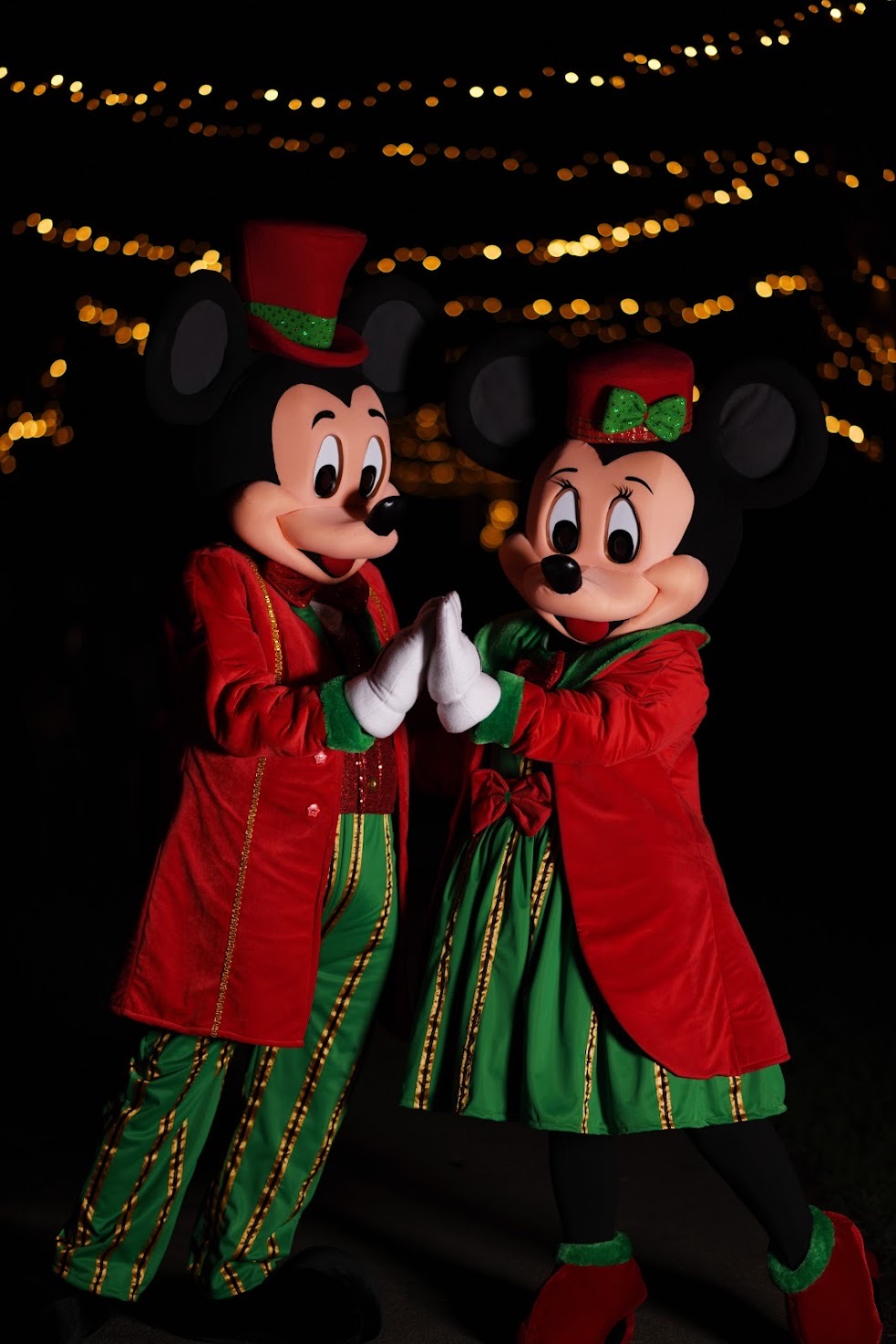 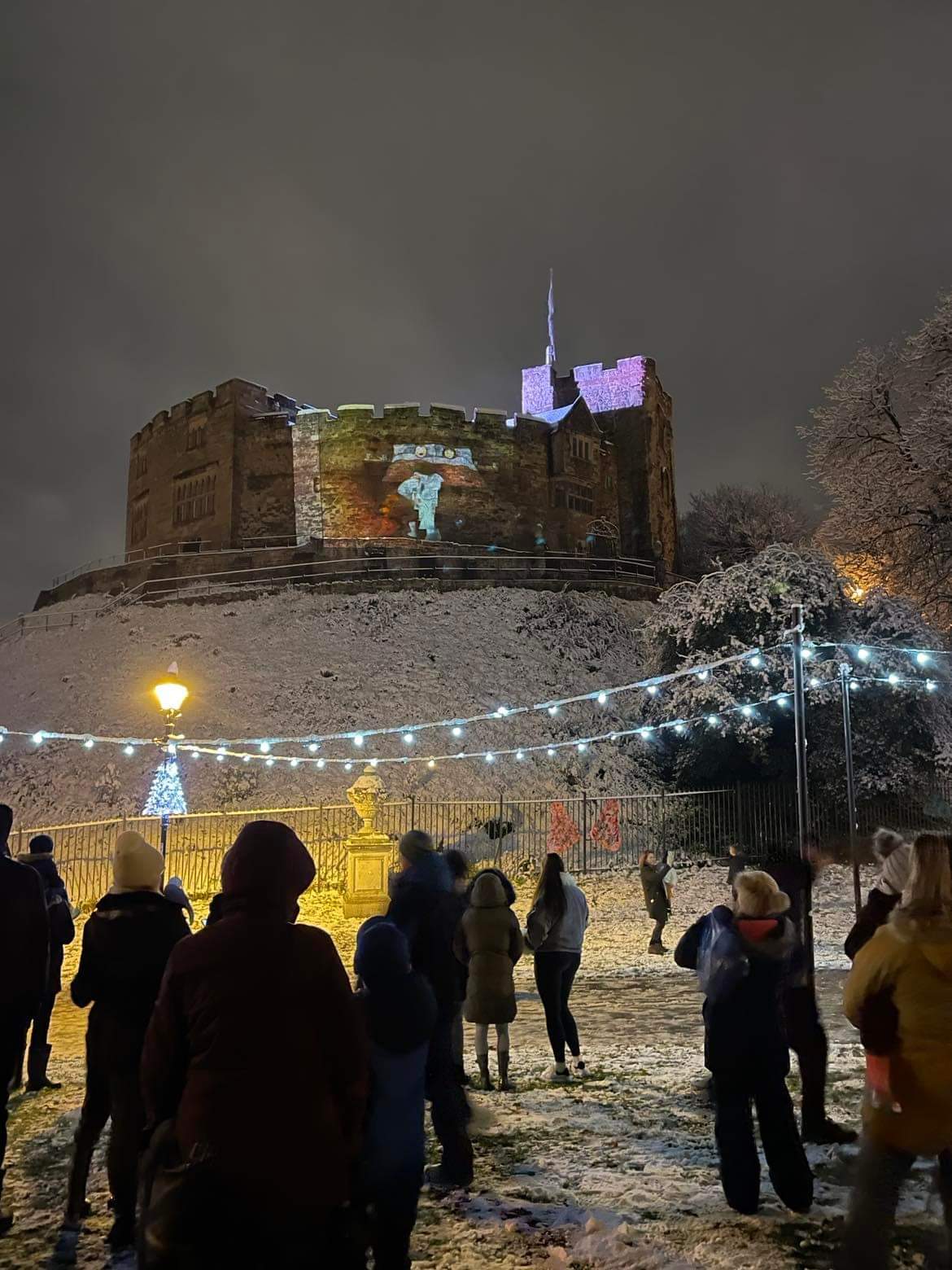 Councillor Robert Pritchard, Deputy Leader of Tamworth Borough Council, said: “It’s incredible how fast another year has flown by. This is a very popular event in our calendar of free entertainment for residents and visitors, and it’s a lovely festive family day out.

“Christmas in Tamworth is special because of the amazing local community we have. We’re delighted that RockSchool, D-Day Juniors, along with other local groups, will be performing for us, and we are excited to see the new NUE project from local groups who are contributing to the castle projection this year.”

Get ready for Lichfield Christmas lights switch-on again on Sunday November 27th 2022.
Free family entertainment on the Market Square throughout the afternoon with a Christmas Market in the surrounding streets from 10am to 6pm.
Live entertainment starts on the Market Square from 2pm. There will be a sing/jazz band on then later 90s tribute band Britpop Reunion will be taking to the stage from 3pm until 3:40pm, followed by choirs and more.
Then the lights switch-on will be at 5pm, followed by the arrival of Santa.
‘Britpop Reunion’ are the UK’s only professional Britpop and 90s tribute band. After another year of performing at high end festivals and multiple TV appearances this quality cover band are here to make you party like its the nineties all over again. Expect to hear massive singalong hits all age groups will know and love by artists like Oasis, Blur, Pulp, Supergrass and more. You might even hear a Christmas number as well.
Free entry.
Sound, stage and lighting provided by Cannock Sound Hire.
birmingham children days out events family featured Lichfield lifestyle midlands outdoors people staffordshire sutton coldfield things to do what's on
Share. Twitter Facebook Pinterest LinkedIn Tumblr Email
Previous ArticleThe Nutcracker returns to Birmingham
Next Article Win a Wedgwood tea set worth £390