The Nutcracker is one the most iconic ballet productions in the world, filling up theatres and bringing all walks of life together. And Sir Peter Wright’s glorious production of the adventures of Clara and her nutcracker doll in the kingdom of the Sugar Plum Fairy has been a main stay of Birmingham Royal Ballet’s repertoire for many years.

For 2022, the Christmas spectacular has undergone a £1 million refurbishment, including an extensive rebuild of John Macfarlane’s exquisite sets, and a revamp of the dazzling stage costumes master mindedby head of costume, Elaine Garlick. 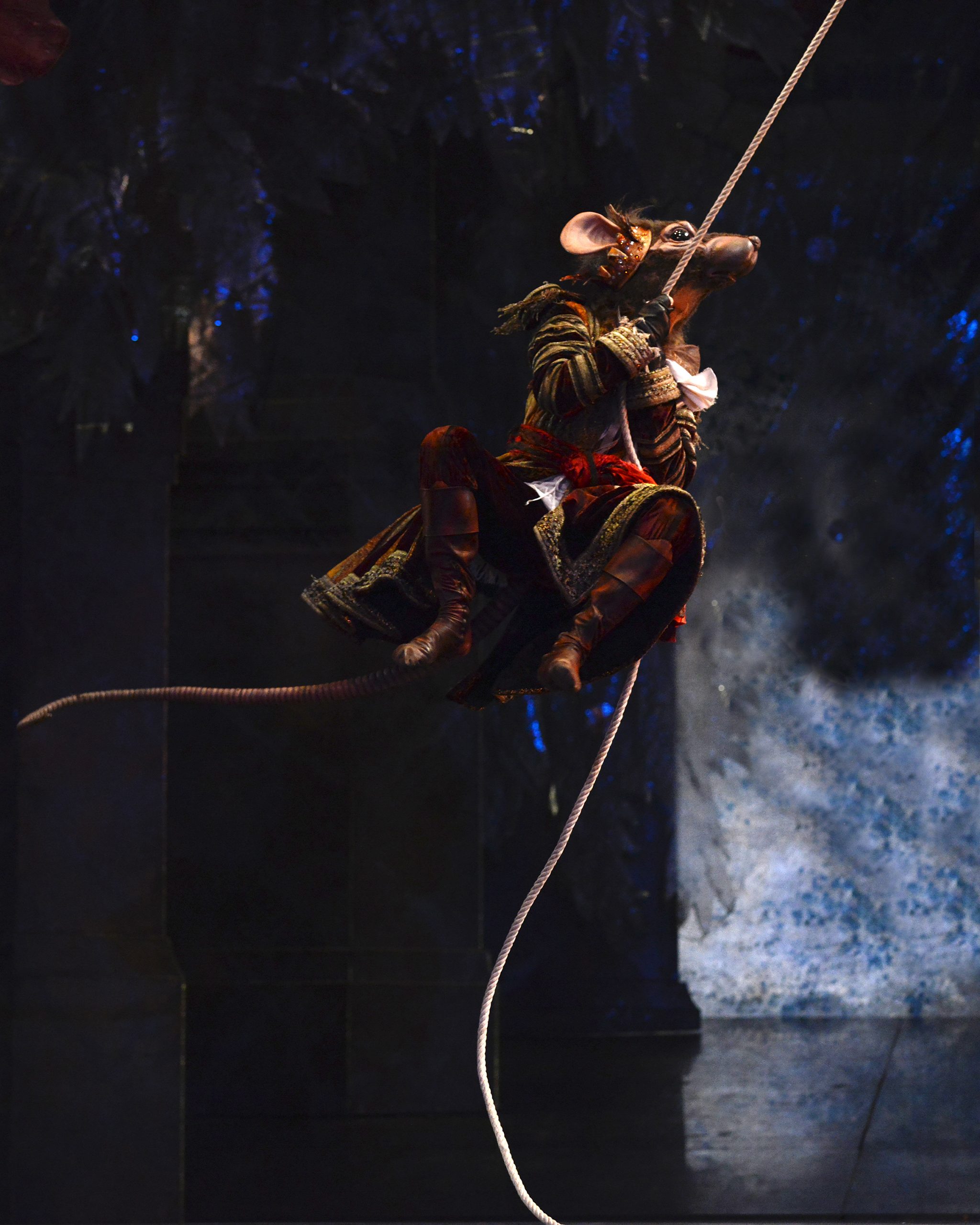 The Nutcracker’s Rat King in action.

Having worked as a costume supervisor for more than 20 years, Elaine Garlick has worked for opera, ballet and theatre all around the country and supervised productions for The Royal Opera, costumed Beauty and the Beast and Aladdin, and worked for the National Theatre, just to name a few. Growing up Elaine was surrounded by clothes, creativity and crafts and influenced by her family, which led her to a career in the fashion industry.

“My gran would have patterns, she’d be making clothes and things so I would do that too and my mother was a fashion designer, a knitwear designer to be specific, so I kind of grew up under the cutting table for want of a better expression,” Elaine says.

“So, even before I went to study, I could already do a lot. I knew how to use industrial machines and having grown up around it felt like something that came very naturally. I love clothes, a nice piece of fabric, I love colours and weirdly my strongest subjects were maths and art, which was an odd combination, but it came in useful because of where I ended up.”

Having initially studied and worked within the fashion industry, Elaine soon began to realise that her interest lay in a much more niche area which she explored the depths of and found herself having a stronger connection to it.

“I started off in fashion which is what I trained to do initially,” she says. “ Then I realised that I was probably more interested in more one-offs which is what you get in theatre and costume rather than mass production and working on more single designs. 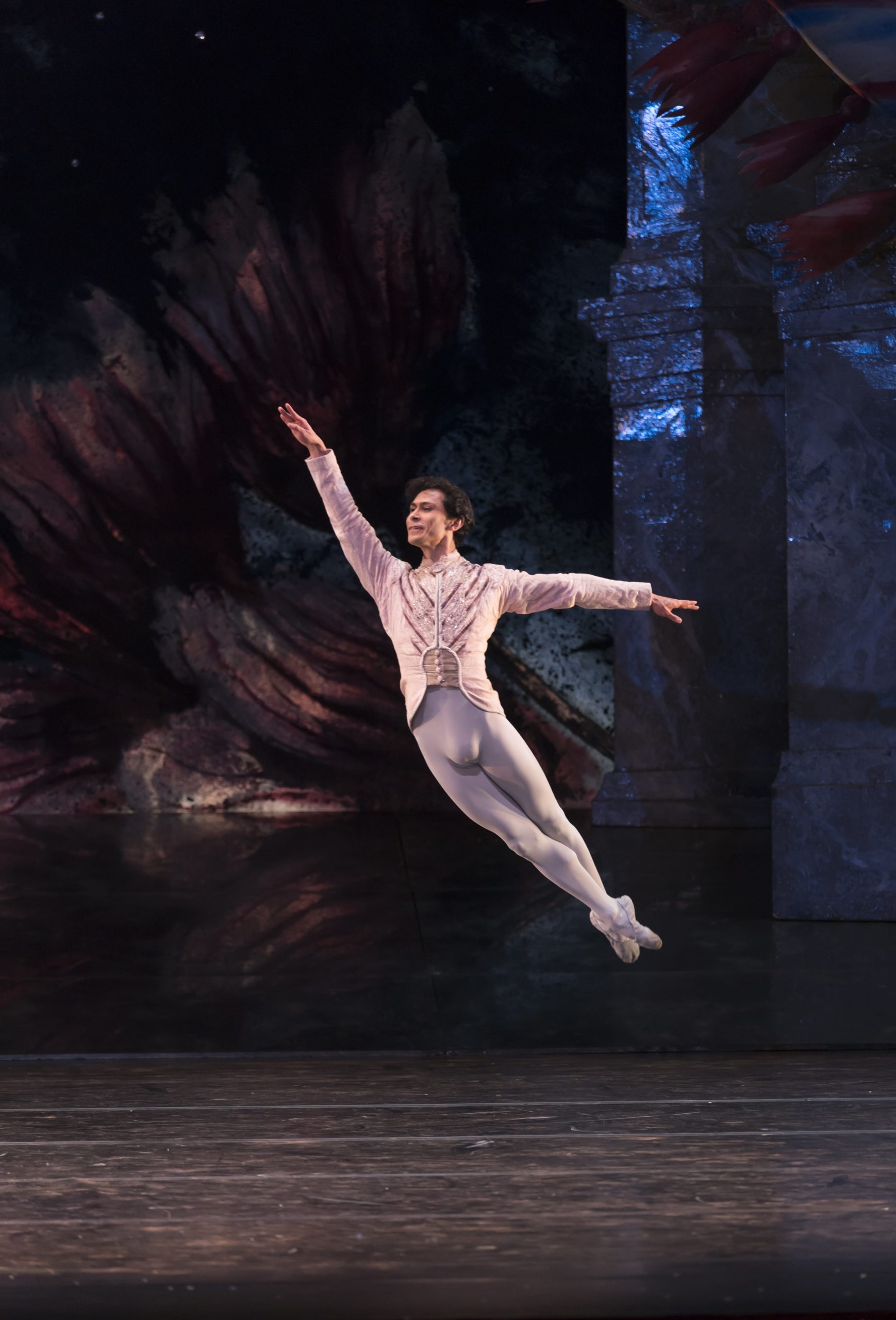 The stunning show is the perfect start to the festive season.

“I like the individuality of it, there’s things you only see in certain settings and in certain places whereas the fashion industry is everywhere. There’s a lot more emotional content too with the costumes because of what they’re meant to represent, or the music or the visual painting you’re trying to get onstage whether that’s dance, theatre or opera. The thought patterns are different, there are mood boards in fashion but there tends to be stronger emotions, I find, within this art. I just love the way colour creates mood, seasonal tonalities of colour, you can create a temperature with colour, it’s fascinating.”

Céline Gittens as the Sugar Plum Fairy and Brandon Lawrence as The Prince. Photo by Bill Cooper.

With any line of work, there are processes to follow, and Elaine’s expertise shines through as things come together before the costume – making even begins.

“So, the first thing I would do before starting on a new production was to make sure that I got a sense and feeling of what we are going for and why,” says Elaine.

“So, if it was something from a novel I’d make sure that I had read it or if it’s from an opera, I make sure that I know the storyline or the music and all those things can tell you so much, you can hear it. I find out as much as I can, then I spend a long time with the designers, sitting down and working out where they’re coming from and what motions and feelings they want to bring to it.

“Then the key to my job really is finding my address book and then going through which costume makers we should be working with or which dyer or if there’s something specific on the design such as beading then seeing which people could do that, so that’s where I come in and put the team together and work with the budgets. It’s a process that can be applied anywhere for it to be successful, but you’ve got to feel it as well.” 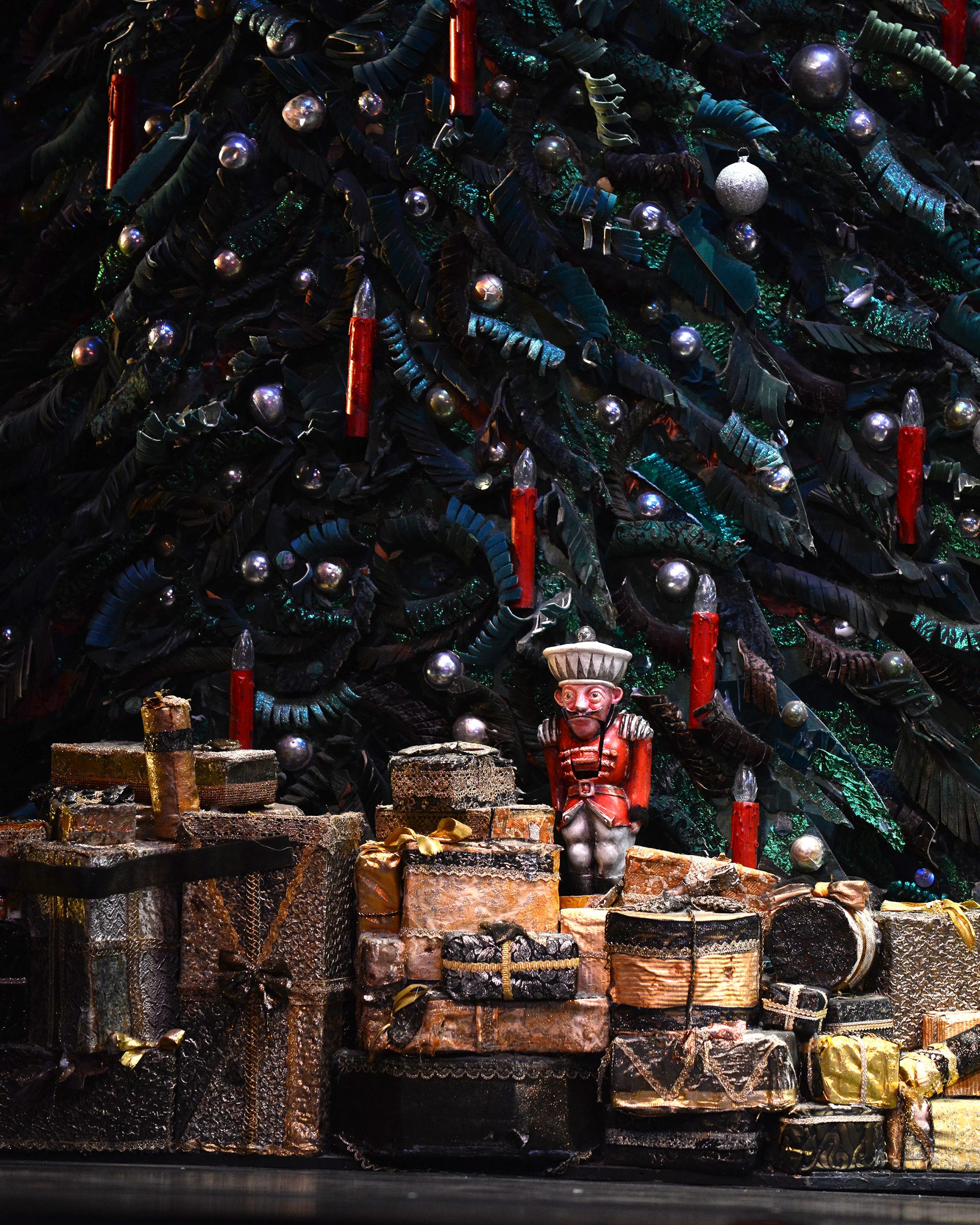 John Macfarlanes exquisite sets have been revamped for 2022.

Elaine dedicates a lot of time into each project she works on and builds a solid foundation, researching, reading, listening to music to ensure that she can create a strong vision. It is, she says, more than just costumes.

“I read a lot anyway and for a production I love it when I can feel the catch and when I have that hook and think ‘that’s what you want to portray’. I want you to feel that sunshine, or if there’s a change in mood, and it’s more than just costume – it’s all the set, lighting, music, the performance and more that come together to make it whole.”

Before joining Birmingham Royal Ballet as the head of costume, Elaine was the senior costume supervisor at the Royal Opera House in Covent Garden. She says that work in costume can be rare to find and that she wanted to move to a place where new work and productions were happening. 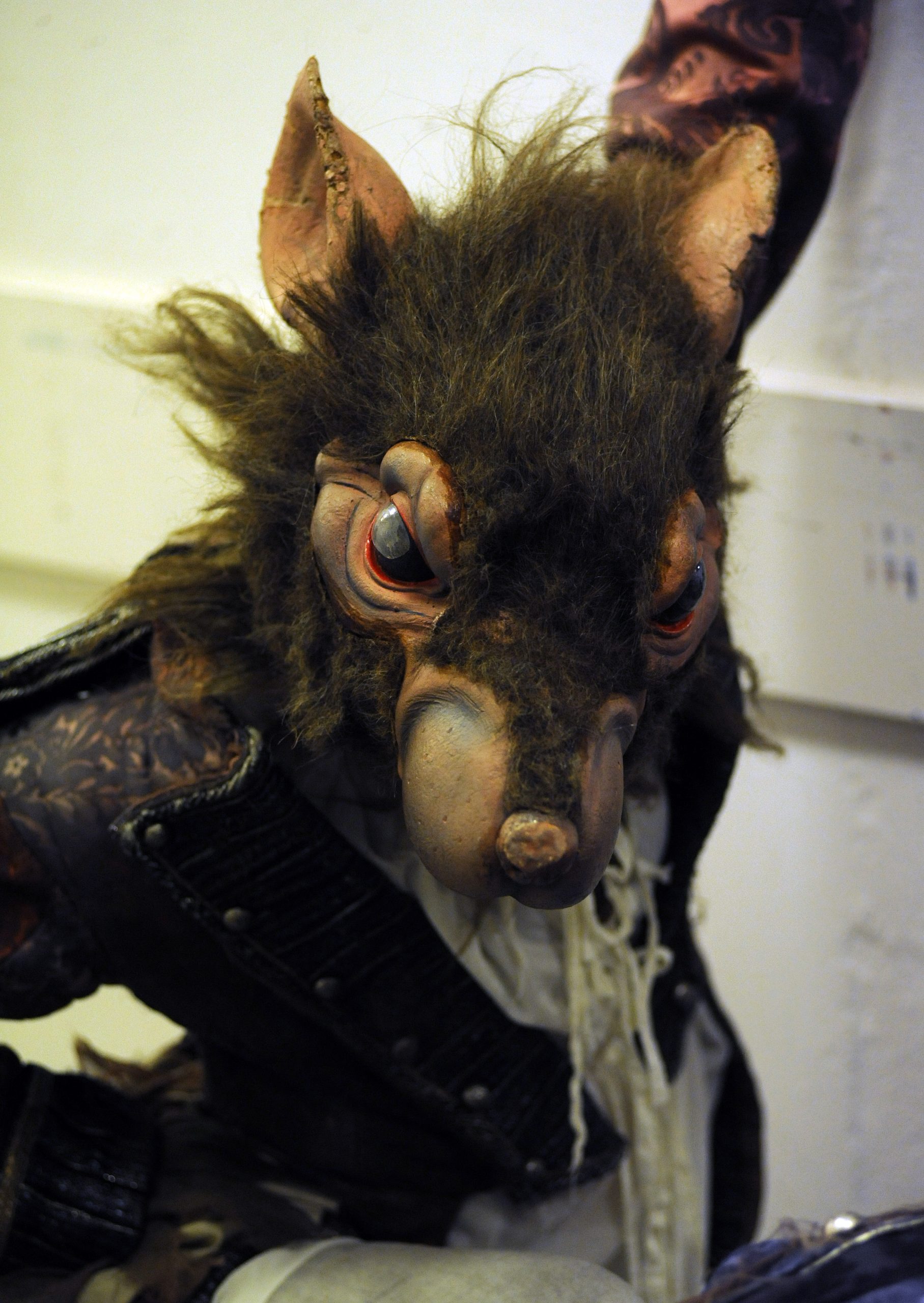 “These jobs are very rare,” she says. “I had worked with BRB a lot before and they had a reputation for producing a lot of new work, David Bintley (Artistic Director of the Birmingham Royal Ballet) was very prolific with new work, and I wanted to be somewhere that had lots of new work happening.”

Many of the costumes used for The Nutcracker are still the original costumes and are more than 30 years old this year, such as the guests, Spanish dancers and Rat’s head. Working on new and traditional productions have their own set of rules and regulations; something traditional like The Nutcracker must be exact, every snowflake, each piece of fabric and the colour cannot be altered but with new productions there is more creative freedom.

“The Nutcracker designs exist as they exist, so it’s a lot more time consuming and expensive but it’s a different way of working, it’s 30 years old too, so we have to factor that in,” says Elaine.

“There’s a big difference between doing a traditional piece to a new piece because with the new productions you can set your own parameters so you can decide whether it’s going to take a certain direction. But on an existing piece you have to reproduce it exactly the way it is, so you can’t just add a green snowflake for example on an outfit and the snowflakes have to be the exact same, you have to follow the recipe, it is what it is.

“When you are reviving an existing production, your hands are tied in terms of what you can and cannot do, whereas if you’re working on a new piece and something isn’t quite working, you can always re-look at it and change things around because it exists as an open piece, it isn’t set.” 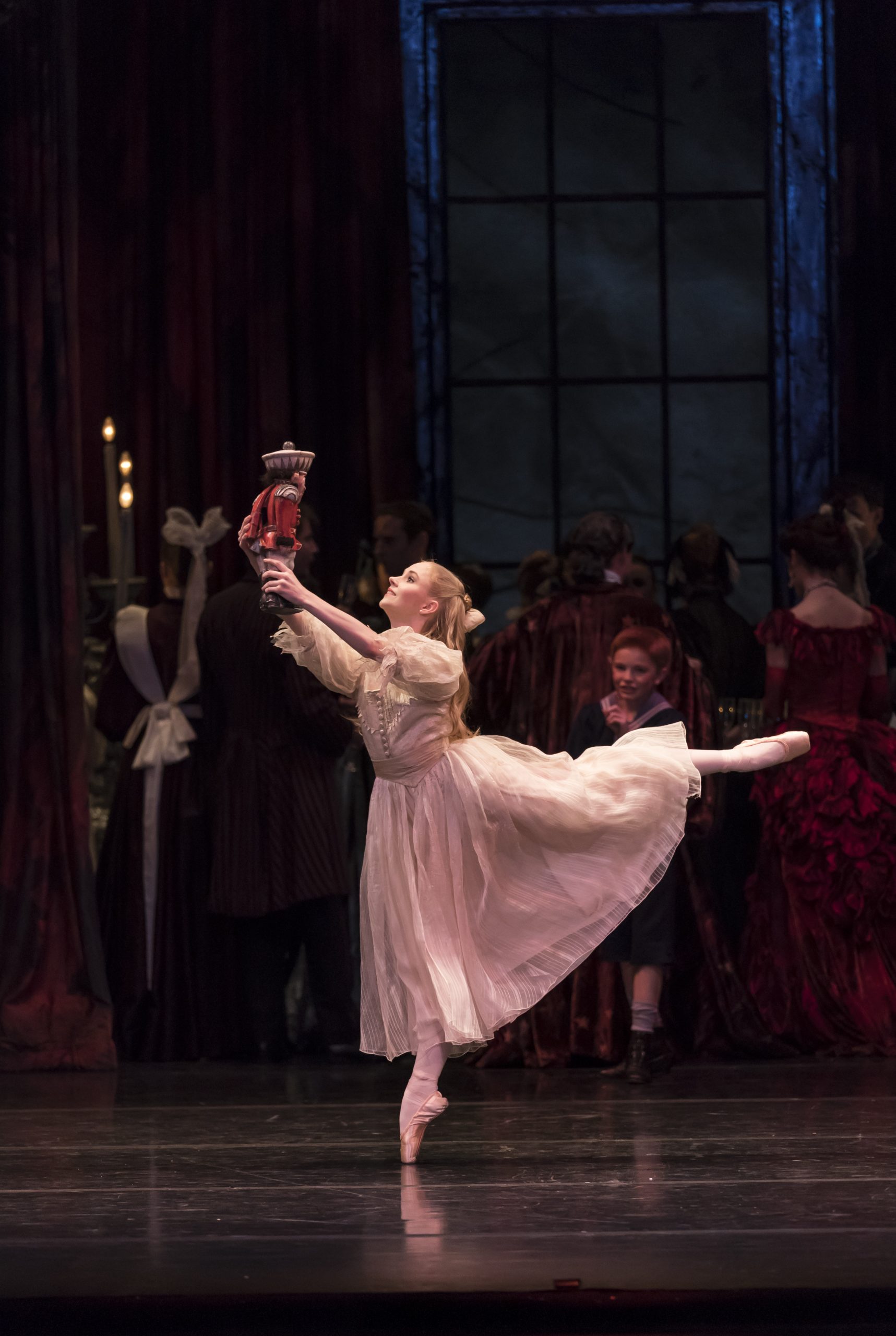 This year there are some new costumes and sets by designer John Macfarlane. All the princes have their own individual costumes, whereas Sugar Plums may need to share a costume, and there are 40 wigs and 30 facial hair pieces used for all casts, looked after by a dedicated wigs department. The snowflake dancers also use one litre of shimmer for each show.

Elaine is so grateful for her line of work and adds the importance of working together to bring shows and creations to life.

“I’ve been very very very lucky with the people that Ihave worked with and I have been so fortunate, some of the best people and teams,” she says. “ It’s never a one-person band. I still, after all this time, get excited about a piece of fabric, or a colour or a shade or a movement.

“I look at a production and there’s a point when you realise, when everything comes together, you part feels so small at first but in the end, everything needs to be there, lights, stage, music, and then it doesn’t feel so small when you see it. Sometimes people will notice the intricate details and I say to them that it’s my work and it makes me laugh.”

Birmingham Royal Ballet’s The Nutcracker plays at the Birmingham Hippodrome from November 19 to December 10. For information and tickets see www.birminghamhippodrome.com