Neighbours star Alan Fletcher is coming to the Lichfield Garrick for an intimate live show this month to look back on his 28 years as Ramsay Street’s most famous doctor, Karl Kennedy. Amy Norbury discovers more

Some three million UK viewers tuned in as Aussie teatime favourite Neighbours bowed out after nearly four decades on air this summer. The sunshine soap catapulted many of its young stars to international fame, and household names including Kylie Minogue, Jason Donovan, Margot Robbie, Natalie Imbruglia and Guy Pearce all reunited for one last hurrah on Ramsey Street.

Throughout the years of drama, crisis and plenty of good times – the 1987 wedding of Scott and Charlene is still one of the most talked-about and best-loved television weddings of all time – one man has been a consistent presence. With some 28 years under his belt, Alan Fletcher’s Dr Karl Kennedy was the soap’s longest-running continuously-appearing character, arriving on the street in 1994 with wife Susan and kids Mal, Billy and Libby in tow, and staying the course until the curtain came down on the show

And this month, Alan will be sharing an exclusive look behind the Neighbours scenes as his solo tour, The Doctor Will See You Now, travels around the UK, stopping off in Lichfield at the Garrick on September 16. With the aid of video footage and music from Neighbours, The Doctor Will See You Now is an interview-style show, which will undoubtedly go off-script, that will look back on Alan’s time on the show, along with insights into his life and career.

“I have appeared in hundreds of theatrical performances in my 43 years as an actor, but this is the first time I will lay myself bare for an audience. I want to give fans a frank and truthful insight into my life on Neighbours in an entertaining and fun way,” says Alan.

“Using video, music and an interview style format the show is a fun and reverential review of the trials and tribulations of Dr Karl Kennedy’s professional and personal life!

“Originally the show was designed as a celebration of my 25 years on Neighbours and was planned to coincide with the 35th anniversary of Neighbours. Sadly, COVID ruined those plans but I was determined to bring the show to fruition in the UK and, finally, we are up and running.”

With almost three decades on Neighbours under his belt, Alan has been involved in some huge storylines, from marriages and divorces, to affairs and amnesia, to health scares and medical emergencies. So deciding what to feature in the show has been a mammoth task. 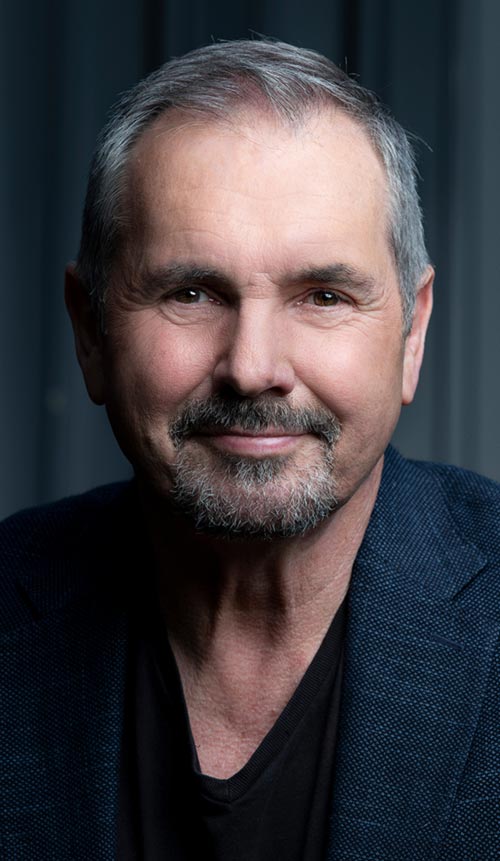 “There have been so many twists and turns in Karl’s life that it was almost impossible to choose which ones to highlight,” Alan says. “So I have gone for a thematic approach. The show is segmented into topics such as Makeups and Breakups, Sex, Medical matters, Nudity and Disasters.”

Outside of his work on Neighbours, Alan has graced theatre stages across Australia and the UK in a huge variety of roles, from serious drama to panto stints. He also shares Karl Kennedy’s passion for music, and has fronted the band Waiting Room since 2004, touring the UK some 12 times over ten years to sell-out crowds.

“The show is designed to inform the audience about my entire career on stage, television, film and in music although the main focus is on Neighbours,” says Alan. “And there will definitely be a few songs! I intend to honour Susan Kennedy in song!”

As well as Karl Kennedy, the other major constant in Alan’s life is his wife, newsreader Jennifer Hansen, who will be joining him on the show.

“Jen is my interviewer and she also fills the role of cheeky critic,” Alan says. “We have enjoyed 32 years of happy marriage and this allows us to enjoy bouncing off each other and gently ribbing each other for the audience’s enjoyment.”

The performance will also offer a Q&A segment to allow the audience to grill Alan themselves with the questions they have always wanted to know the answer to, and there will also be a limited number of meet and greet tickets available.

“Interacting with fans has always been the focus of my time on Neighbours,” says Alan. “I have had the pleasure of meeting thousands of fans through my music tours, publicity tours and panto appearances. Also, my 15 years as a regular at the Neighbours Night was a brilliant opportunity to meet hundreds of fans a week. Through my website I have had direct and close contact with thousands of fans

“Basically the Neighbours audience kept the show on air for 37 years and kept me in a job for 28 years so I am deeply grateful for the support I have received and I always try to repay the loyalty of fans.”

The Doctor Will See You Now will be heading to the Lichfield Garrick on Friday, September 16. Further details and links to book tickets can be found at www.alanfletcher.net and www.lichfieldgarrick.com