Dame Arlene Phillips DBE is the choreographer behind the brand-new musical What’s New Pussycat, which is currently showcasing at Birmingham’s very own The REP. Jazz Shergill spoke to her to find out more

Dame Arlene Phillips it is simply in love with all things 60s. The swinging era, which brought iconic fashion, music and more, holds a special place in the legendary choreographer and former Strictly Come Dancing judge’s heart. So she was delighted when she was approached to get involved with a brand new stage production which celebrates the best of the era.

The highly anticipated What’s New Pussycat is showcasing at The REP theatre in Birmingham. The joyous, romantic and entertaining production is based on Henry Fielding’s classic comic novel – The History of Tom Jones, A Foundling. Written by the Tony Award winning Joe DiPetro, the show has the full backing of Sir Tom himself who has been consulting with the producers throughout the development and will feature his biggest hits.

What’s New Pussycat will be directed by Luke Sheppard, whose most recent production, the acclaimed & Juliet, has taken the West End by storm and won 3 Olivier Awards and 6 Whatsonstage Awards. He will be joined by the legendary choreographer and former Strictly Come Dancing judge, Dame Arlene Phillips DBE. 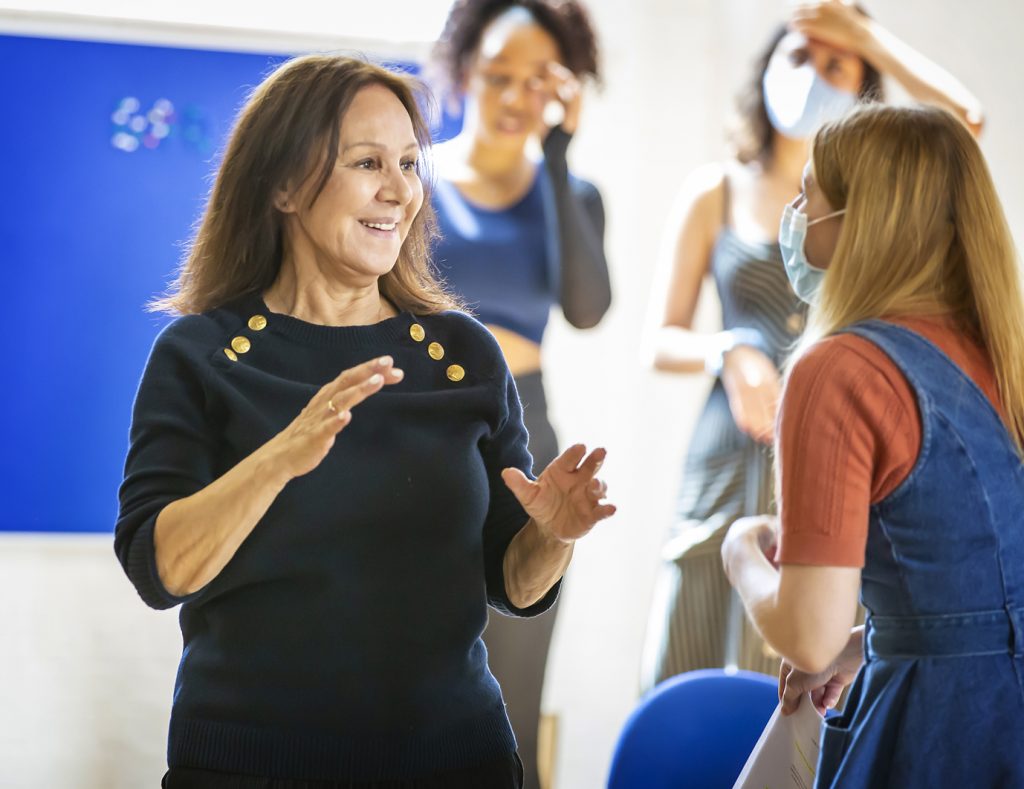 The audience can expect to experience the swinging sixties of London as Tom Jones arrives in the capital with a broken heart, he has plans to pursue big dreams. He discovers an exciting world of dancing and amazing music. As romance and adventure await, will Tom ever be reunited with his one true love? This stage production is set in an era that Arlene is simply in love with.

“The opportunity was presented to me and I’m in love with the sixties where this production is set and with obviously music curtesy of Tom Jones, I love the songs and the music and based on the original novel it sounded suitably wacky and bonkers and I went, yeah, I want to do that. So here I am!”

Arlene has worked as a director and/or choreographer on musicals including Grease, We Will Rock You, Starlight Express, The Wizard of Oz, The Sound of Music, Saturday Night Fever, and the plays Allelujah and A Midsummer Night’s Dream at the Bridge Theatre. What’s New Pussycat allowed Arlene to re-live her life in the sixties, she explains why it was such a significant time in her life.

“The sixties for me, I was in my late teens, early twenties, coming to London, you know, I really did feel like the streets were paved in gold, it was so alive and buzzing. It’s like the world was changing. I loved the sixties fashion, the style, the dances, there were suddenly dance programmes on television and for me this was everything I dreamed of happening all around me so I have a big love for the sixties.”

Sir Tom Jones has been a part of the development stages of What’s New Pussycat and his hits will be used in the musical, to name a few you can expect to hear – Green, Green Grass of Home, It’s Not Unusual, Leave Your Hat On, Delilah, Mama Told Me Not To Come, Sex Bomb and, of course, What’s New Pussycat?, Arlene’s craft goes beyond just being a choreographer, she studies the entire production of the music she works with to bring it to life.

“I find Tom Jones’ music inspiring because a lot of the rhythms are, sambas, cha-chas, there is a lot of dance rhythm in them, it’s great music to dance to and also some really fascinating lyrics. So of course, when you’re working on a musical you really listen to the lyrics, you are delving into them – what did they say? How can I make this work on stage and express all of it? I’m working with an amazing director, Luke Shepherd and I have loved bringing the show to life with him. The show is funny and the writer, Joe DiPietro’s sense of humour is so appealing to me. I love when I get a chance to work in the show that has all the comedy I love and this show has all of that.” 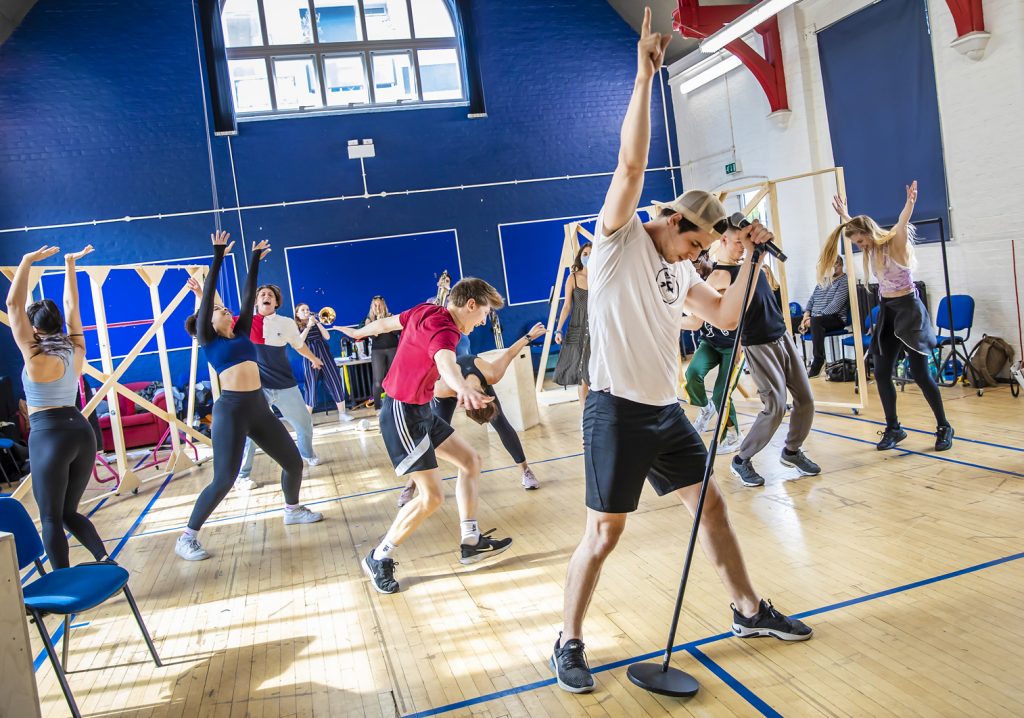 The audience can expect to be transported into a different era, this feel-good musical is something we could all use and be a part of, especially after many of us have been turning TV series over lockdown – let’s go out and feel the joy on stage!

“I think over these last few years, we’ve seen a lot of great television shows that are set in different eras, from the Queen’s gambit to The Marvelous Mrs Maisel and you start to fall in love with shows set in the time. I mean, even though it was really sad and heart-breaking, it brought the eighties to life, and I think this show will really bring the sixties to life.

And it’s going to look and feel like, oh my gosh, that’s an era I want to live in or be a part of -everything from the set to the costumes. I think the audience will find it funny, they’ll love the music and the cast – it’s a great musical, and it will send you out singing. And I think we all need the joy of coming out of something and just singing it.”

The theatre industry took a big hit because of the COVID-19 pandemic, with many people out of work and productions being forced to stop Arlene said it felt like being in “limbo” and that the production team were delighted once the green light was given to continue working on the musical.

“Oh, it’s difficult. We did our first workshop and at the start of 2020, and then, everything stopped. We were just about to go into production and everything stopped and we had no idea that it was going to happen. It was hard because, we were preparing everything, we worked on the workshop, with the idea this was all going to happen and of course, then it didn’t. It was quite devastating because the life I think you live as, working in theatre is, full on. And then suddenly there’s a silence surrounding you and you can’t see anybody or meet with people or see family talk to anyone. And you’re left in this sort of limbo of life that seems to have stopped all the buzz that is around you. It just seemed to have turned into silence, it quite hard deal with it and even to even process it. So, we were delighted when we discovered in 2021, this was going to come back to life and we are in real rehearsals.” 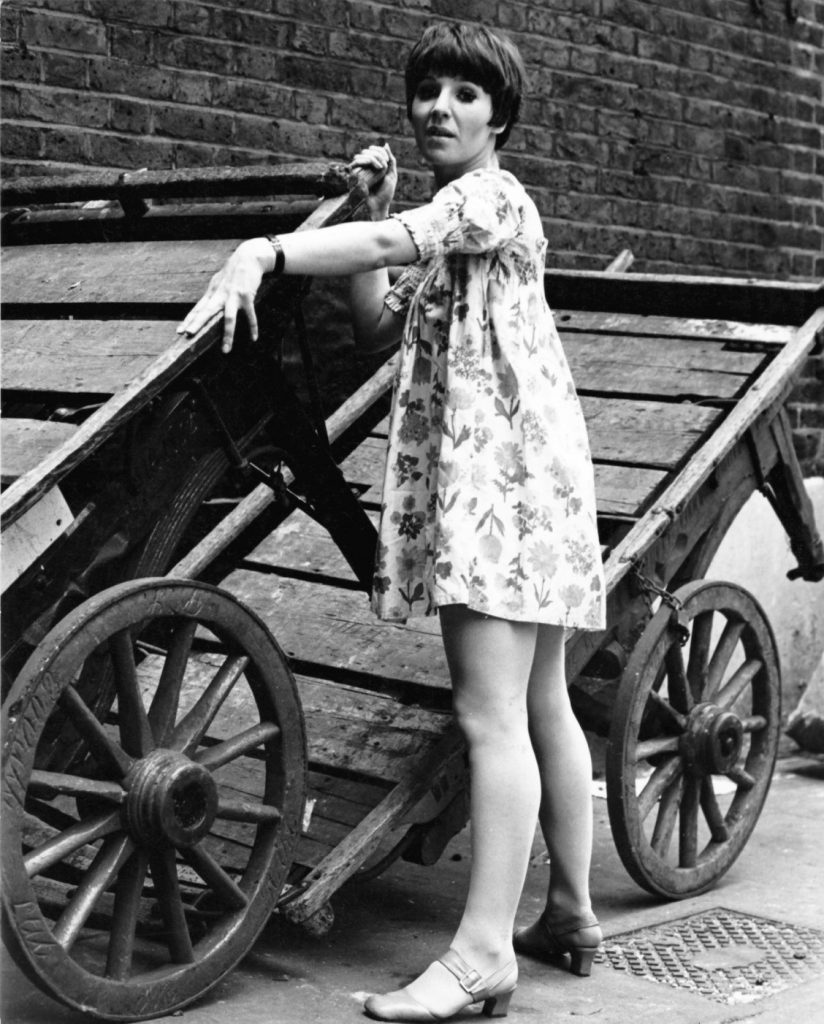 Dame Arlene Phillips, pictured in the 1960s, is a huge fan of the era.

As we move out of the pandemic and return back to normality, the feeling of theatre is back and there is so much to look forward to. With so many emotions and feelings of positivity we wanted to know what were Arlene’s top three highlights of working on What’s New Pussycat.

I think one is the music! Oh my goodness! And with our brilliant musical arranger, Matt Brind, who has been a joy to work with and bringing the music light to life and close to your heart – that’s one thing. The joy of working with an extraordinary director, Luke Sheppard, he focuses and brings it to breathing life off the pages from our writer. And number three is to be back working choreographing and feeling like life slowly is trickling along and a life that you love has returned again.

Birmingham Repertory Theatre, in association with Flody Suarez and Kilimanjaro Theatricals will be presenting What’s New Pussycat and at even more incredible time as The REP’s iconic building is 50 years old!

“I’m a big fan of Birmingham and how wonderful it is that we are opening in Birmingham, because I know our audiences are going to love it and they’re going to show they love it!

The thing about it is that every theatre where you open a new musical is very special. I just have to say a huge thank you to the theatre and everybody in it that has brought us there to this opening because we are going to celebrate it like you can’t believe!”

Final tickets are now on sale for What’s New Pussycat? at The REP Theatre, Birmingham.

For more information about ticket prices, booking and your visit, please visit: www.birmingham-rep.co.uk