A group of friends from Sutton Coldfield in Birmingham who found a love for cycling during the pandemic and have taken it to new heights. Jazz Shergill finds out more.

One thing that many of us have learnt from the pandemic is to live life to the fullest. That may have been finding a new hobby, spending more time with loved ones, doing something for charity or simply just living in the moment.

A group of friends pull these together and formed the Cycloholics. What started off as small bike rides in their local park for good pals Dal Singh, Kush Dubb, Amit Ram, Arun Dubb, Manraj Dubb, Jeevan Bhopal, Dal Gillar and Sanj Bahia, turned into a 126-mile ride from Birmingham to London to help create awareness of suicide and mental health within the male population in the UK. “During the Covid-19 pandemic me and a few of my close friends decided to start cycling, to stay fit, socially active, and get away from the doom and gloom of lockdown.” says Jeevan Bhopal, one of the group’s founders.

“In all honesty, it was a way to stay mentally stable and keep a positive mindset. From what started with small rides to Sutton Park and back, developed into large rides through Birmingham and the Midlands; we grew to a group of around 20 and began taking cycling a lot more seriously! As a group we were thinking of doing a ride which would challenge us mentally and physically but also give us a sense of
monumental achievement.” On Saturday, October 9, the Cycloholics took on the challenge of tackling a ride from Birmingham to London without an overnight stay, all in aid of men’s mental health. With meticulous planning, plenty of food and prayer, off they went. Some 126 miles and approximately 11 hours later, all eight riders reached their final destination.

“The journey to London started around tam, we got prepared, put our lights on, checked tire pressure, topped up on protein and energy drinks.” says Cycloholic Dal Singh. “Another group member Dal Gillar put on a religious prayer before we all set off which was a really nice touch. We broke down the ride in segments, so it was relatively easier on the mind, knowing that we have a stop coming up to refuel definitely helped. At around 60 miles we were in Buckingham, our friend Yatmit turned up with some Indian flat breads which was really nice of him to do; then when we go to around the 90 miles mark, I think it became really testing that we had been on our bikes for so long at that point.

“When the ride was almost coming to an end and I think for about 10 miles nobody said a word to each other. My brother Amarpreet and Taran turned up with a van and they took our bags off us which were weighing us down. At one point one of the riders said he couldn’t continue, and I said think about your girls, think about the story you’re going to tell them, mentally be strong for them and I think that helped him plough through the ride. It was a really good team bonding exercise; we spoke about our lives which I don’t think would have happened in any other environment.” Dal adds. The Cycloholics wanted their chance to give back to the community. Mental health has been a huge talking point over the last few years, and the group came to realise the impact that ill mental health has on men. As well drawing upon personal experiences, they wanted to help spread more awareness around
the topic. “I came across a charity called CALM (Campaign Against Living Miserably); their focus is to lead a movement against suicide which is the single biggest killer of men under the age of 45 in the UK and that really hit home to me.” says group member Amit Ram. 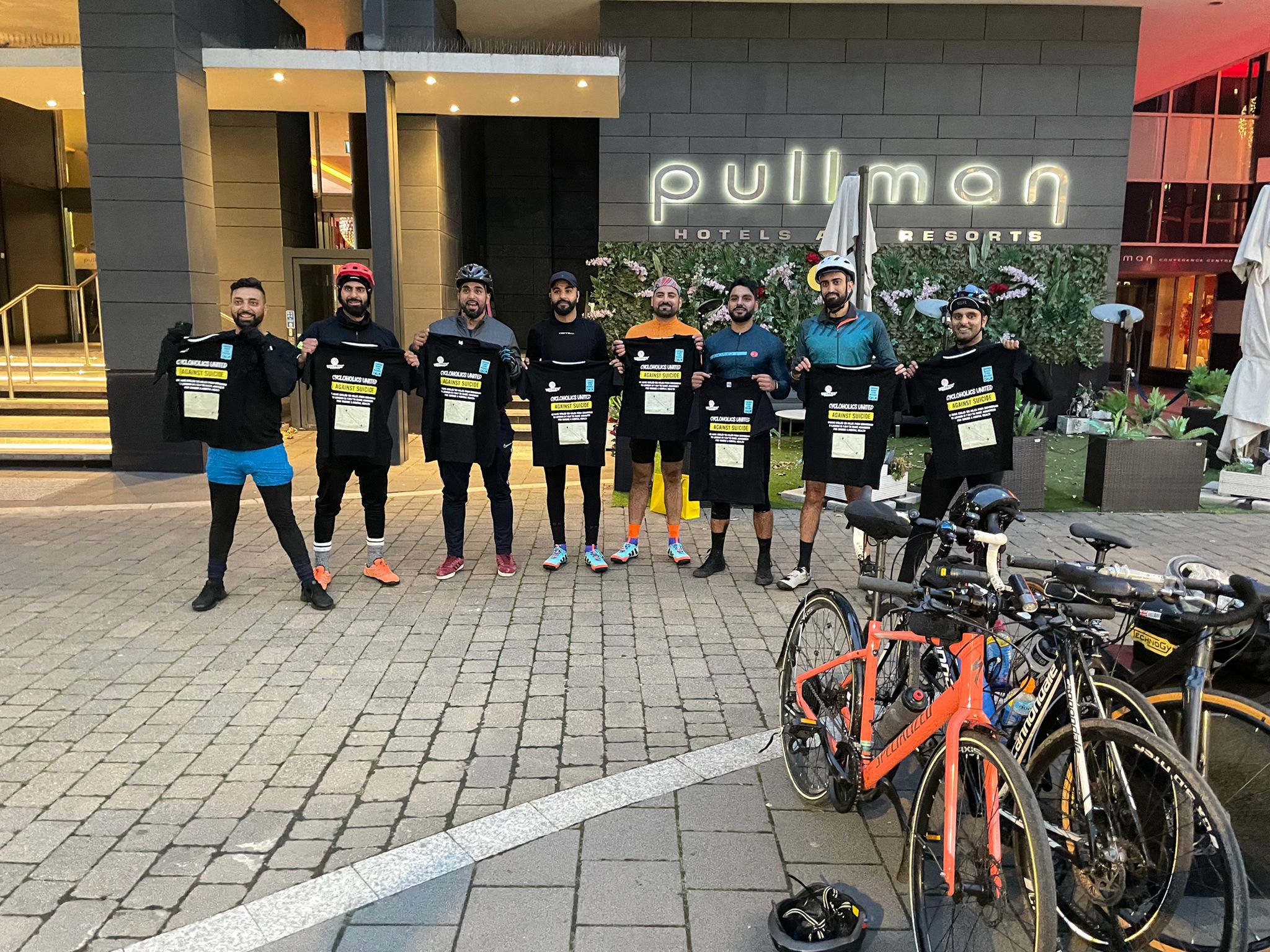 “It came to fruition during the Covid-19 pandemic; everyone was locked inside which could have easily led into anxiety, depression, stress and the whole change in lifestyle. The only way for people to meet up was some form of exercise, so during covid we got into cycling and we thought that it was a great way to meet up and get through the lockdown together. CALM was a fitting charity to support with our
ride to London because our love for cycling happened because of the pandemic and it was all in aid of CALM.”

The group of enthusiastic cyclists decided to set up a fundraising page for their charity and have so far raised an impressive £7,000 and counting. Something that has touched the group is how people have reached out to them to talk about their own struggles with ill mental health, and how they’ve been affected by loved ones who have taken their own lives.

“The greatest thing that has come out of this is the awareness,especially in Asian communities.” explains Dal Gillar. “With anything involving mental health, people don’t really talk about it; there’s this opinion that you can’t talk about feelings or just expressing yourself: So, it’s the awareness that has been amazing. “There’s the fitness side to it as well; from hardly ever riding a bike since I was a kid to going with the lads often, it’s been great. Even just getting out and talking to someone; when we would go on bike rides, we would speak about things that you wouldn’t usually speak out about. “I wasn’t the best rider out of the group and sometimes I’d be really behind; one of the other guyswould stay with me and we would end up talking. It helped to release your mind and focus on the positivethings and what I need to prioritise in life.”

The journey doesn’t end here; there are more bik rides planned and the Cycloholics are ready to take on more challenges to continue their mission to help those in need.

“Completing the Birmingham to London ride has definitely given us all the confidence to take on more cycling challenges together in the future.” says Cycloholic Manraj Dubb. “In terms of future plans, we believe London to Amsterdam is potentially on the horizon; cycling for two consecutive days is definitely the next step for us to take given how well we completed the London ride. We want to continue doing this for charity and to raise awareness for people who need it most.” This experience has opened up a new and very much needed conversation among the community; the learning journey for each rider has been individually touching and they welcome people to join them on their bike rides. 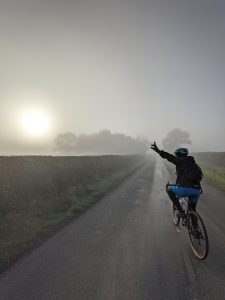 Cycling helped the group during a difficult time

“From our perspective, we didn’t know there were so many people in our circle of friends who had been affected by mental health issues, or know someone who’s been affected by them.“ adds Dal Singh. “It’s so important to talk, go to an environment where you can’t be distracted, go for a walk and let it out. Maybe do something you’ve never done before; the cycling actually helped clear our minds and it allowed us to be at one with our thoughts on the bike because you’ve got nothing other than cycling on the road in front of you to think about, and that was quite useful for myself and the other riders “ I hope this bike ride can give others encouragement to get out there and do something you’ve never done. If anyone is local to us in the Midlands then we’re a phone call away, a text away, come and meet us jump on a bike with us and the more the merrier.”

If you’d like to make a donation, please visit www.justgiving.com/team/cycloholics.

The Cycloholics would like to give a special thank you to Yatmit, Amarpreet, Taran, Diya, Ava, Amber, Avie, Aryan, Anya, Jaya and Milan.