As restrictions continue to ease, here are some of the things you can get out and enjoy this month.

What: Solve-Along-A-Murder-She-Wrote
Where: Lichfield Garrick Theatre
When: June 12 and 26
Cult hit event Solve-Along-A-Murder-She-Wrote comes to Lichfield this month with an interactive screening of the classic Murder, She Wrote episode Broadway Malady. Jessica Fletcher heads to New York City but soon gets caught up in a murder mystery only she (or the audience) can solve!

Solve-Along-A-Murder-She-Wrote is a unique and hilarious night featuring games, prizes and audience participation, with special permission from NBC Universal Television.
The show was rated one of 2019’s 50 great nights out in London and it has played to sell-out audiences across the UK and Australia.

What: Photographic exhibition
Where: Chamberlain Square, Birmingham
When: From June 25
The Mission Critical outdoor exhibition will feature portraits of people whose lives were saved by the Midlands Air Ambulance, which celebrates its 30th anniversary this year. 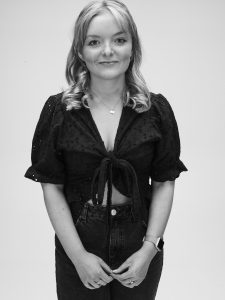 Former MAAC Patient Yasmin Jukes whose photograph will be part of the exhibition.

Renowned fashion and lifestyle photographer Nik Hartley, who has worked with British Vogue and Vanity Fair France, captures each patient in this free exhibition.
The photos can also be seen at Cars in the Park in Lichfield on July 3 and 4 with other locations around the Midlands set to be announced for the summer.

What: Book exhibition
Where: Lichfield Cathedral
When: Throughout June
Fantastic Books and Where to find them is a new exhibition of books that you can visit at Lichfield Cathedral every day this month and through until July 19.
Lichfield Cathedral’s Library has an extraordinarily broad and varied collection of books gifted to the cathedral, including a significant bequest by the Duchess of Somerset in 1673.
The books in this collection, amongst other things, remind us of the discourse around science and faith. How we have lived and worked together for centuries, and how debate, discovery and conflict have changed the way societies have thought about and described the world around them.
In this exhibition you will discover ancient but living texts that have been influential in how we explore the world around us.