There’s plenty to see and do around the West Midlands this February, particularly for fans of dance, ballet and music!

What: Motionhouse: Nobody
Where: Birmingham Hippodrome
When: February 4

Fast-moving and highly physical, Motionhouse’s new show, Nobody, explores the tension between our inner lives and how we make sense of the world around us. This is a spellbinding and strikingly visual adventure that resonates with the times we live in.

We follow seven characters on their journey of self-discovery to find strength and support in each other, while a group of curious crows questions their every move. As they negotiate their ever-changing reality, the performers search for answers while the world unravels around them. Can they work together to find out who they are?

Motionhouse’s dance-circus style combines with mesmerising choreography to tell an emotional and ultimately uplifting story, full of twists and turns. Packed with visual magic, the world on stage is transformed before your eyes. Digital projections and the shape-shifting set create a constantly changing environment where nothing is quite what it seems… For more details visit: www.birminghamhippodrome.com

What: Oh! What a Night
Where: Sutton Coldfield Town Hall
When: February 5

After their last sell-out show, the boys are back! Oh! What A Night transports you back in time on a musical journey through the incredible career of Frankie Valli & The Four Seasons, now immortalised in the multi-award winning show Jersey Boys, which has been packing theatres worldwide since its debut in 2005. Valli’s unmistakable voice dominated the airwaves for more than two decades with classics such as Sherry, Let’s Hang On, Big Girls Don’t Cry, Can’t Take My Eyes Off You, My Eyes Adored You, December 63 (Oh What A Night), Bye Bye Baby, Who Loves You and many more.

This feel-good performance combines infectious personalities, amazing vocals, slick harmonies and even slicker dance moves. It’s a celebration of one of the greatest rock ‘n’ roll bands that is full of energy and nostalgia and is sure to leave you wanting more! Tickets are priced at £25, or £23 for concessions. For more details, visit:
www.suttoncoldfieldtownhall.com

What: Afternoon Tea with Disney Classics
Where: Moor Hall Hotel and Spa
When: February 6

Enjoy a delicious afternoon tea at Moor Hall Hotel and Spa, while listening to their live choir perform the most iconic songs from some Disney classics on Sunday 6 February. This popular themed afternoon tea is back for 2022 to delight guests both young and young-at-heart. The 4-star country house hotel’s skilled chefs will prepare the afternoon tea of dreams, served while you sit back as live performers, The Wings Family, entertain you with songs and dances from a collection of your Disney favourites. Listen out for tunes from Moana, Lion King, Frozen, Frozen 2 and many more. Arrive at 12.30pm for a 1pm start.

Tickets for the afternoon tea are priced at £32 per adult and £22 per child. For more details and to book, visit: www.moorhallhotel.co.uk 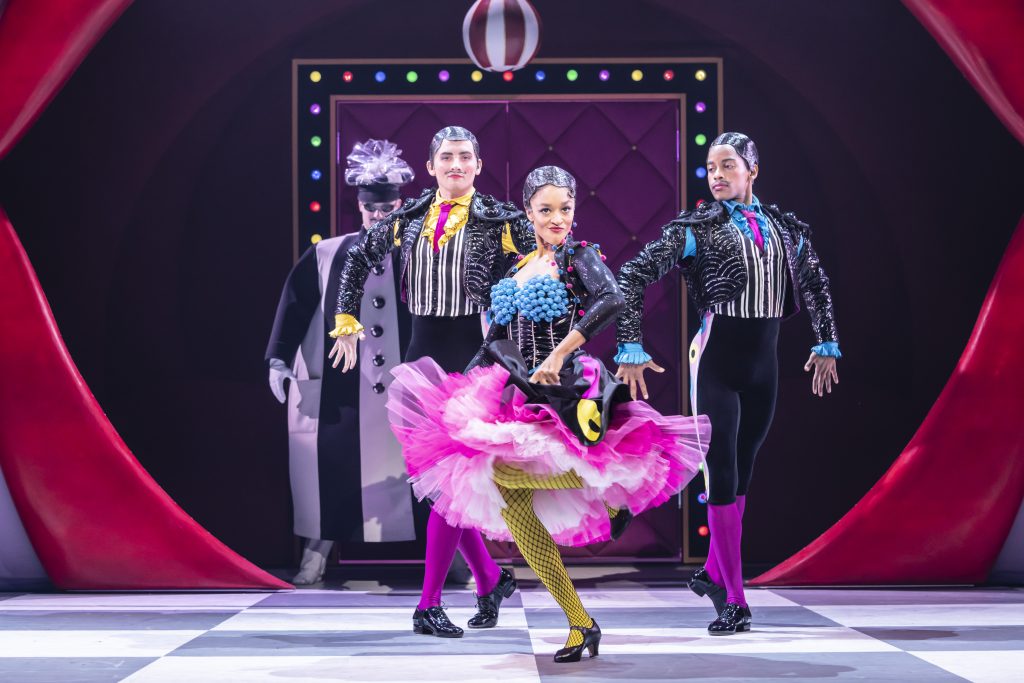 A scene from Matthew Bourne’s Nutcracker!

What: Matthew Bourne’s Nutcracker!
Where: Birmingham Hippodrome
When: February 8-12

This is a Nutcracker! for all seasons, adored by audiences and critics alike. With generous family-sized helpings of Bourne’s trademark wit and magical fantasy, Nutcracker! follows Clara’s journey through a shimmering, ice-skating wonderland to the scrumptious candy kingdom of Sweetieland, on a set influenced by the lavish Hollywood musicals of the 1930s.

Tchaikovsky’s glorious score and Anthony Ward’s fabulous sets and costumes combine with Matthew Bourne’s dazzling choreography to create a fresh and charmingly irreverent interpretation of the classic. Expect a sprinkling of delicious new surprises in this re-imagined production, for ages 5+. The running time is approximately 2 hours – with an interval – and tickets are priced from £22.50. For more details visit: www.birminghamhippodrome.com

What: Kyla Brox
Where: Lichfield Guildhall
When: February 12

Widely regarded as one of the best soul-blues singers the British Isles has ever produced, Kyla Brox has been described as “the finest female blues singer of her generation”. The award-winning Mancunian singer-songwriter was named winner of the 2019 European Blues Challenge, Best Female Vocalist in the 2019 European Blues Awards, and took home Best Vocalist at 2019 UK Blues Awards as well as being nominated in 2020 and 2021.

With many albums under her belt and many miles covered touring all over the world, her voice is tender, urgent and gritty, blurring the distinction between pleasure and pain. Combined with the enchantingly fluent guitar work of Paul Farr, inspired bass playing of Danny Blomeley and in-the-pocket drumming of Mark Warburton, it makes for a unique and powerful, often joyous, always emotional experience. Tickets are priced between £8.50 and £17. For more details, visit: lichfieldarts.org.uk

What: Romeo & Juliet – The Royal Ballet
Where: Lichfield Garrick
When: February 20

Romeo and Juliet has become a modern ballet classic since its creation by Royal Ballet Director Kenneth MacMillan and premiere in 1965. In this special screening of a performance recorded live at the Royal Opera House, the doomed lovers attempt to find their way through the colour and action of Renaissance Verona, where a busy market all too quickly bursts into sword fighting and a family feud leads to tragedy for both the Montagues and the Capulets. Prokofiev’s ravishing score sweeps this dramatic ballet towards its inevitable, emotional end. The performance features Marcelino Sambé as Romeo and Anna-Rose O’Sullivan as Juliet, accompanied by the orchestra of the Royal Opera House. Tickets are priced at £16.50. For more details visit: www.lichfieldgarrick.com