Ready to get out and about this spring? There’s theatre, music, literature and more to enjoy in Lichfield, Sutton and beyond this March…

What: Disney’s Beauty and the Beast
Where: Birmingham Hippodrome
When: March 3 to 26

The most enchanted musical of all time, Beauty and the Beast returns to the stage for a new, completely reimagined UK and Ireland tour, stopping off in Birmingham for a run of shows this month.

Spectacularly reimagined using the latest theatrical innovations, Disney’s beloved ‘tale as old as time’ has been brought to life on stage like never before, with all the charm and elegance audiences expect from Belle and her Beast.

Disney first debuted Beauty and the Beast on Broadway 26 years ago. Members of the original creative team have reunited on this new production that features all of the spellbinding songs of Alan Menken, Howard Ashman and Tim Rice ​​including Belle, Gaston, Be Our Guest and, of course, Beauty and the Beast. For more details and to book tickets visit www.birminghamhippodrome.com

What: The Tiger Who Came To Tea
Where: Lichfield Garrick
When: March 5 and 6

Direct from the West End, the Olivier Award nominated smash hit show The Tiger Who Came to Tea is celebrating over 10 years on stage and appears on tour in Lichfield this month. When the doorbell rings just as Sophie and her mummy are sitting down to tea, they wonder who it could possibly be?

What they certainly don’t expect to see at the door is a big, stripy tiger! Join the tea-guzzling tiger in this delightful family show, packed with oodles of magic, sing-along songs and clumsy chaos! Tickets for this stunning stage adaptation of the classic tale of teatime mayhem are priced at £16. For more details visit www.lichfieldgarrick.com

What: Mad Hatter’s Afternoon Tea
Where: Moor Hall Hotel and Spa
When: March 6

Enjoy a curiouser and curiouser afternoon tea with the Mad Hatter, Alice, the White Rabbit, Tweedle-dum and Tweedle-dee at Moor Hall Hotel and Spa on Sunday, March 6. It’s the perfect treat for any Alice in Wonderland fan, young or old, and there is guaranteed to be craziness, fun and even some singing and dancing. You’ll want to make sure you’re on your best behaviour, otherwise the Queen of Hearts might declare it’s “off with their heads”!

Tickets for the afternoon tea experience are priced at £32 per adult and £22 per child, although bear in mind this event may not be suitable for very young children if they are easily frightened. Arrive from 12.30pm for a 1pm start. For more details visit www.moorhallhotel.co.uk

What: Dita Von Teese: Glamonatrix
Where: The Alexandra, Birmingham
When: March 14 and 15

The ever-dazzling International Queen of Burlesque, Dita Von Teese, returns to the stage with the most lavish touring burlesque show in history with her all-new revue, Dita Von Teese: Glamonatrix.

The Glamonatrix tour follows Von Teese’s The Art of the Teese which is the most successful burlesque tour of all time, playing to sold out theatres in cities across the United States, Canada, Europe, and Australia. For more details visit www.atgtickets.com/birmingham 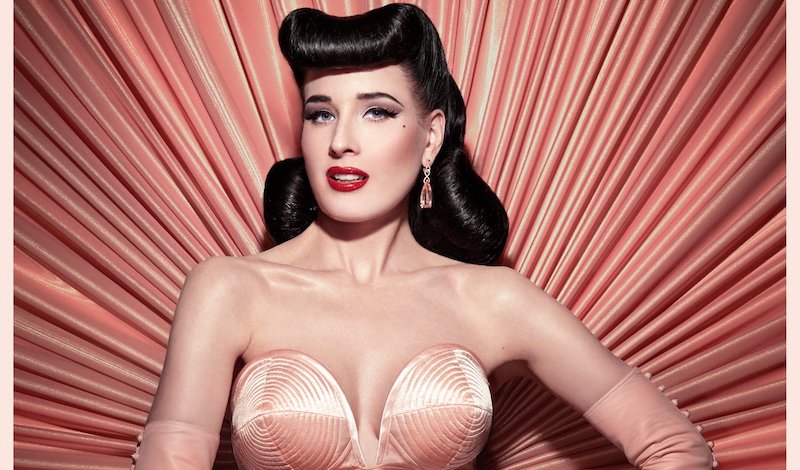 Acclaimed guitarist Remi Harris and his band present an eclectic show featuring music from the acoustic jazz of the ‘30s and ‘40s to the electric blues of the ‘60s and ‘70s. Influenced by such greats as Django Reinhardt, Jimi Hendrix, Peter Green and Wes Montgomery, Remi has dedicated himself to a life of guitar since the age of seven.

His playing has taken him from busking on the streets of his local towns to performing at prestigious events and venues around the world, including the Montreal Jazz Festival, Buckingham Palace, BBC Proms at the Royal Albert Hall with Jamie Cullum, and on national radio and television.

The show will feature a mix of jazz and blues standards, original compositions, improvisations and new arrangements of familiar tunes. Remi will play a variety of acoustic and electric guitars and will be joined on stage by Tom Moore on double and electric bass and Shane Dixon on drums. Doors open at 7.45pm and tickets are just £12. For more details visit www.lichfieldarts.org.uk

What: REVENGE by Robin Hawdon
Where: Tamworth Assembly Rooms
When: March 17 and 18

Directed by Louise Jameson (EastEnders, Doc Martin, Doctor Who, Bergerac), the national tour of this cat and mouse stage-thriller stops off in Tamworth for two nights only.

Bill Crayshaw MP, leads a charmed life, hailed in the corridors of Parliament, lauded in business, and loved at home. That is until he returns from a business trip to find his party agent has been killed in a terrible, tragic accident – or was it?

Mary Stewart isn’t so sure and arrives at his door asking some awkward questions – in reality, is his success founded on murder, corruption and double-dealing? But how does she know so much about his private life – a jealous journalist peddling seedy lies? This one seems prepared to go to extraordinary lengths to ensure his political, business and personal lives are ruined. Is her motive journalism, blackmail, seduction… or revenge?

As the tension mounts and suspense increases, shots ring out and the initial game of cat and mouse turns into a deadly battle, twisting and turning between truth and lies, to reach a thrilling climax that will keep audiences guessing until the final curtain.

Tickets are priced from £19.50, visit www.tamworthassemblyrooms.co.uk for details.

What: Lichfield Literature Festival
Where: Various
When: March 24-27

This month brings a packed programme to town for the Lichfield Literature Festival, with something for every bookworm. History fans will enjoy events with leading UK historians, including Simon Thurley discussing the Stuarts, Tristram Hunt on ‘the radical potter’ Wedgwood, and Tracy Borman reflecting on the British monarchy. Magician-comedian Ian Keable explores the 18th-century hoax, Jay Rayner performs his hit show about killer dishes, and Amy Jeffs journeys through mythological Britain.

For those with a nose for non-fiction, there’s Anita Sethi’s brave and brilliant book of nature-writing; former soldier Harry Parker at the frontiers of man and machine; BBC Radio 4 presenter Justin Webb reflecting on his childhood; former BBC R4 Today programme producer Sarah Sands taking inspiration from monasteries around the world; and researcher Yen Ooi exploring the ancient Chinese philosophy of Rén.

Children will love hearing from Christopher Lloyd how Nature operates in a world without humans, as well as drawing with official World Book Day Illustrator Rob Biddulph. For full programme details and to book tickets, visit www.lichfieldliteraturefestival.org

Now in its tenth year, the “biggest and best vintage fair in the Midlands” returns to Sutton Coldfield Town Hall this March. With 70 stalls of vintage fashion, arts, crafts, homewares, style and tasty treats brought to you by traders from across the UK, there’s plenty of browsing and delights to discover.

Lovers of vintage style and fashion won’t want to miss out on this extra special event. Head along to explore three whole rooms of great atmosphere and unique finds, full of colour and creativity. Plus, there is live entertainment  livening up the Hall throughout the day, and a wonderful selection of cakes and refreshments if you need some sustenance for all that shopping!

Entry to the Fair is £1 per person, with entry between 11am and 4.30pm. For more details visit www.suttoncoldfieldtownhall.com

What: An Audience with Wayne Sleep
Where: Tamworth Assembly Rooms
When: March 30

Wayne Sleep invites you to join him as he looks back over a glittering career spanning five decades. Using his own rare film footage and photos, Wayne will describe how he became a Principal Dancer at the Royal Ballet before going on to starring roles in the West End, founding his own dance company, and touring the world with his own show.

His first steps into the world of film and TV are illustrated with rarely seen clips and cover his TV series The Hot Shoe Show, being a special guest on The Morecambe and Wise Show, starring alongside Sean Connery, and off-camera gossip from The Real Marigold Hotel.

Wayne will talk about everything from his celebrity reality show appearances to his relationship with Princess Margaret and close personal friendship with Diana, Princess of Wales. Finally, any evening with Wayne wouldn’t be complete without a dance step or two and the audience won’t be disappointed. Doors open at 6pm for a 7.30pm start. Tickets are priced at £20.50-£22.50. For more details visit www.tamworthartsandevents.co.uk