Upstairs, on Bore Street, has earned rave reviews and been booked solidly since its launch in October last year. The Michelin guide announcement today (February 16) makes it the only restaurant in Staffordshire to have ever received the honour, noting Tom’s confident cooking and his experience shining through on beautifully presented modern British dishes with well-thought-through flavour combinations.

Named due to its position above his father Paul’s family-run jewellery shop, City Jewellers, in the heart of Lichfield, Upstairs promises a contemporary British fine dining experience, with Tom and his team creating flavour-led, produce-driven menus inspired by the seasons and surroundings.

Tom said: “I’m absolutely elated that we’ve been awarded a Michelin star, especially given we’ve only been in operation for four months. In addition, being the first ever Michelin Starred restaurant in Staffordshire only adds to the enormity of the achievement.” 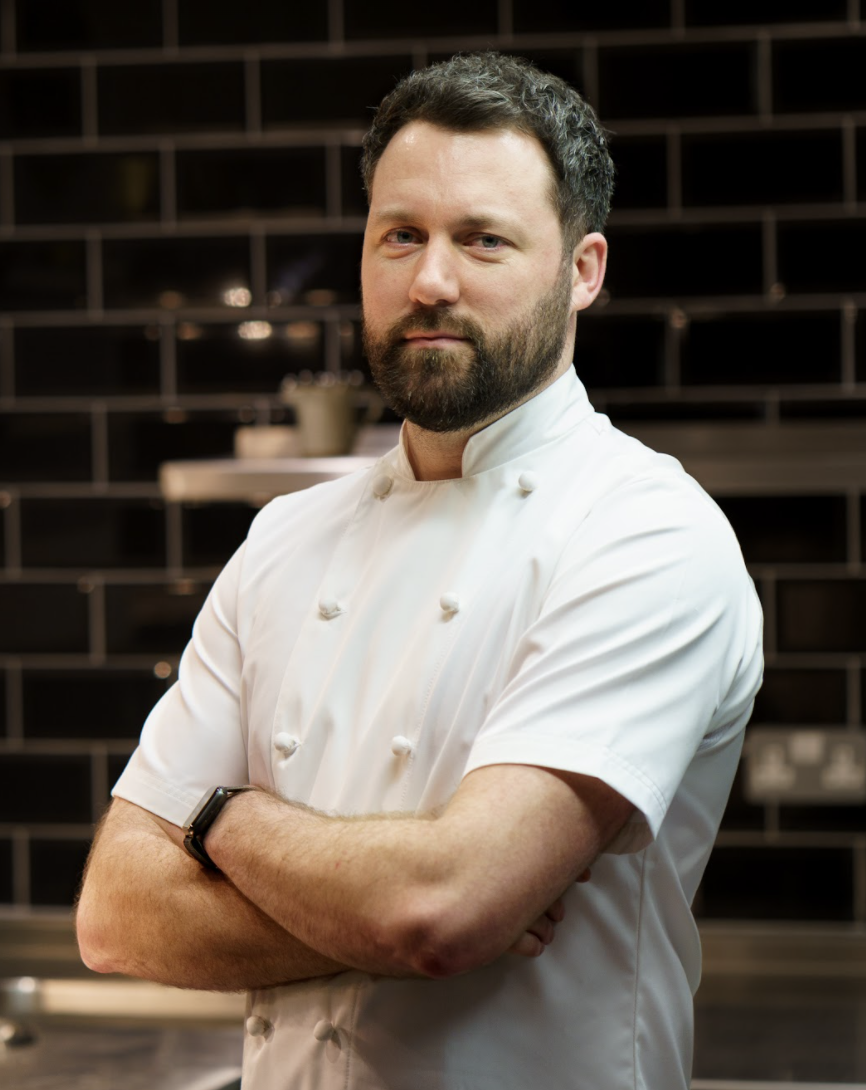 Sutton Coldfield-born Tom is no stranger to Michelin, having previously retained Birmingham eatery Adams’ star – as well as three AA Rosettes – during his tenure as head chef.

Before opening Upstairs, Tom made a name for himself in Lichfield with his innovative Dine at Home box collaboration with Sauce Supper Club, serving weekly fine dining menu boxes to discerning diners around the city and beyond throughout the Covid-19 lockdown.

Speaking to J’AIME ahead of Upstairs’ opening last year, Tom said: “We want to create a restaurant which, in my opinion, is yet to be seen in Lichfield. We really want to bring a new experience, and we hope that when people walk through the door they notice that difference in delivery.

“They can sit down, have some incredible food, because how we source and how we cook is what I’ve learned throughout my whole career and that’s not going to change, it’s going to be elevated even here.

“We want to produce a restaurant that will fulfil, and hopefully exceed, people’s expectations.

“I’ve worked in some incredible restaurants and with some incredible people, and it’s time now to go it alone. And the fact that it’s here in Lichfield, above my dad’s shop, couldn’t be more perfect.”

And now, with the news of the industry’s most prestigious accolade, Tom has certainly exceeded every expectation, cementing Lichfield’s growing reputation as a culinary hotspot.