Primary school teacher and fitness instructor Nicola Willis, from Lichfield, is pioneering a new type of fitness class aimed at parents – where they can work out with baby in tow. Amy Norbury discovers more

Primary school teacher Nicola Willis has always had a passion for fitness and exercise. Living and working in central London, she trained as a group exercise instructor, hoping to share her love of staying active.

And when her school lost the use of its outdoor space, leaving the children with nowhere to run around and let off steam, Nicola jumped at the chance of helping to keep her pupils active.

“The school was having a new playground put in so we lost the playground and, being in central London, there was nowhere for the kids to play,” says Nicola, who now lives in Lichfield.

“So I thought that if I taught aerobics, it would be an extra active session for them.”

Rather than call the classes ‘aerobics’, Nicola wanted something which would be more appealing to her pupils. Inspired by her and husband John’s recent first wedding anniversary trip to Tanzania – where they climbed Mount Kilimanjaro – she researched Swahili, the language spoken in Tanzania, for ideas.

“It’s such a singsong language, which fitted perfectly with the classes, and I came across the word ‘Wimbo’, which means rhythm.”

And so, WIMBO Fitness was born. 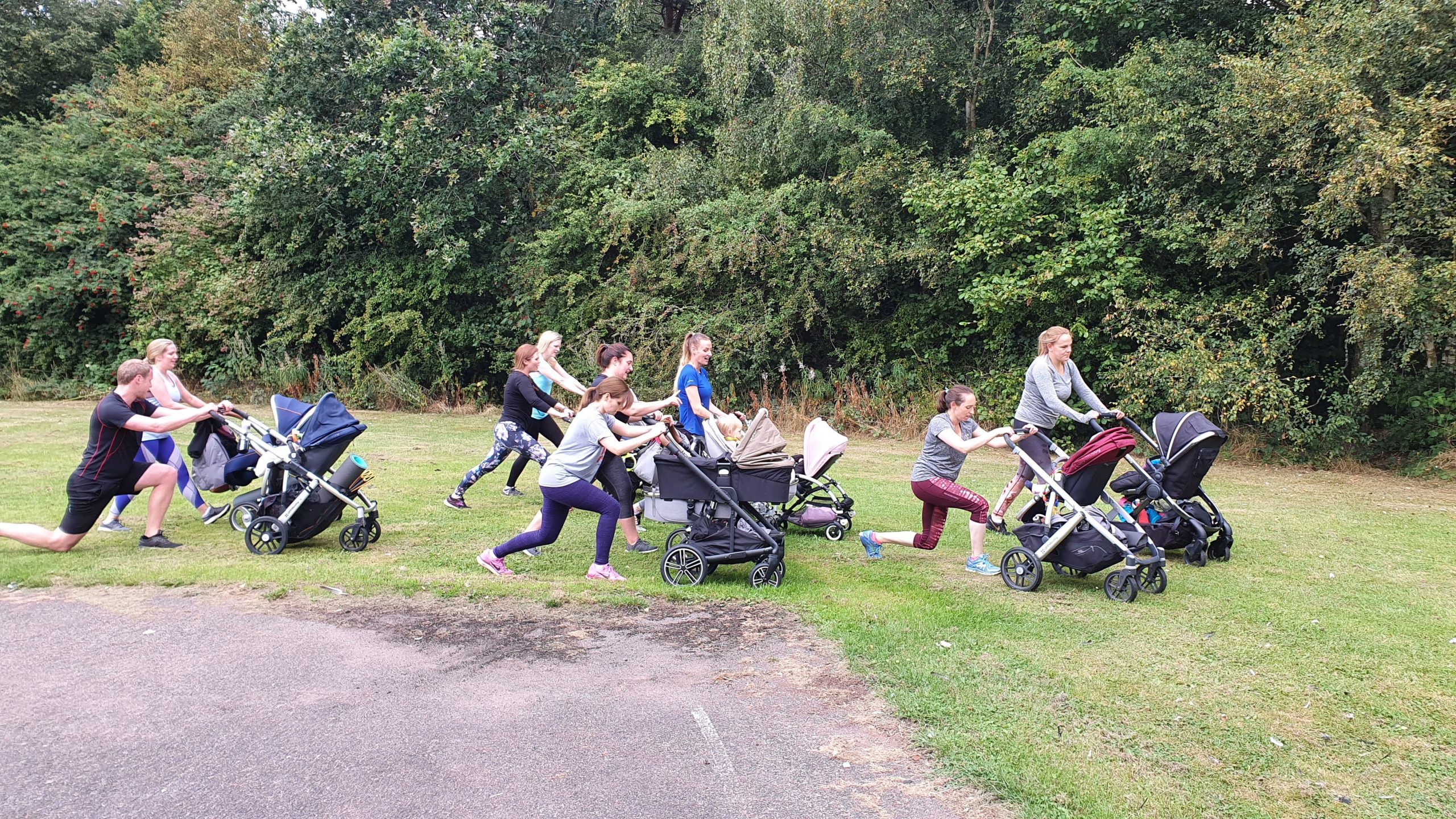 With the classes proving a hit with the pupils, Nicola then started teaching aerobics classes to school staff after school as part of staff wellbeing, before training to teach pilates.

When Nicola discovered she was pregnant with her first child in early 2020, she didn’t want to give up exercising, but needed to ensure she could keep herself and bump safely active throughout her pregnancy. So she decided to train as a pre and post natal exercise specialist too.

But then, the coronavirus pandemic hit, forcing the whole country into lockdown. As a key worker, Nicola continued to teach full time – but missed her previously active lifestyle. So she decided to take her fitness classes online.

“I was teaching pilates and aerobics online every week, for friends and family, throughout lockdown, just to keep everyone active, for free,” she says.

“I was teaching every day, which really helped me to get through it because it gave me something else to do.”

Nicola, who’s originally from Walsall and now has family in Shropshire, and John, whose family lives in Derbyshire, decided to make the move back to the Midlands to be closer to their families in time for the arrival of daughter Ivy, now 16 months old.

The couple settled in Lichfield as the perfect midpoint between their two families, as well as being easily commutable back to London for John’s work.

Nicola and Ivy lead a Buggy Beat class in the park

When baby Ivy arrived in September 2020, Nicola wanted to find a way to involve her and her baby friends in her fitness classes. She realised that, as a new parent, it can be difficult to carve out time away from baby to attend a traditional fitness class, but that most baby classes are, understandably, focussed on baby’s needs rather than the needs of the parent.

The brand of pilates Nicola teaches is Fitness Pilates, which was founded by UK fitness personality Rachel Holmes. Rachel also pioneered the Buggy Beat idea – which Nicola decided would be the perfect way to incorporate Ivy into her work.

Buggy Beat is a cross-training class for parents and babies to attend together. Incorporating elements of cardio, tabata and pilates, it’s a class where parents can work out with their babies in tow. The initial run of Buggy Beat classes started last August in Lichfield’s Beacon Park.

While Buggy Beat is a fitness class for parents, it’s completely baby-led, with feeding, changing and entertaining the little ones all part and parcel of proceedings.

“It’s all about having fun; you get active but you can work as hard as you want,” says Nicola. “It’s a class for the parents, not the babies, but the babies are always well entertained by their parents prancing around in front of them.

“And I found that in other baby classes, especially during the pandemic where you had to be two metres apart from other people, that you’d go to the class, do the class and then go home, and you hadn’t really spoken to anyone.

“I wanted to make Buggy Beat more of a social thing, we’re here for the parents. When we were outside there wasn’t the issue of keeping distance, so we have a section where we walk around doing walking lunges and I try to encourage everyone to have a chat at that point. 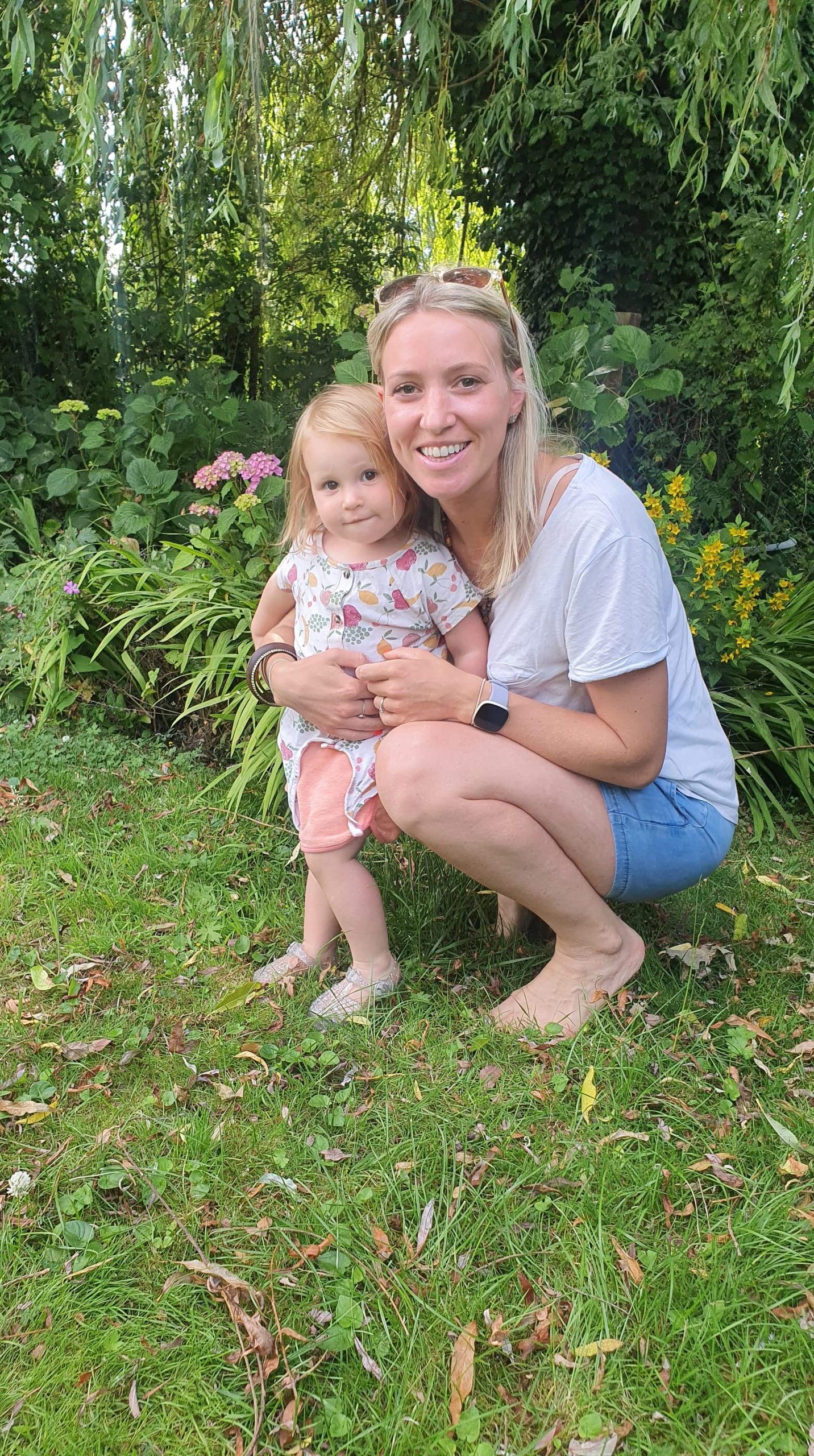 “Then we always have a coffee afterwards; in the park we’d go to a local cafe afterwards.”

But as winter hit and temperatures plummeted, Nicola realised that outdoor classes wouldn’t have as much appeal. So she found a temporary indoor space in Mere Green, before moving to Buggy Beat’s new home for 2022 in Shenstone, at the Cooper Room on Main Street.

Following a successful indoor run, Buggy Beat has moved back outside for summer, with classes running every Monday from 10am to 11am in Lichfield’s Boley Park, finishing with a social cuppa and chat in Insomnia Cafe.

Under the growing WIMBO Fitness brand, Nicola also offers online Fitness Pilates classes, with two 20-minute classes each week. These are pre-recorded in Nicola’s home fitness studio to make them accessible to the busiest of clients, and cost just £15 for a five-week course.

Nicola relishes life as a busy working mum; as well as juggling her fitness classes with looking after baby Ivy, she still teaches one day a week at a private primary school in Derby.

“I love being busy,” she says. “It’s how I’ve always been, and I’m looking forward to sharing my knowledge and passion for exercise as WIMBO grows.”

Nicola runs Buggy Beat classes in Lichfield’s Boley Park on Mondays from 10am to 11am. The next four-week course runs from August 1 to 22 and is priced at £24, or £8 per session to pay-as-you-go. For more information follow Nicola on Instagram @WIMBOFitness and search for Buggy Beat with WIMBO Fitness on Facebook, or visit wimbo-fitness.mailchimpsites.com