MasterChef: The Professionals favourite Bart Van der Lee is helping people to up their game in the kitchen, thanks to his new online Culinary Masterclass. Amy Norbury caught up with the talented chef – and you could win access to his delectable course

Since reaching the final of MasterChef: The Professionals last year, Bart Van der Lee has been a chef in demand.

From working behind closed doors as the private chef for a family in Chelsea, the 33-year-old was catapulted into the spotlight, thanks to his television success which saw him consistently wow judges Michel Roux Jr, Monica Galetti and Gregg Wallace.

Eagle-eyed foodie fans may have spotted the Netherlands native cycling around Lichfield earlier this year, firstly when he spent a week in the cathedral city with the team at Sauce Supper Club, creating an exclusive recipe box for their ‘Dine at Home’ customers, and then when he popped up at Sauce’s home Thyme Kitchen for a delicious dinner experience in July.

And now, Bart is aiming to help food fans up their own skills in the kitchen, thanks to his online Culinary Masterclass course. With eight video classes featuring an array of delectable starters, main dishes and desserts, the course will enable even those less confident cooks to create a stunning three-course dinner in their own home. 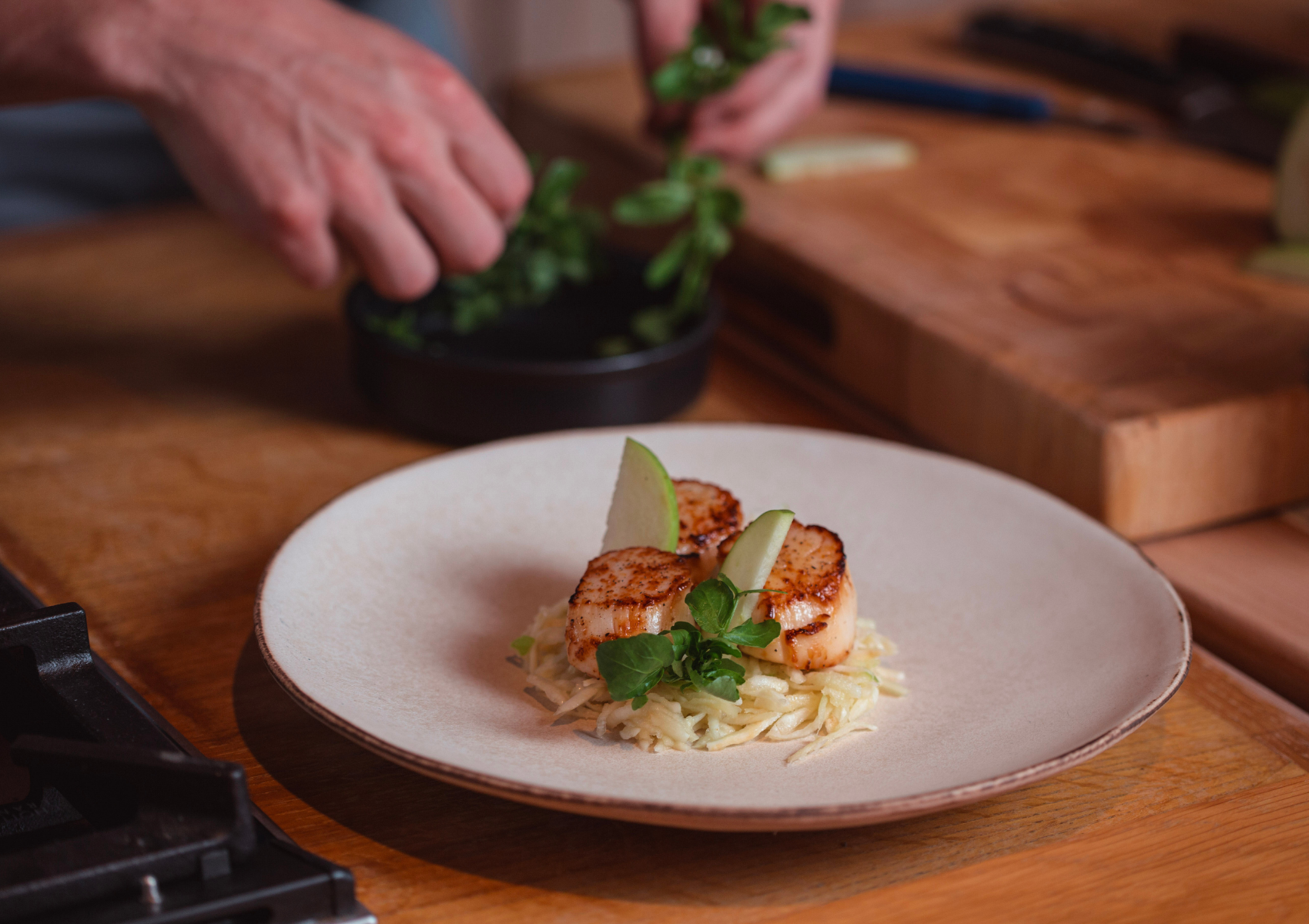 Bart will be teaching the tricks of the trade in his new Culinary Masterclass.

“The main reason behind the masterclass is that, because I’m a private chef, I work behind closed doors, and I don’t get to share my food in the same way that I would if I worked in a restaurant,” explains Bart.

“People are really interested in cooking and learning, and want to be better in the kitchen, so the masterclass is a great way for me to help people with that.”

Each beautifully-shot video gives you all of the detailed instructions you need to recreate Bart’s tasty dishes, from perfectly seared scallops to pancetta-wrapped monkfish, a beautiful rack of lamb to an indulgent chocolate fondant.

“These are beautiful dishes which aren’t too difficult or time-consuming to make, but might require a few tips to finish them off correctly,” says Bart.

“I like to show people how to take care of the details, with some chef’s tricks and tips which people can use to elevate their cooking” 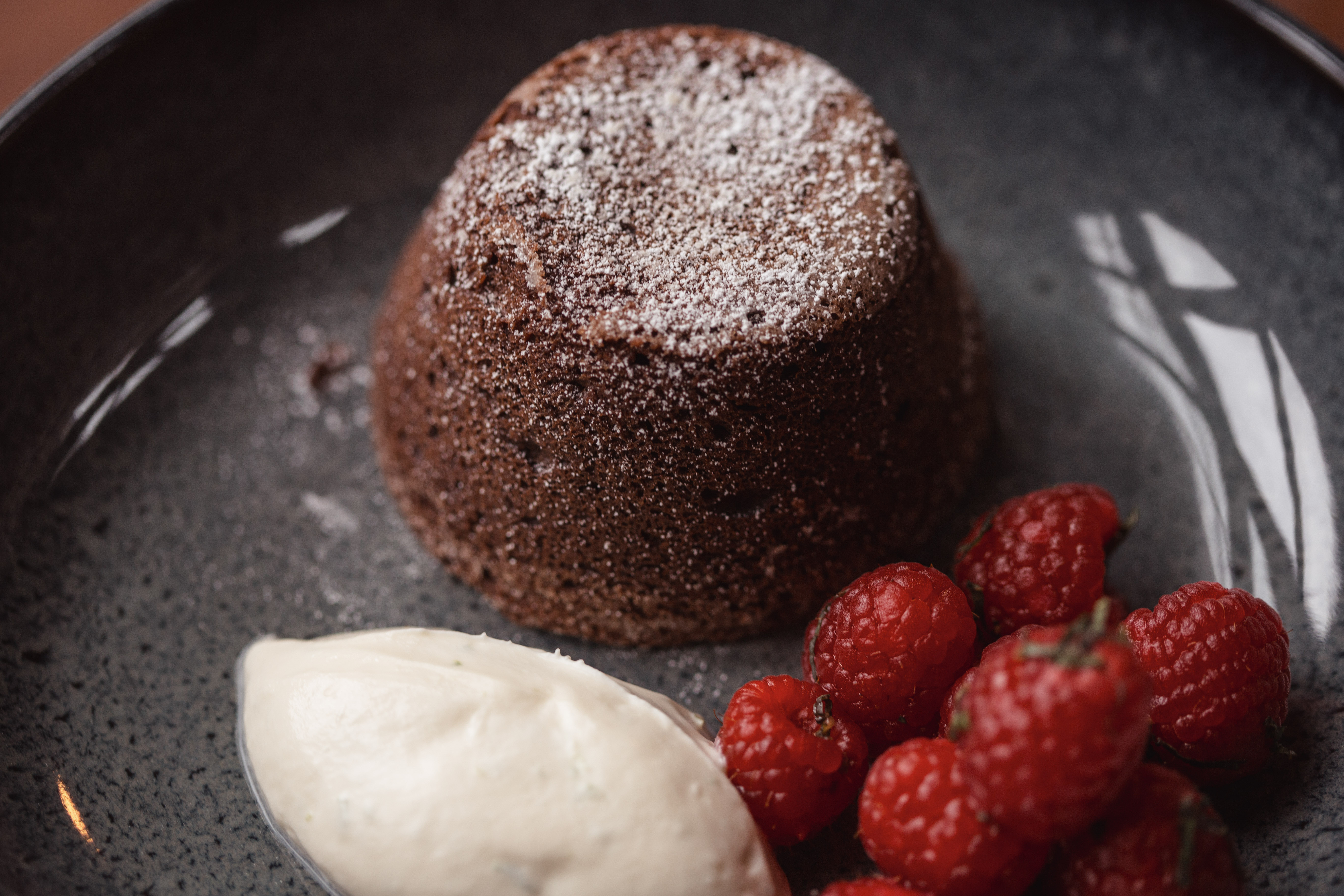 An indulgent chocolate fondant is just one of Bart’s new recipes.

The recipes included in the masterclass are all favourites of Bart’s, which he has perfected over a long culinary career working all over the world.

“I’ve always been wild and free, I wanted to travel and when i was old enough I set my sails, started working in some of the most beautiful restaurants around the Netherlands, with chefs who have taught me everything, my love for produce, my love for fish, and all these amazing techniques I’ve picked up working with these amazing chefs,” says Bart.

After honing his skills in Michelin-starred kitchens, Bart took on his first head chef position at the age of just 22, in the luxury Resort of El Gouna, on the red sea coast in Egypt. From there, he travelled to the Caribbean, as head chef at an ultra luxury resort in Turks and Caicos.

It was there Bart met his wife Ana, and after years living on the other side of the world the couple decided that it was time to move back to Europe and be closer to their loved ones. London came into the picture, and that is what they have called home ever since. The reason to come back was family, and not long after that they have created their own, as parents to their two little ones.

Learn some professional techniques to up your game in the kitchen.

“Food is what we live, what we breathe and what we do every single day,” says Bart. “People gather around food, it’s such an amazing thing to bring people together, around the table, to share the wine, share the bread and have that experience of having something delicious.

“I hope my masterclass will help to share some of my passion and knowledge, and things which will bring families together over a beautiful meal.”

With the first Masterclass now live, Bart is already planning a second course, as well as a meat speciality course, where he plans to dive into different cuts of meat and look at the best techniques for preparing and cooking each piece properly.

Bart says: “My goal is to build up an online classroom, featuring beautiful, classic dishes and techniques that every good chef should know.”

Bart Van der Lee’s eight-class Culinary Masterclass is available now at masterclass.bartvanderlee.co.uk priced £49.95. Visit the website for more details and to sign up. 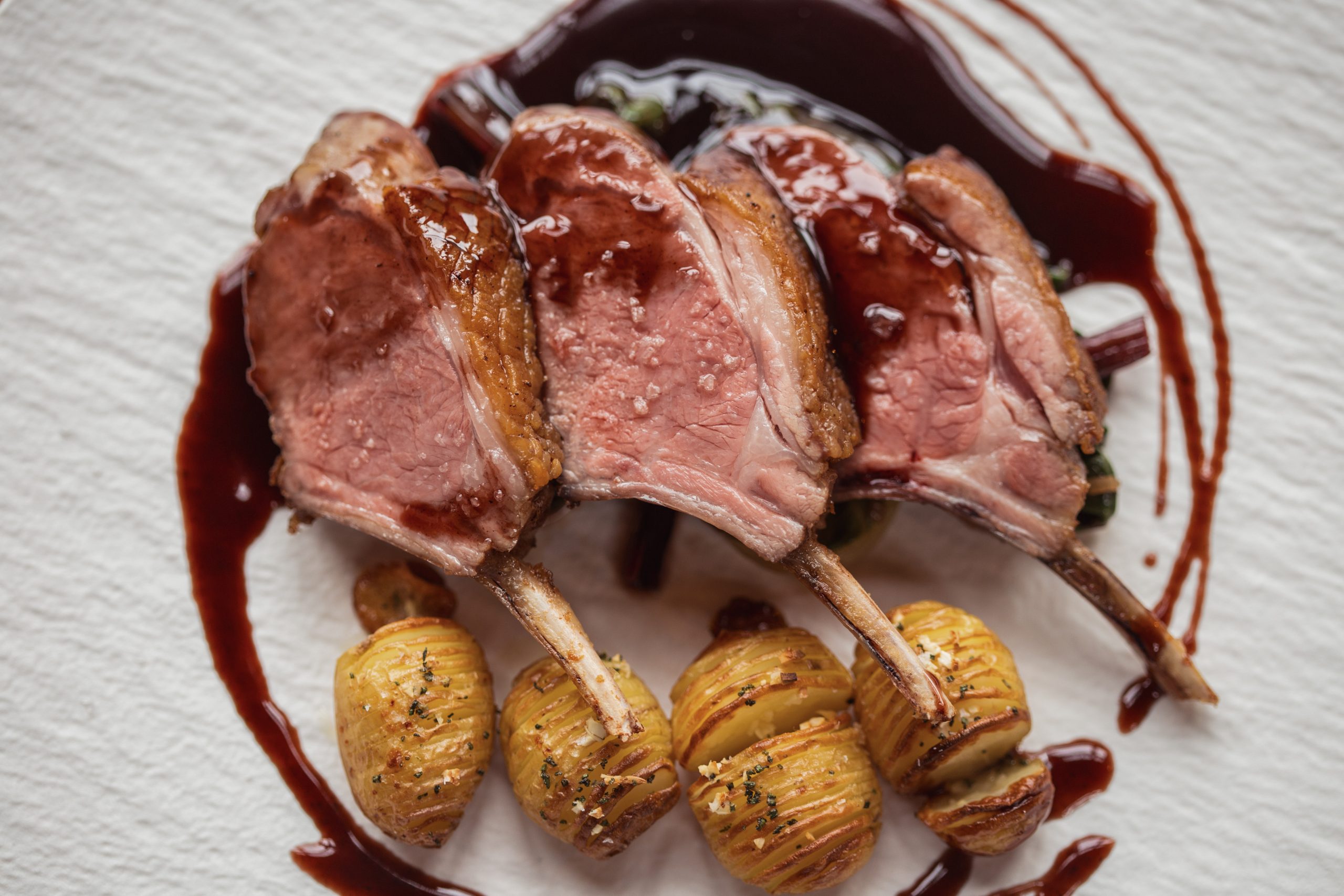 You can win an online masterclass with Bart Van der Lee in our competition.

J’AIME has teamed up with chef Bart Van der Lee to offer readers the chance to win one of three online culinary masterclass courses, worth £49.95 each. For your chance to win, simply answer the following question:

Which television competition did Bart reach the finals of last year?

Send your answer, along with your name, address and contact number, by email to competitions@jaimemagazine.com with the subject heading Masterclass Competition. The competition will close at midday on Friday, October 1 and the winners will be notified by email shortly after.