Lichfield chef Jack Dubberley, of Dubberley Delicious, takes a look at some of the best seasonal produce available right now – and how to make the most of nature’s larder.

Since opening his unique fine dining chef’s table in Lichfield back in May 2021, Jack Dubberley has cemented his place as one of the city’s top foodie finds. Offering bespoke fine dining menus from his tiny space in a cabin at The Plant Plot garden centre, Jack’s not-a-restaurant – Dubberley Delicious – has earned rave reviews for its innovative approach to fine dining. 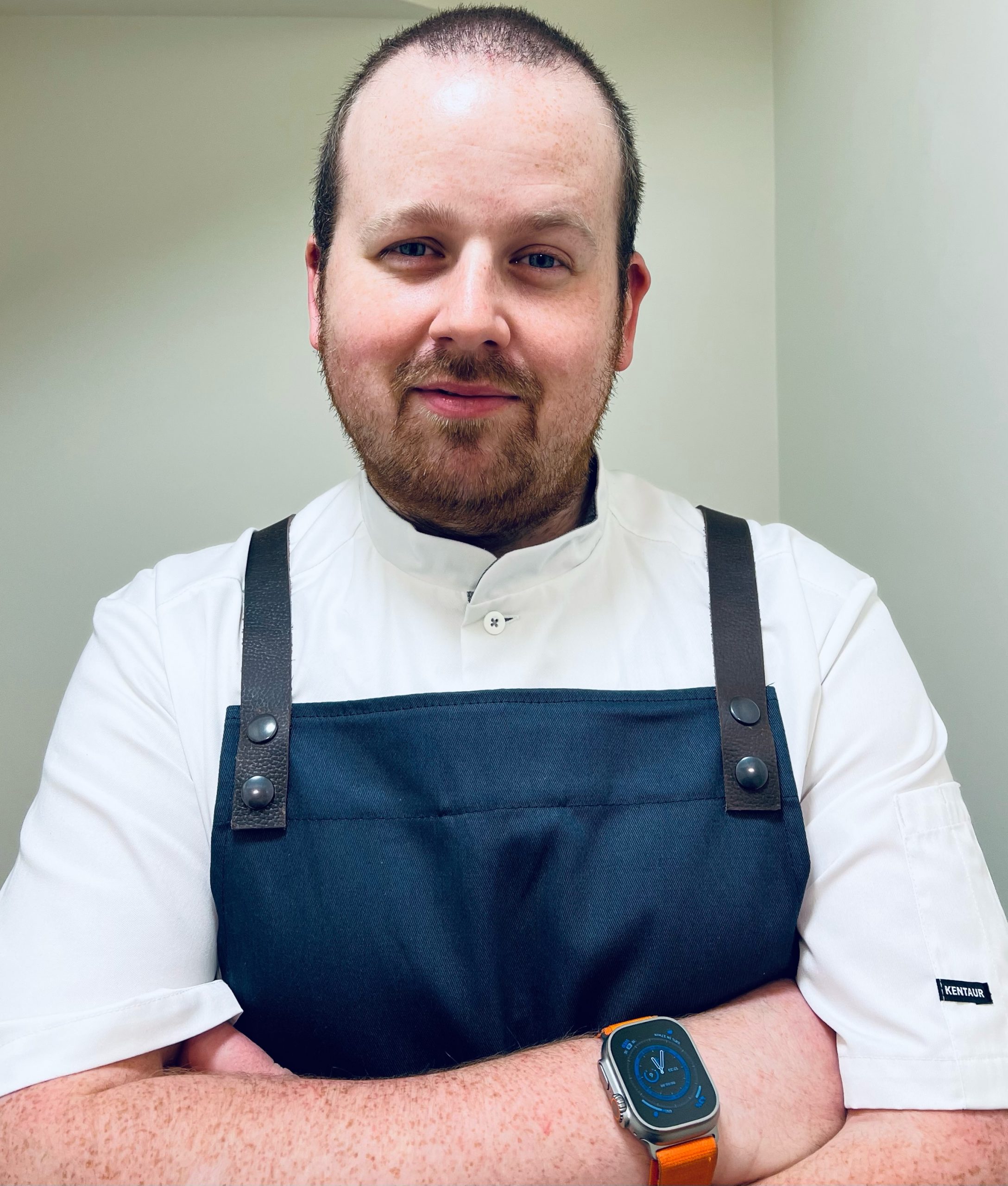 Jack has begun 2023 with the exciting announcement that he is moving his eponymous chef’s table experience into Lichfield city centre – with the new restaurant due to open in spring. The larger space, in the heart of Lichfield on Tamworth Street, will remain a private fine dining experience, but will allow Jack to cater for larger parties than his current maximum of ten.

Key to Jack’s success has been his passion for produce, using only the finest in-season ingredients – including many he has foraged himself. Preserving foraged ingredients for year-round use is particularly important to Jack-with techniques including pickling, fermenting and turning produce into oils all ways in which Jack gets the most from his bounty. 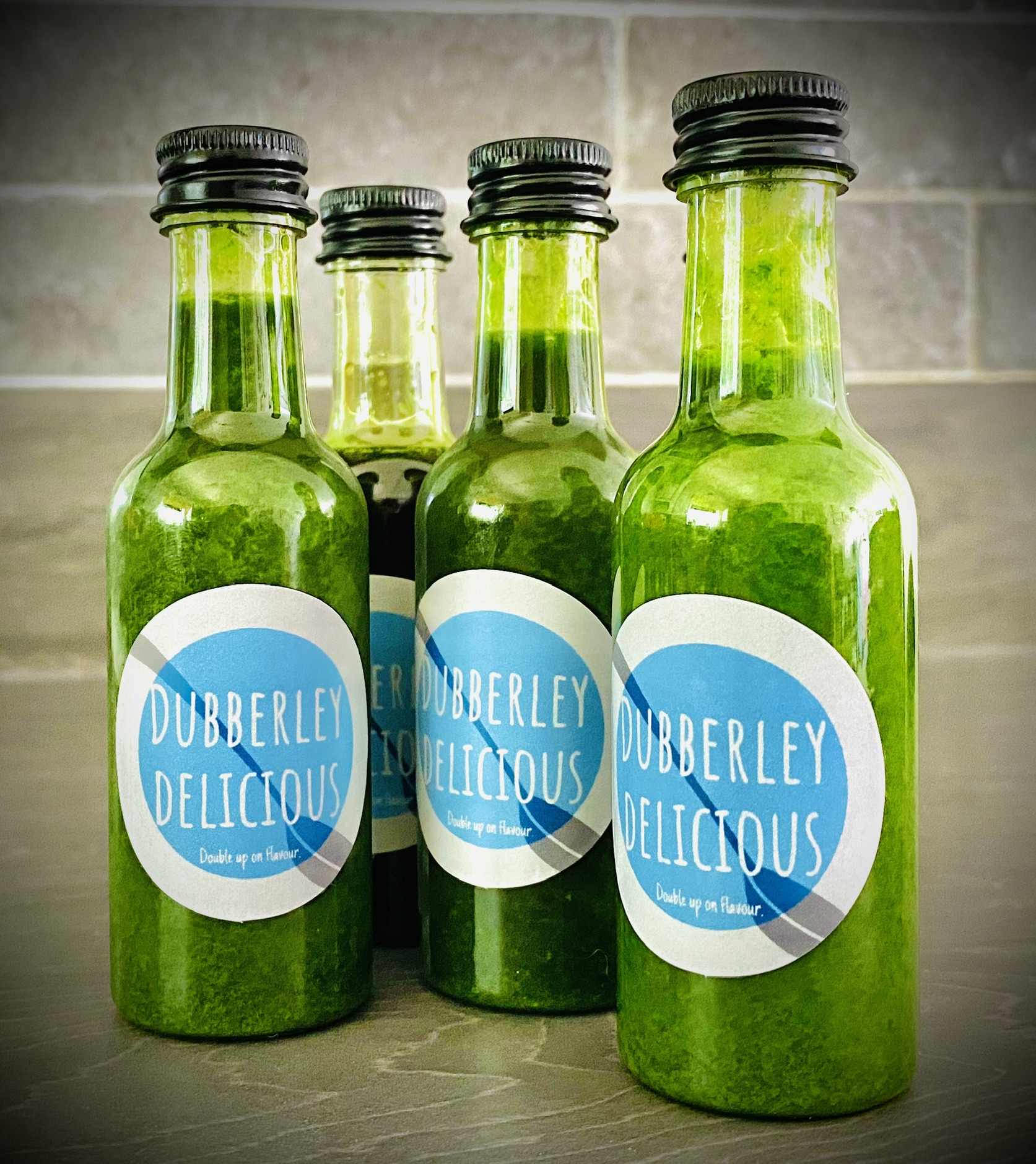 Oils such as Jack’s wild garlic oil, are a good way to preserve foraged ingredients for later use

Jack says: “One of my favourite chefs Tommy Banks talks about ‘the hunger gap’, which is the difficult time early in the year when very little fresh produce can be harvested in the UK.

“To get through this, as we go through the year and ingredients come into season we can make the most of them by preserving things for later use. It’s particularly useful when you get to this time of year and there’s not so much fresh, seasonal produce around.

The first big target in Jack’s foraging calendar is wild garlic, which usually comes into season in February -weather permitting. There are plenty of good garlic foraging spots around Lichfield, where the plant grows in abundance. One of Jack’s signature dishes is his wild garlic popcorn, which he serves year-round-meaning he needs to stock up and preserve as much wild garlic as he can when the time comes. 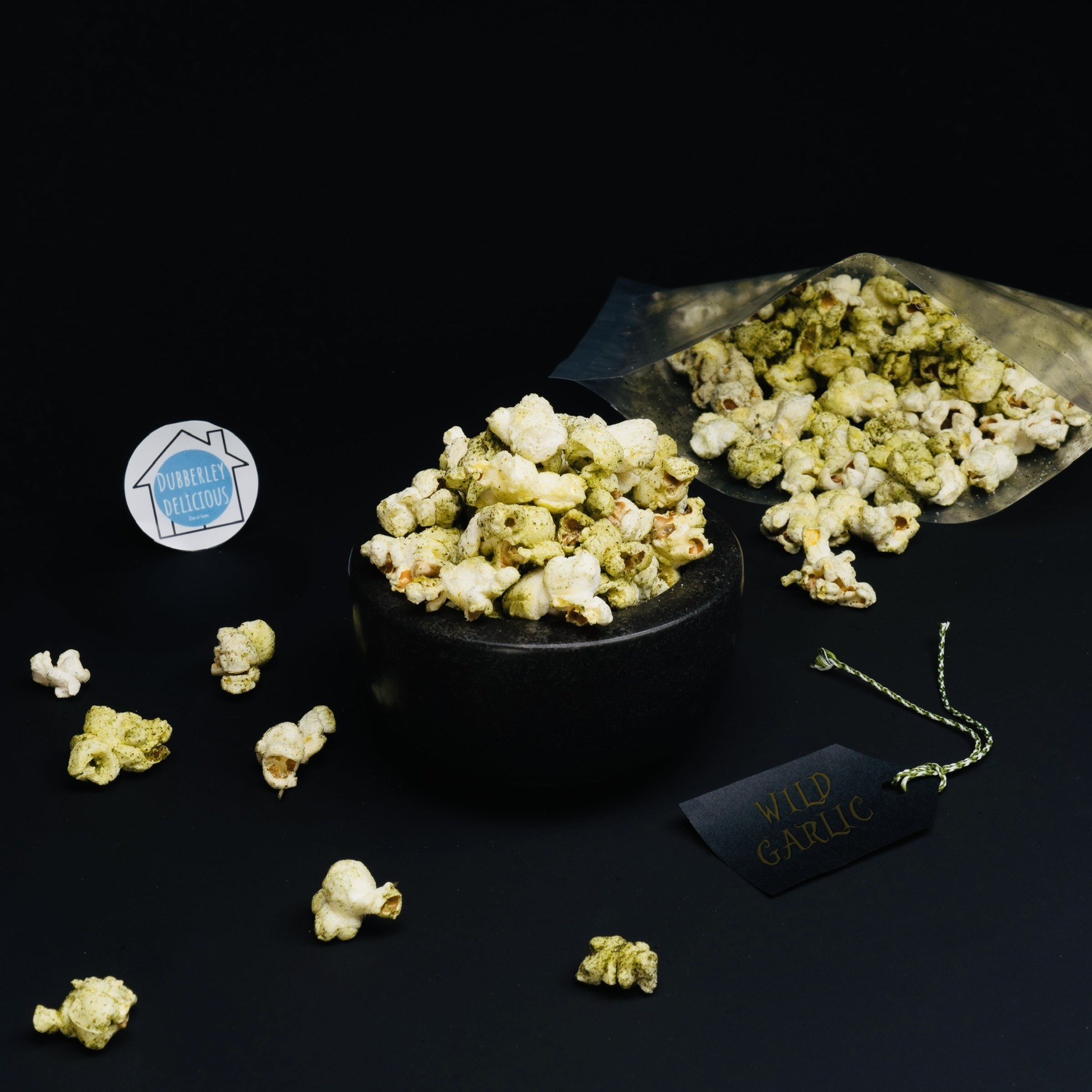 “I have to make around 40 to 50 litres of wild garlic oil to last me the year,” says Jack. “I use it for popcorn mostly, but you can use it to dress a dish, to make a mayonnaise to go with langoustines, there are so many uses for it.

“You can also ferment the leaves, which gives a really intense flavour. With wild garlic you also have the buds before the plant starts flowering, the flowers themselves which you can use as a fresh garnish, and then a few weeks after the flowers have died the garlic capers come out.

“You have to be there at exactly the right time to get the capers though; and if it’s windy then you can find they’re all gone. The capers are great though; you have to salt them down for a couple of weeks because they’re really hard, just like normal capers, and then pickle them. They just explode with flavour, you can use them in a beautiful sauce for fish, or to add to a salad – they’re great if you really like garlic!”

When it comes to pickling, Jack mostly prefers to use a neutral rice vinegar to let the flavour of the produce shine through.

“For me, rice vinegar has the least amount of flavour to it; it’s not overpowering. If you use something like sherry vinegar it’s really tangy and can be too much.

“I use rice vinegar for most of my preserving. A lot of chefs will have their own pickle recipes with combinations of vinegar and aromats but, for me, I feel it often masks the flavour of the ingredients.”

In the land-locked Midlands, Jack says after the wild garlic season is finished you should be on the lookout for elderflower and cherry blossom – both of which are perfect for making cordials. However, he says, you need to be careful when foraging elderflower as it has a near-identical appearance to a member of the nightshade family.

“Elderflower grows everywhere but it has a similar appearance to a nightshade plant so you need to be careful; elderflower has an unmistakable scent though, so if you’re unsure just smell it!”

While seasonal vegetables are thin on the ground at this time of year, Jack says that a couple of less-common root veggies are good to try right now.

“Jerusalem artichokes are great to use now; they’re similar to a potato and are particularly great as a delicious puree -I featured a Jerusalem artichoke puree with some Jerusalem artichoke crisps on our New Year’s Eve menu. You can also just roast them whole, scoop out the flesh and cook it down with some shallots, onion, garlic, then dry out the skins and fill them back up like loaded skins. It’s really versatile. 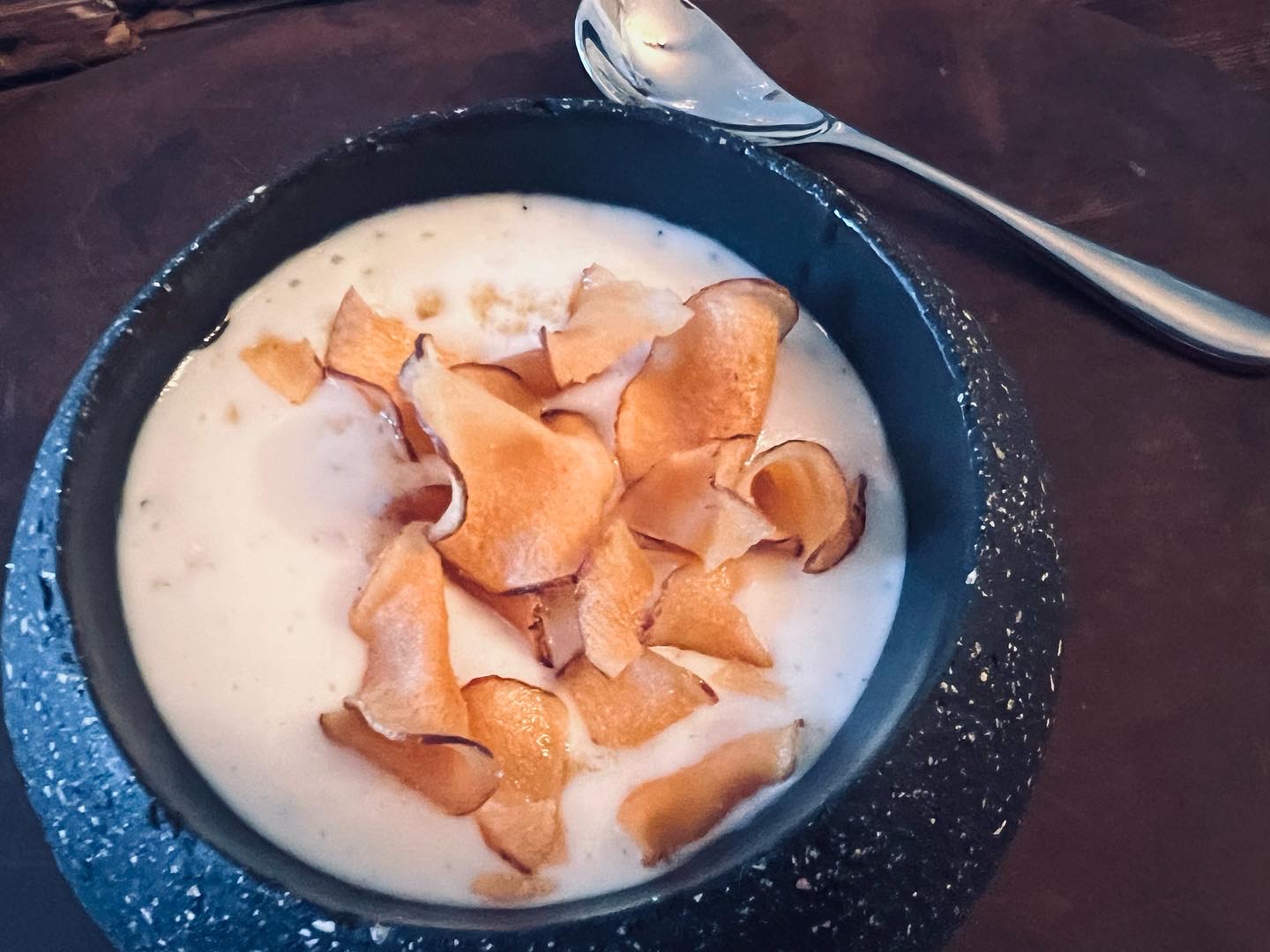 Jack’s other top tip to try is kohlrabi, a member of the turnip family which works particularly well with white fish. The earthy flavour is brought out by using plenty of butter in the cooking process – one ofJack’s favourite ideas is to top and tail the kohlrabi and peel with a knife before roasting in a pan with plenty of butter then cooking slowly in a low oven until soft. 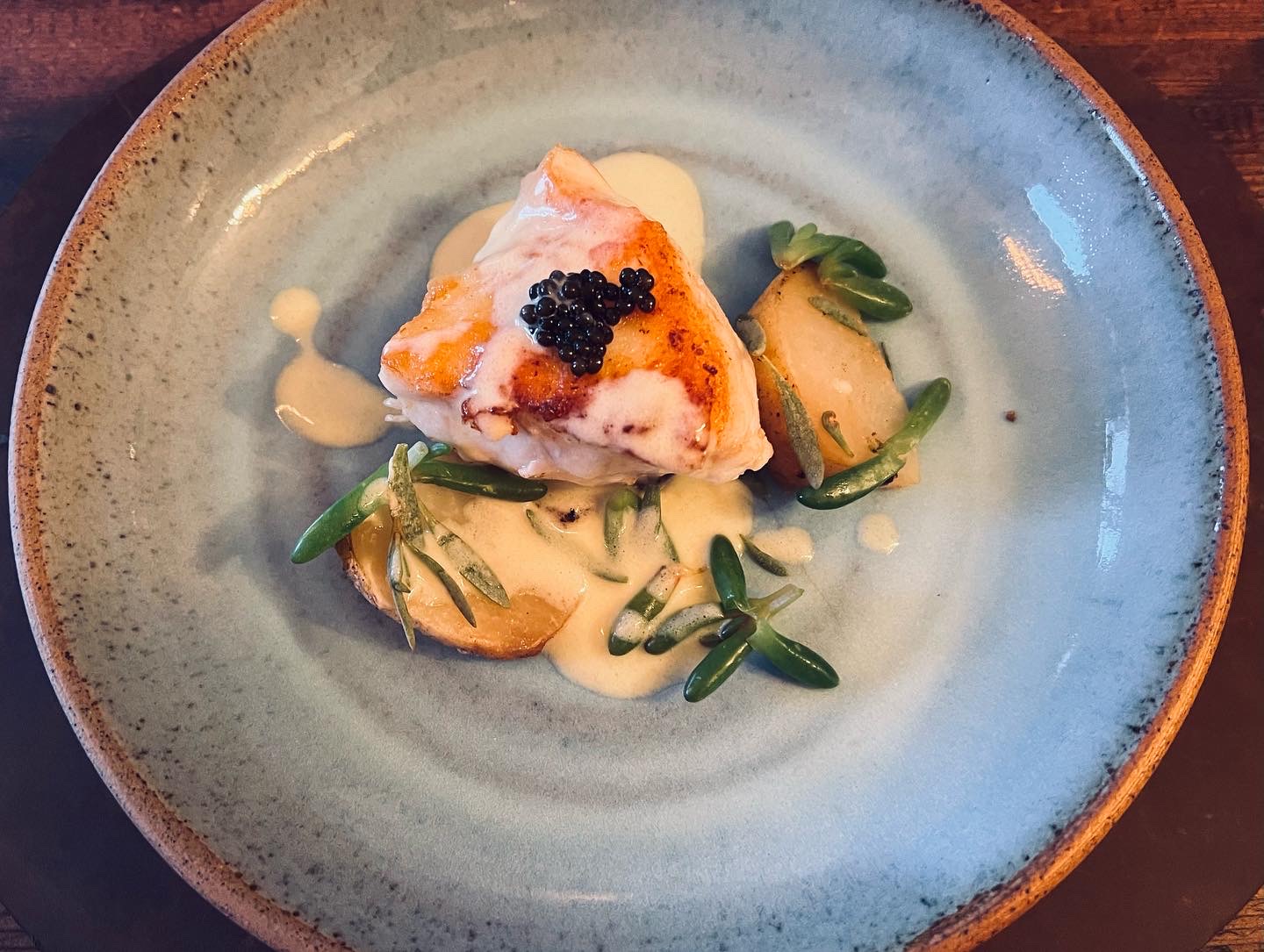 Kohlrabi is a great partner to white fish, such as this turbot